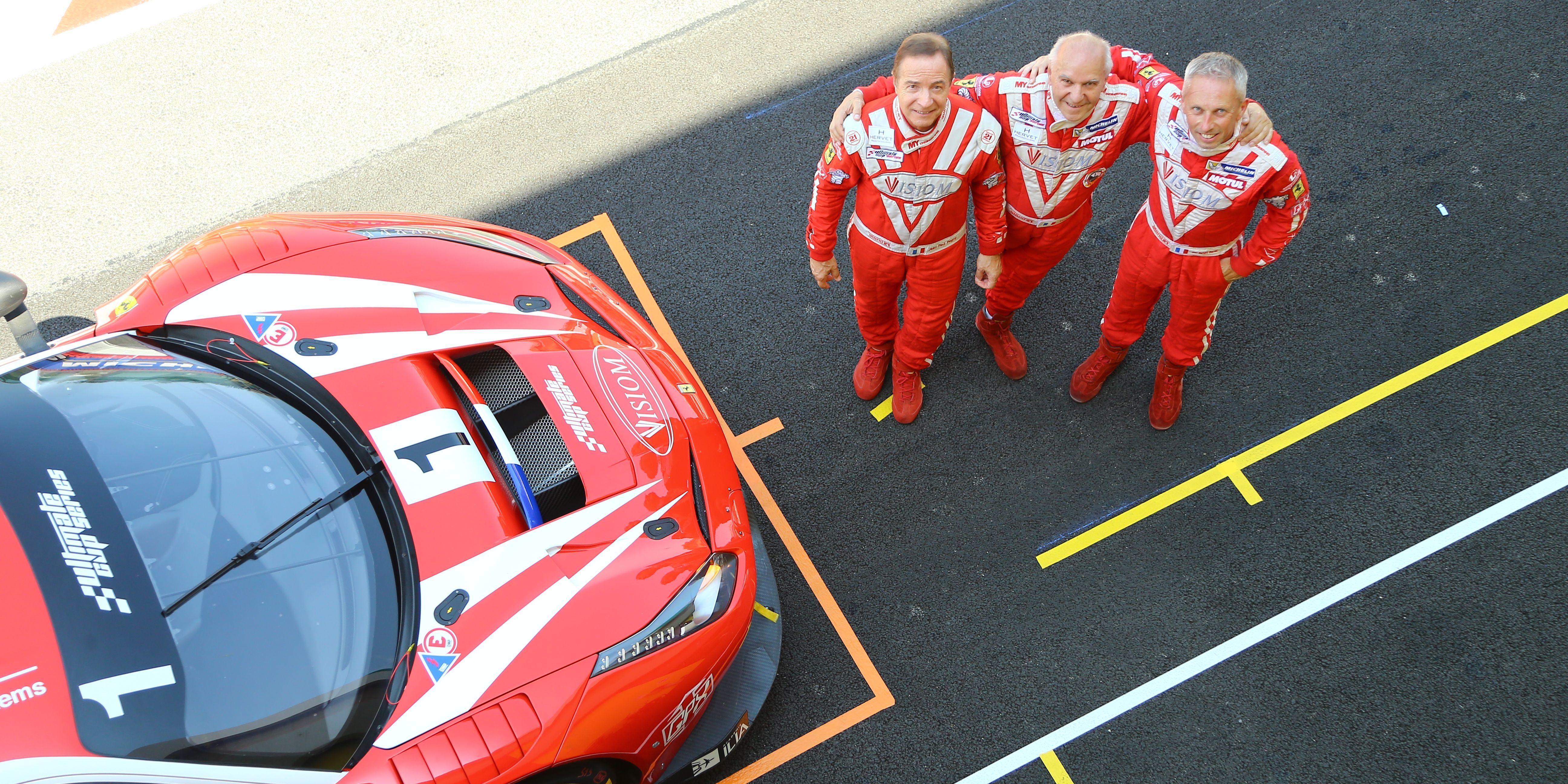 The fourth round of the Ultimate Cup Series at Mugello included a four-hour race for the GT Endurance drivers. After two consecutive victories at Dijon-Prenois and Slovakia Ring, Jean-Bernard Bouvet, Jean-Paul Pagny and Thierry Perrier arrived with a significant lead in the championship.

However, it was the Renault RS01 that dominated Saturday’s qualifying, with the three entered for the weekend showing the field the way in qualifying. The trio driving the #46 AB Sport Auto Renault, Tiziano Carugati, Nicolas Maunoir and Greg Segers, took pole position with an average lap time of 1:49.583. Segers set the fastest lap time of anyone across the session; a 1:46.865.

At the start of the race on Sunday morning, poleman Tiziano Caraguti took the start from pole, alongside Lucien Crapiz in the #23 Renault entered by the DEMJ team. The latter made a very good start, allowing him to take the lead at the first corner. Behind him, Thierry Perrier, driving the Ferrari 488 GT3 from Visiom also got off the line well, and took control of the race after a nice pass on Crapiz. Over the course of the first stint, the #46 Renault of Carugati was back on the leaders and outpaced them to take the lead in the 24th lap.

Once pit stops became a factor, the order would jumble, and the Ferrari team took a lead that they would never surrender.

Jean-Bernard Bouvet, Thierry Perrier and Jean-Paul Pagny flew to a third consecutive victory and increased their lead in the GT championship. The drivers of the Ferrari finished with twenty seconds in hand over the crew of the #46 Renault, despite a stop & go of 16 seconds inflicted on the Visiom team for an offense committed during a pit stop. The podium was completed by the drivers of the Renault from DEMJ.

The Vortex V8 driven by Nicolas Nobs, Frank Lefevre and Philippe Bonnel won the UGT class despite a trip to the gravel at the first corner in the third hour of the race. Meanwhile, Milane Petelet, Max Bartolomi and David Cristini took UGTX honours with their #11 Krafft Racing Porsche Cayman GT4.

Valencia’s Circuit Ricardo Tormo is the next stop on the Ultimate Cup Series calendar, on September 27, 28 and 29. The GT Endurance drivers will again compete for honours during the four-hour race.