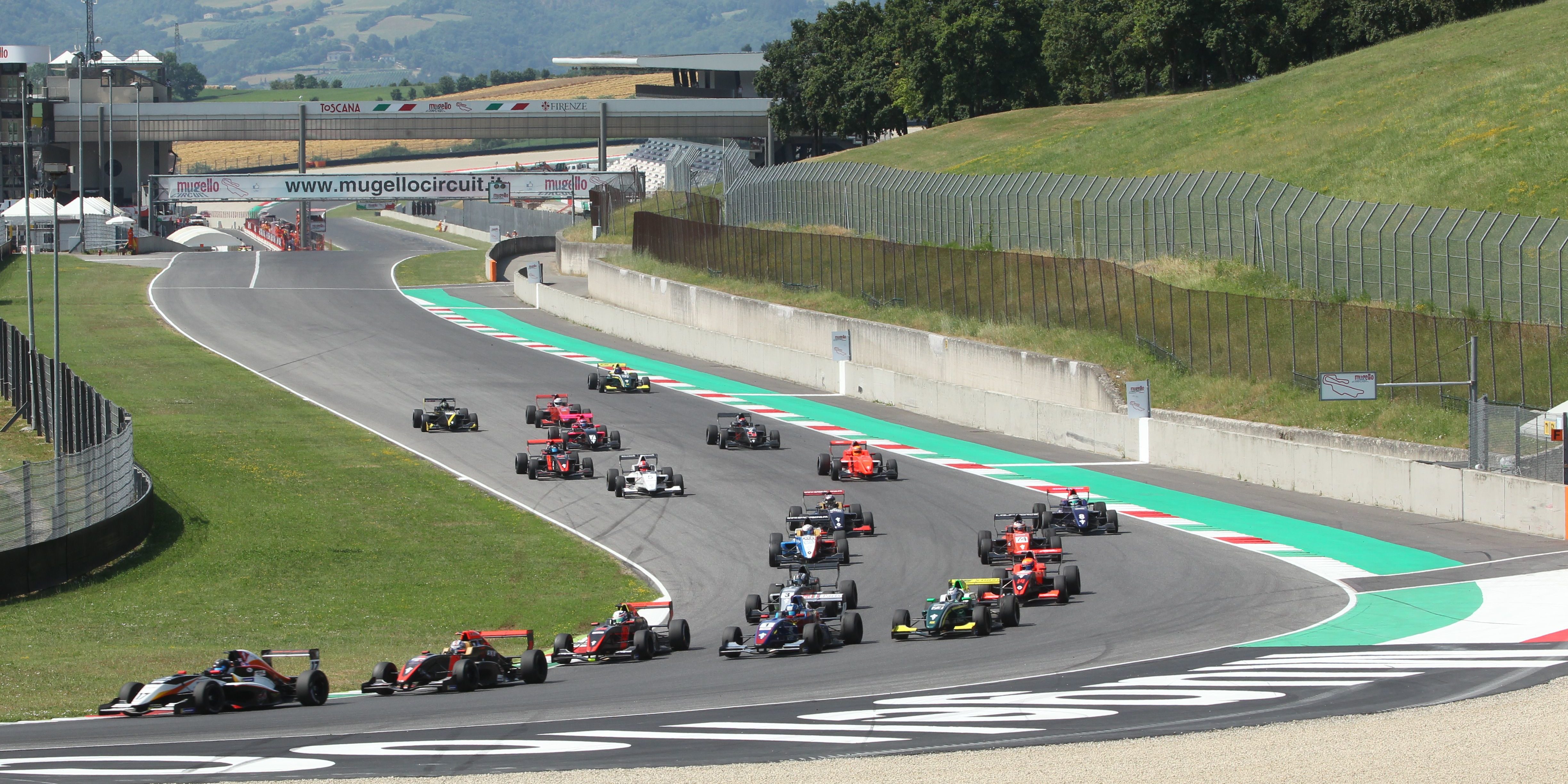 The Single Seater category showed off its incredibly high level of competition once again. At the end of the three races on the weekend in Italy – on the Mugello circuit – three different winners had climbed onto the highest step of the podium.

Before competing directly, the twenty racers in contention this weekend were able to partake in plentiful track time in private tests, and then in free practice. Serious proceedings started on Friday with the qualifying session. As a reminder, the first best time achieved by each driver determines the order of the grid of race 1. The second best time establish the grid of race 2, while that of race 3 is determined according to the addition of the results of the first two races.

Baptiste Berthelot took pole position in the first race with a time of 1:46.900 in qualifying. The driver entered by CD Sport managed to maintain the advantage of his pole at the start, and also during the entire 30 minutes of racing. Behind him, Amaury Bonduel (LAMO Racing), leader of the championship, was not able to mount a serious threat; in fact, the Belgian went foul at the halfway point when he was second, running wide at turn eight.

The situation benefited his pursuers. Among them was Erwin Creed (Formula Motorsport), who would ultimately finish second ahead of Augustin Collinot (LAMO Racing). In his home nation, Pietro Peccenini (TS Corse) led the Gentleman Driver class from start to finish.

The last two races of the weekend were held on Saturday. Baptiste Berthelot (LAMO Racing) started from pole with Sacha Lehmann (LAMO Racing). Championship leader Amaury Bonduel (LAMO Racing) failed to start the formation lap and had to instead join the race from pit lane. The first three on the grid retained their position early on, but Berthelot was overtaken by Lehmann on the second lap.

The fight between the two men did not stop there, and things were hotting up as the race approached its closing minutes. However, Victor Jabouille (LAMO Racing) went off the track and caused the interruption and abandonment of the race.

The victory went to Sacha Lehmann, ahead of Baptiste Berthelot, while Augustin Collinot took the third step of the podium. Pietro Peccenini took victory once again in the GD class.

The drivers clashed in a final race at Mugello as afternoon became evening. Injured following his accident earlier in the day, Victor Jabouille (LAMO Racing) had to withdraw. Starting from fifth place, Amaury Bonduel (LAMO Racing) had a spectacular start, leading the way by turn two.

After leading the race at the end of the first lap, the Belgian flew to victory. Baptiste Berthelot (CD Sport) had to settle for second place, ahead of Erwin Creed (Formula Motorsport). Pietro Peccenini (TS Corse) achieved a hat-trick on home turf in the GD class.

Three rounds are still on the program for this inaugural season of the Ultimate Cup Series and its Single Seater Challenge. See you in Valencia, Spain, for the fifth round on September 27th, 28th and 29th.