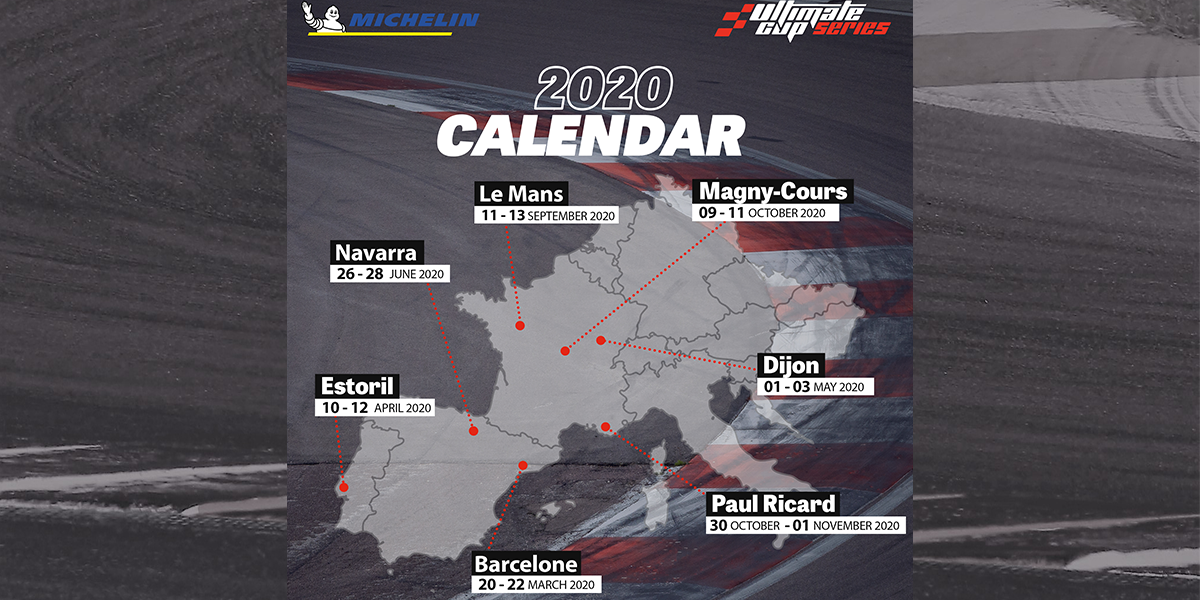 As the inaugural season ends on the Paul Ricard circuit in two weeks (1-3 November), the Ultimate Cup Series presents its 2020 calendar.

The championship initiated by Vincent Vigier, with the support of Michelin and many partners, is back for a second season! Seven races are on the programme, four in France and three abroad.

The Barcelona circuit in Spain will host the opening round from 20 to 22 March 2020. Heading for Portugal then, from April 10 to 12, before arriving in France, in Dijon, from May 1 to 3. We will return to Spain one last time, on the Navarra circuit, from June 26 to 28. Once the summer break is over, the school year will start again at Le Mans, on the Bugatti track, from September 11 to 13. One month later, the Nevers Magny-Cours Circuit will be the venue for the sixth round (9 to 11 October), followed two weeks later by the final at the Paul Ricard (30 October to 1 November).

Vincent Vigier, promoter of the Ultimate Cup Series: “At the dawn of the end of this inaugural season of the Ultimate Cup Series, we are pleased to present this very beautiful 2020 calendar! We have been and are always listening to the teams and pilots who have a real influence on our decisions. Thanks to the attentiveness and professionalism of our teams, not to mention the support of our loyal partners, we were able to set up a European championship in just a few months. Progress is significant race after race as evidenced by the introduction of a live streaming system this weekend, renewed for the final at Paul Ricard.”

A second season that already promises to be exciting. Announcements that will be made very soon!