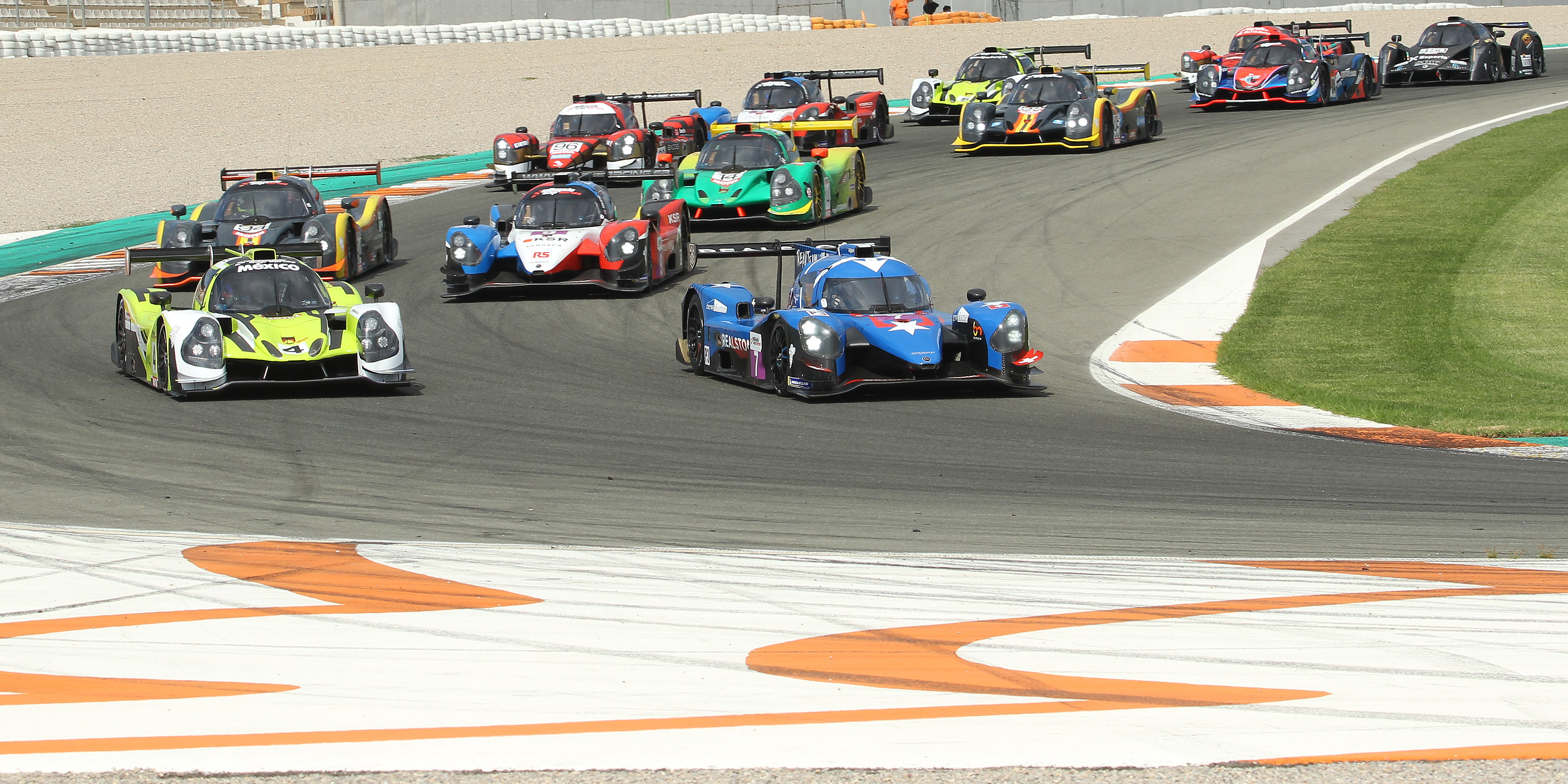 The fifth round of the Ultimate Cup Series is in progress at the Ricardo Tormo circuit in Valencia, Spain. The Spanish spectators joined in and enjoyed a wonderful day of competition.

Silhouette Spain: Following his victory at the end of the first race, Julien Lambert started on pole in the third and last race of the Spanish weekend. The MV2S Racing freelancer was overtaken by Victor Weyrich (Cool Racing), before the race was neutralised. The safety car entered the track after a collision in the very first corner between two drivers of the 2L category. The hostilities resumed even more strongly when the Safety Car faded in front of Weyrich, who had led all the laps of the race. However, he was given a drive through for causing a collision, converted in 30 seconds at the finish. He finished fifth while the race was once again won by Lambert. Clément Berlié (VIP Challenge) climbed one floor onto the podium finishing in second place, just ahead of Jérémy Lourenço (MV2S Racing). Bruno Cosin (Pole Position 81) was back on the top step of the podium in 2L after a superb run with Milan Petelet (MV2S Racing).

Just a few hours later, in the early afternoon, the drivers competed one last time on the Ricardo Tormo circuit. The race is taking place in very good conditions, without any neutralisation. On pole, Victor Weyrich made a perfect performance in front of Julien Lambert but suddenly, less than three minutes before the presentation of the chequered flag, the first two were given a drive through for non-compliance with the limits of the track. Clément Berlié gets unexpected control to win his third success of the season! Jérémy Lourenço and Christophe Cresp (VIP Challenge) complete the podium. Starting from pole position, Povilas Jankavicius (Arctic Energy) led the race from start to finish in 2L.

Formula Spain: Formula Renault 2.0 drivers are back on the starting grid for the second time this weekend, at midday. The winner of the previous day, Amaury Bonduel (LAMO Racing), started again from pole position. The Belgian rider has made a good start which allows him to keep the advantage over Sacha Lehmann (LAMO Racing), followed by Baptiste Berthelot (CD Sport), now third after having had a break with Augustin Collinot (LAMO Racing). While Berthelot and Collinot were making a good run at the track, the first driver made a mistake and caused the safety car to come in at the halfway point of the race. After two laps of neutralisation, the race, still led by Bonduel, is back on track. The continuation of the race saw the Belgian driver take off while Lehmann and Collinot fought for second place. The driver of n°26/Collinot finds the opportunity but Lehmann gives nothing away at the wheel of n°16. However, with three laps to go before the finish, he fell significantly in the ranking. Amaury Bonduel crossed the finish line more than 11 seconds ahead of Augustin Collinot, who ran off the track yesterday, while Pietro Peccenini (TS Corse), winner of the Gentlemen Drivers, took third place overall. 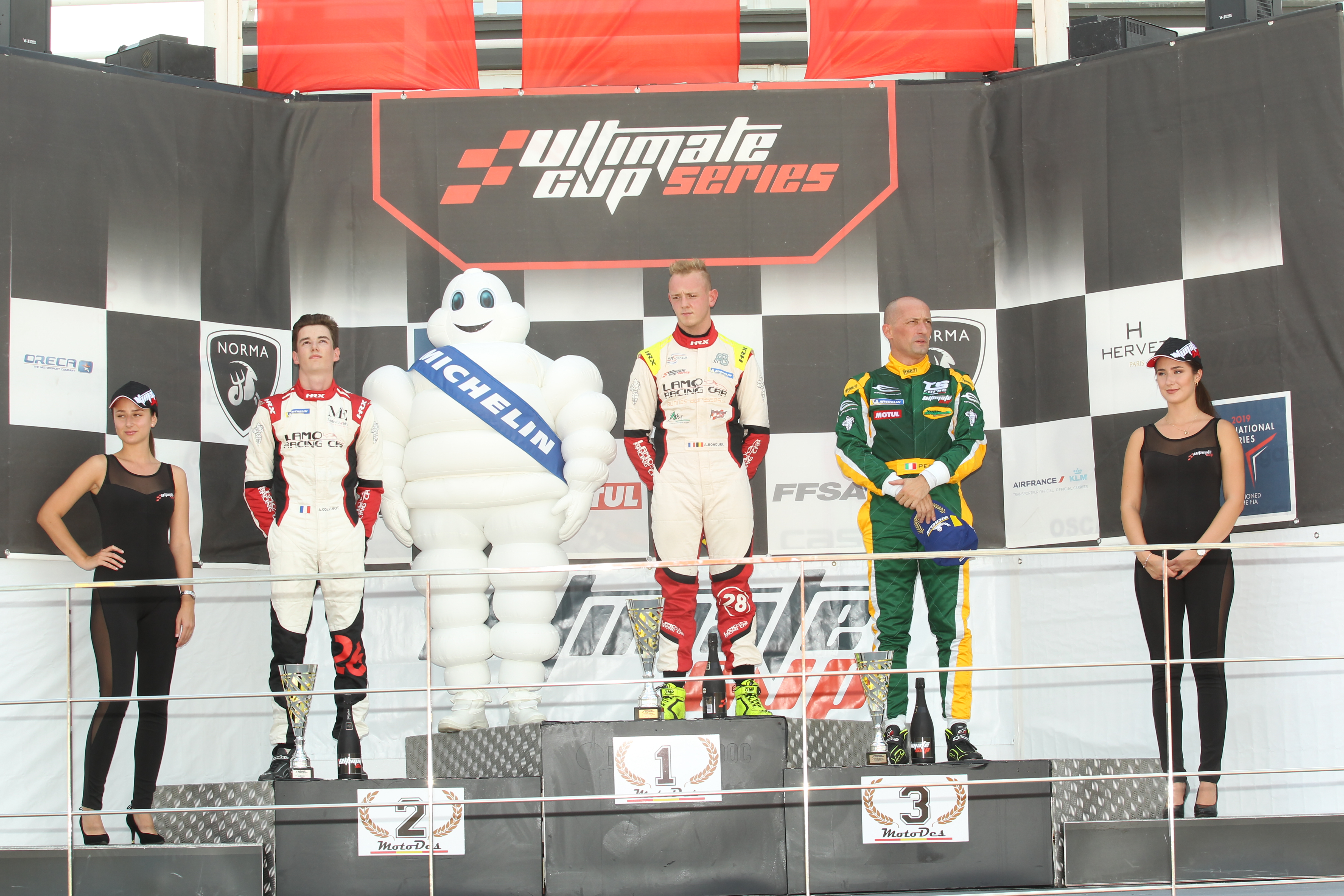 The last race allowed Amaury Bonduel to confirm his domination. The Belgian driver made a huge success this weekend with 100% pole position and wins. The FR 2.0 n°28/LAMO Racing driver won the third and final race on Saturday, despite a technical problem in the last moments. His comfortable lead allowed him to reach the finish line. Behind him, Augustin Collinot spared no effort to come back on the podium after starting from fifth place on the grid. The LAMO Racing driver climbs to second place. As a few hours earlier, Pietro Peccenini won the race in the Gentlemen Drivers category but was also third overall. Please note that due to a problem at the end of race 2, Sacha Lehmann was unable to start in the late afternoon. It is a poor operation for the second place in the championship.

Proto: hostilities in the proto category resumed this afternoon with the 4-hour race, the first endurance race of the weekend. David Droux starts from pole position, behind the wheel of the Realteam No. 7 Norma M30. The Swiss driver made a good start that allowed him to protect first place while the battle raged behind him, between Speed Factory Racing and Graff. Quickly, Droux took off and finished the first hour of the race with a lead of nearly 50 seconds over his first chaser, Daniil Pronenko, on the Ligier JS P3 n°4/Speed Factory. The first break at the pits allowed the Ligier to head to the lead and cross the mid-race cape in front of the Norma, not far behind. Sébastien Page followed a double relay at the wheel of the last one and fought against the N°9 Norma of Graffiti. As we switch in the last hour, Ligier n°4 is in the lead, followed by Norma n°9 and n°7. 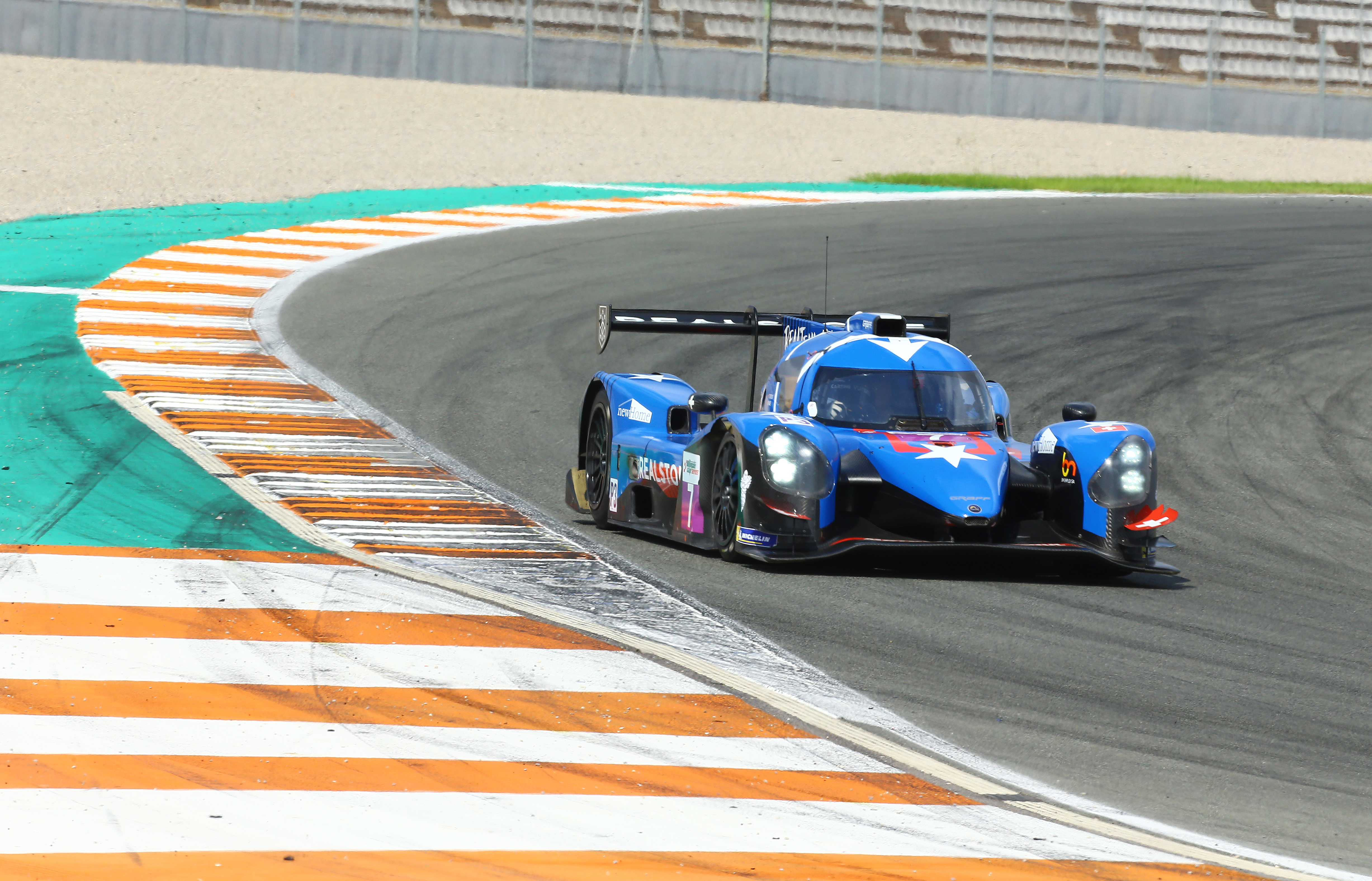 David Droux retakes the wheel of the n°7 in third position and starts to chase the two cars in front of him. He knows at that moment that he must not stop, unlike the two leaders. Ligier n°4 stops for the last time but comes out in front of Norma n°7, for less than 15 seconds. Droux quickly managed to reduce the gap while Norma n°9 was going it alone. With less than 20 minutes to go before the chequered flag presentation, the leader enters the pit lane for the last pit stop and the last crew balancing penalty. At that point, Realteam took over the lead and headed for its first Ultimate Cup Series victory thanks to David Droux and Sébastien Page. The Pronenko/Chuklin duo, from the Speed Factory Racing Ligier n°4, lost more than 17 seconds on the line while Luis Sanjuan and Eric Trouillet finished on the third step of the podium. 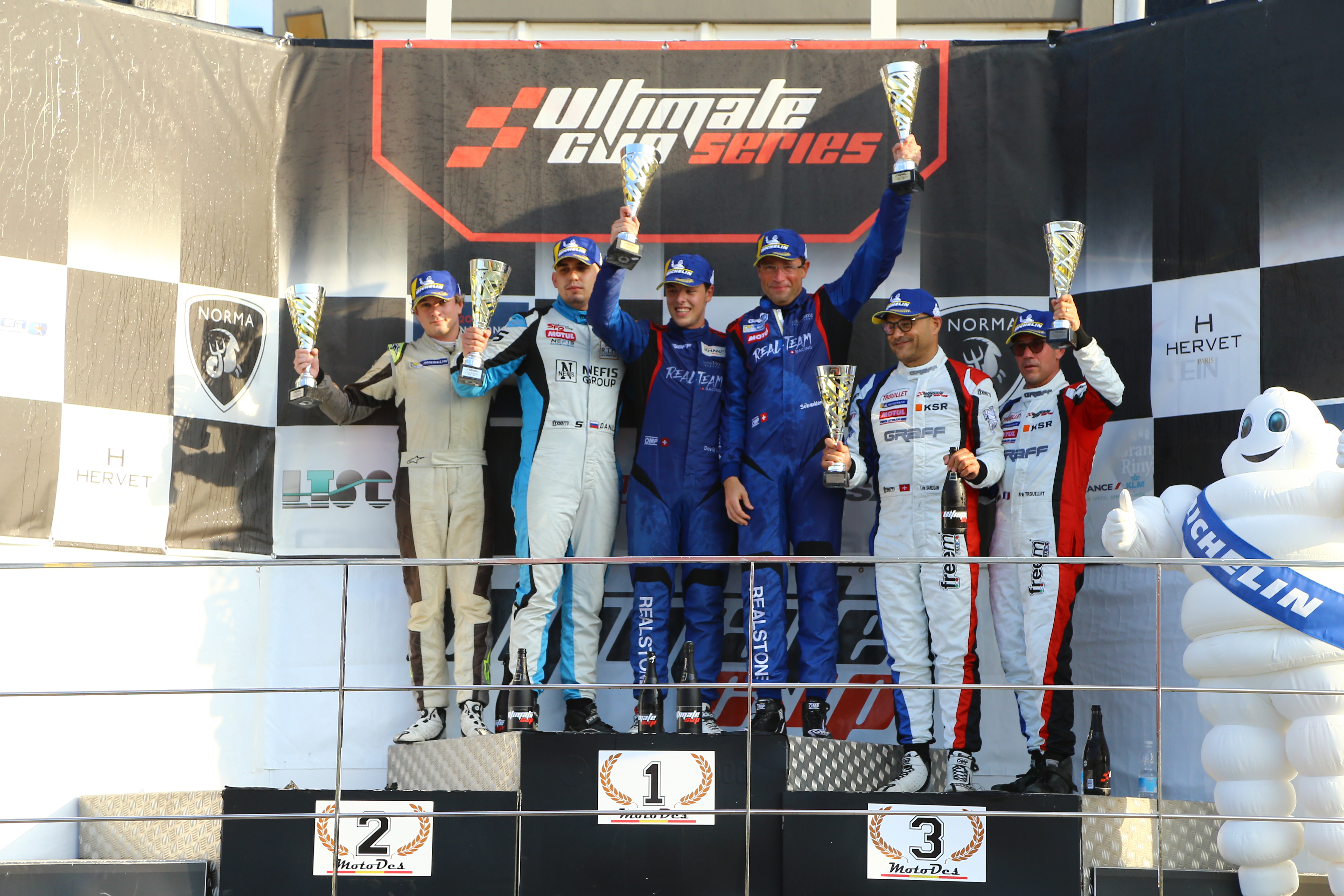 The Norma n°9/Graff duo wins in the Utlimate class in front of the crew of the Team Virage Ligier n°95. Very good performance by the trio of the Filière Frédéric Sausset who achieved their first podium! 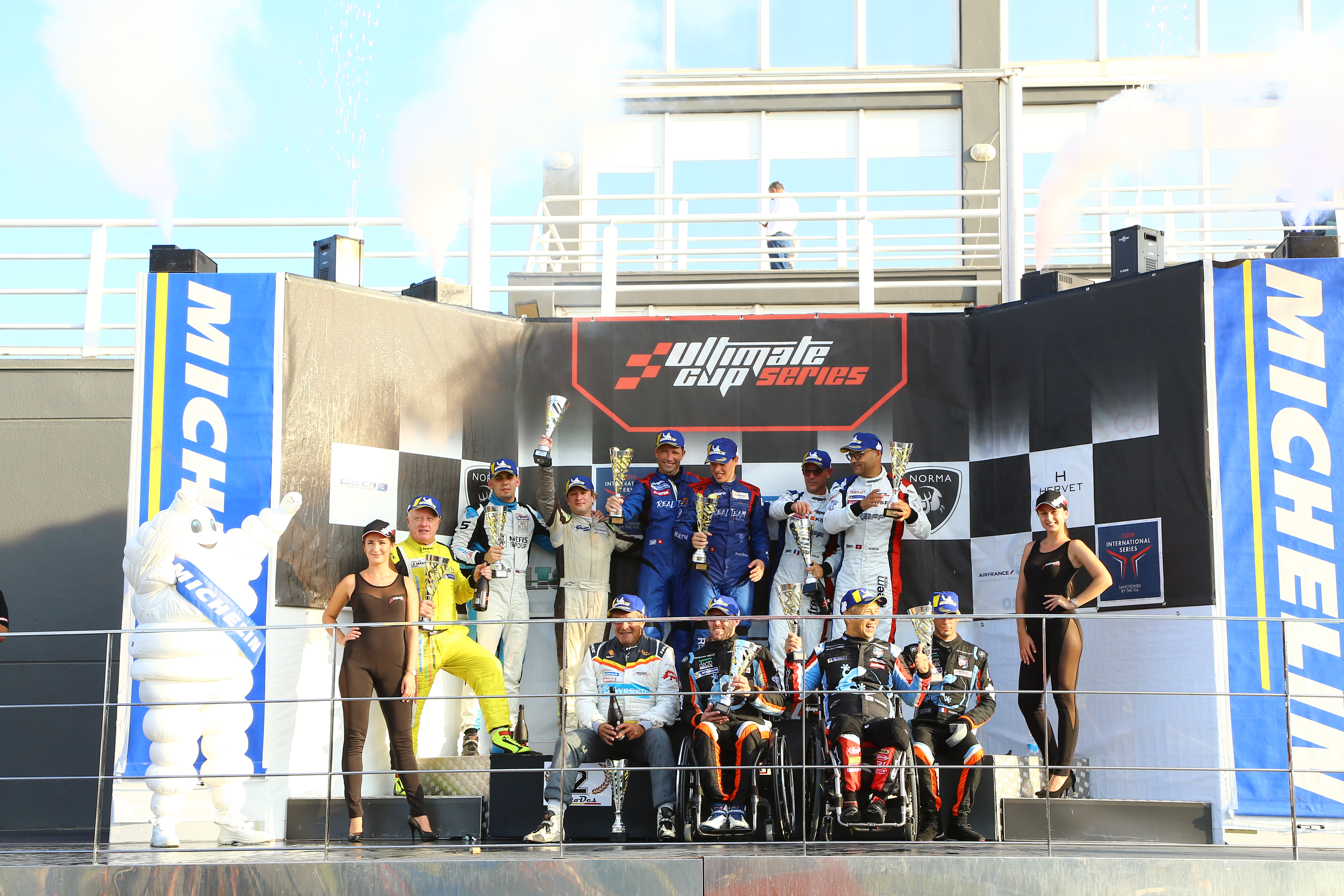 The race was only affected by a few neutralisations with no major consequences. The first of them was caused by a collision between Ligier n°95 and n°5. The third hour was marked by the getaway into the gravel of Ligier No. 14 of the Inter Europol Competition.

Despite his absence, Wimmer Werk Motorsport maintains exactly the same lead over Team Virage in the championship ranking as before the start of the season. Indeed, Philippe Valenza and his team-mates from Ligier n°94/Team Virage missed the opportunity to reduce the gap. 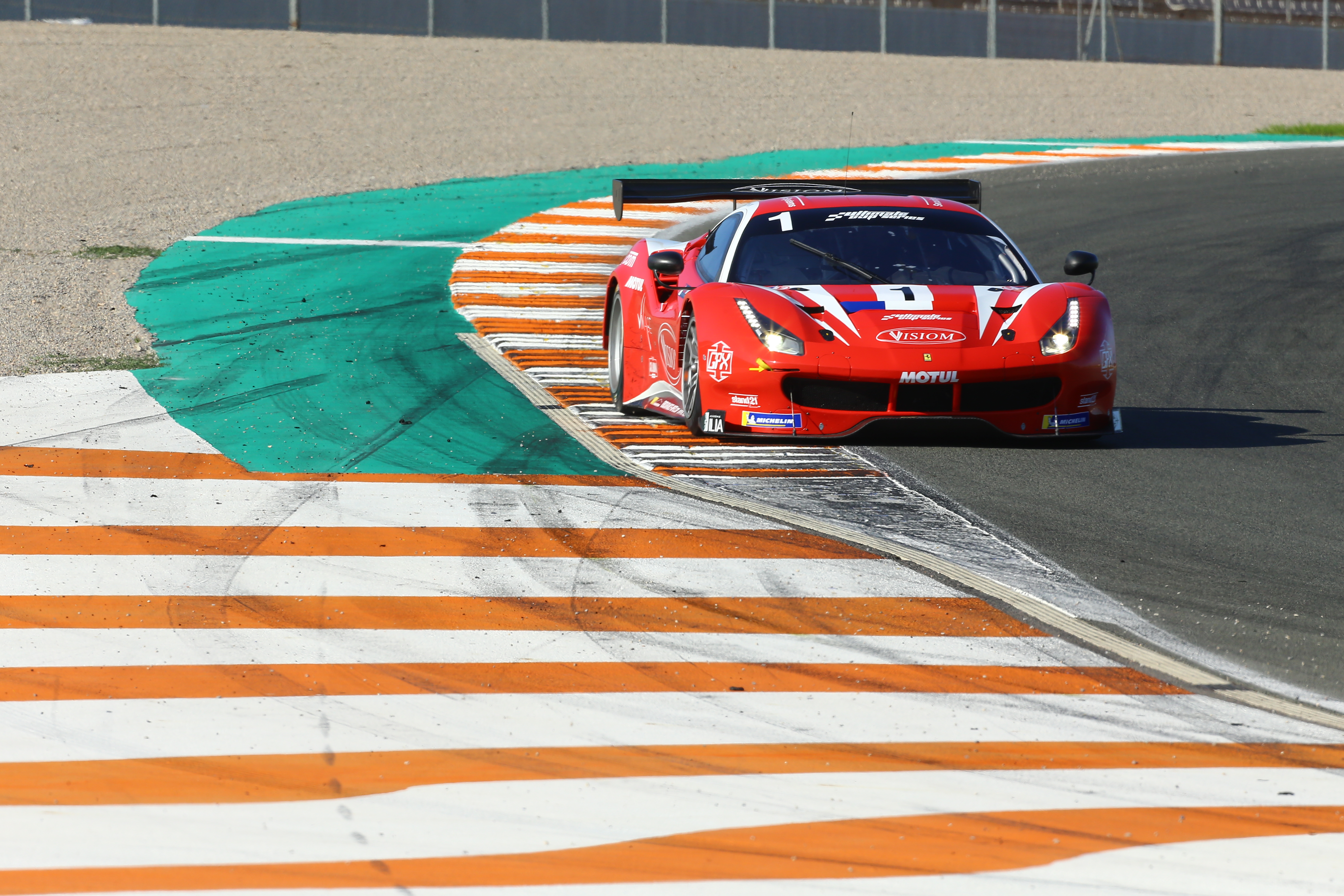 GT: The AB Sport Auto Renault R.S.01 were the fastest in qualifying but, on average over each driver best three times, it was the drivers of the N°1 Ferrari 488 GT3 of the Visiom team who took pole position. Jean-Paul Pagny, Thierry Perrier and Jean-Bernard Bouvet set the reference time at 1:34.803 and will start ahead of the two Renault n°46/AB Sport Auto and n°15/Krafft Racing.

Prototipo Endurance Spain: the qualifying session was very close as the pole was 28 thousandths ahead of Ivan Nicola Bellarosa. The Italian completed the 4.005 kilometers of the Spanish track in 1:28.278, driving the Wolf GB 08 Tornado n°45/Avelon Formula. Ander Vilarino failed for only 3 hundredths (1:28.306), for the Norma M20 FC n°18 of the TFT.