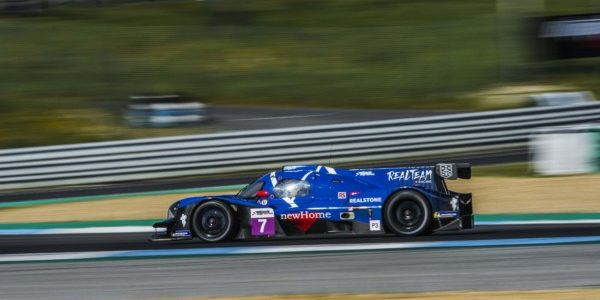 The first meeting was a success for Realteam Racing in this new european endurance championship, the Ultimate Cup Series. After starting ninth on the grid, Esteban Garcia and Sebastian Page took the Norma M30 #7 to the third position on the podium, and eighth overall.

“ This was positive start for us, with a performing and reliable car, said  Esteban Garcia, director of the swiss team, two off-track moments cost us a lot of time overall, but our consistency at the wheel allowed us to secure the third place on the podium.”

The next meeting of the Ultimate Cup Series next month is at Dijon, but Realteam Racing has another event to get to first at the Castellet, on the 12th, 13th and 14th of April for the opening season of ELMS.