Races with twists and turns this Saturday at Circuit Paul Ricard! 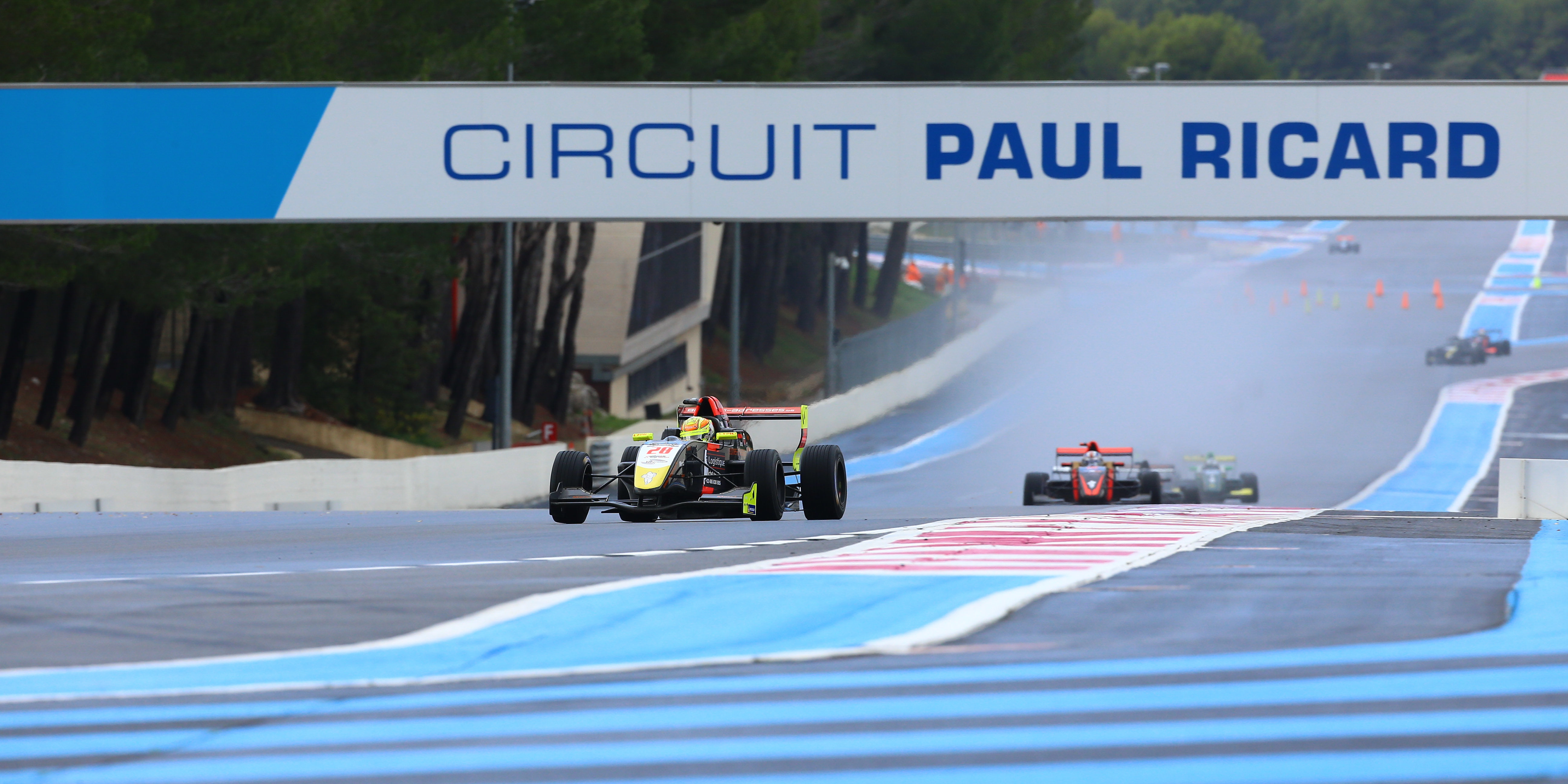 The 2019 season final of the Ultimate Cup Series is in full swing on the Paul Ricard Circuit. The serious things started on this second day in the Var, with the qualifying sessions and especially the first races! 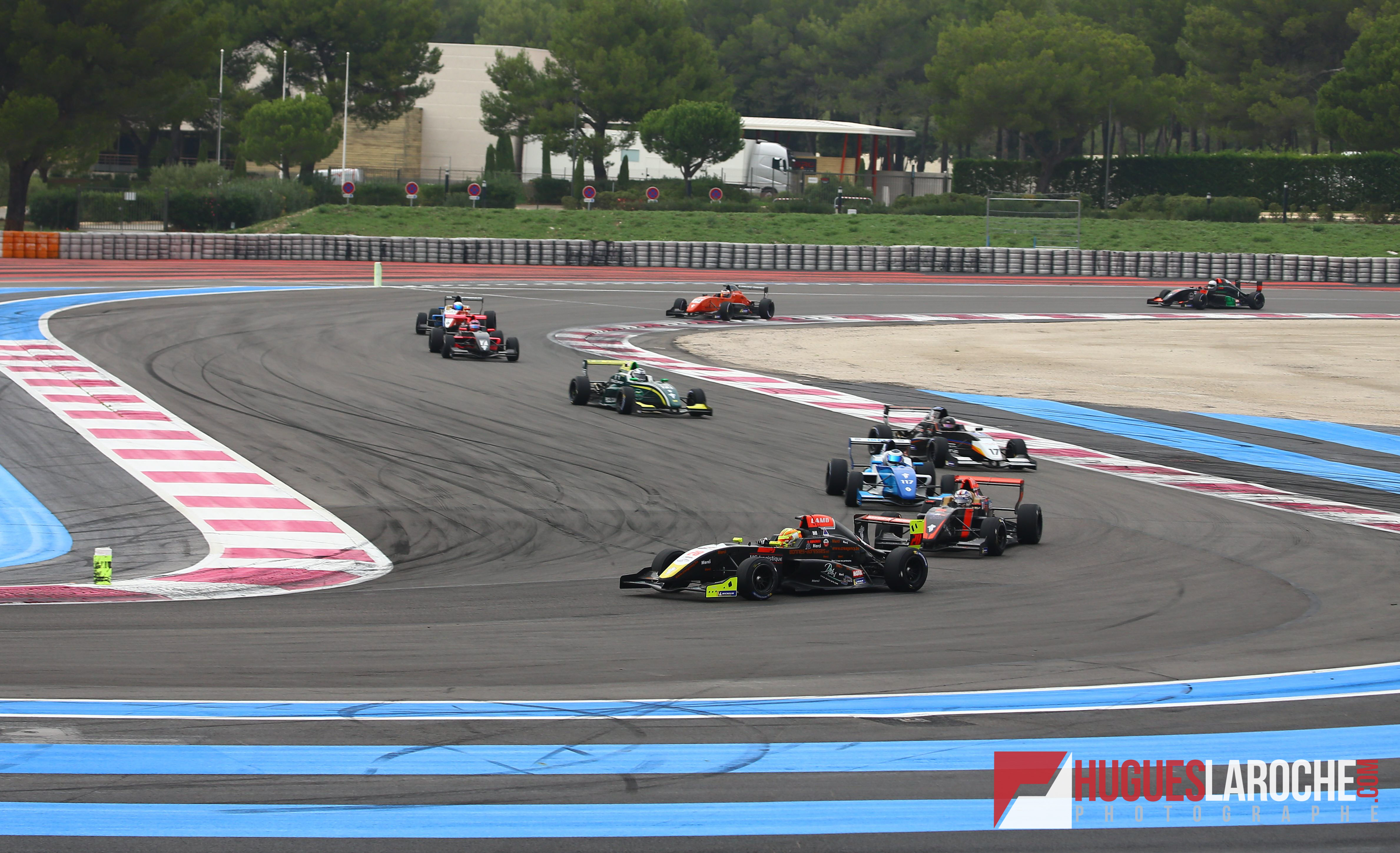 Race 1: The LAMO Racing driver started from pole position. At the wheel of his Formula Renault 2.0, Amaury Bonduel is the author of a good start that allows him to keep the advantage. Behind him, his team-mate at LAMO, Sacha Lehmann managed to move up to second place thanks to a good momentum on the grid, as did Baptiste Berthelot (CD Sport) who climbed from fifth to third place in the first corners.

Solidly in the lead, Amaury Bonduel will no longer be joined, especially as a red flag interrupts the debates 6 minutes before the chequered flag presentation. Fabrice Rossello (Graff) and Nicolas Pironneau (Formula Motorsport) clung on and finished their race in the middle of the Chicane Nord. Both pilots are fine! This red flag has frozen the ranking with Amaury Bonduel as the winner, ahead of Sacha Lehmann and Konstantin Lachenauer (Formula Motorsport).

The battle was fierce among the Gentlemen Drivers. Second alongside Karyl Fristche (LAMO) on the grid, Vincent Iogna (Formula Motorsport) soon took over the controls. The Frenchman, who was somewhat ill at the finish, easily won the race. 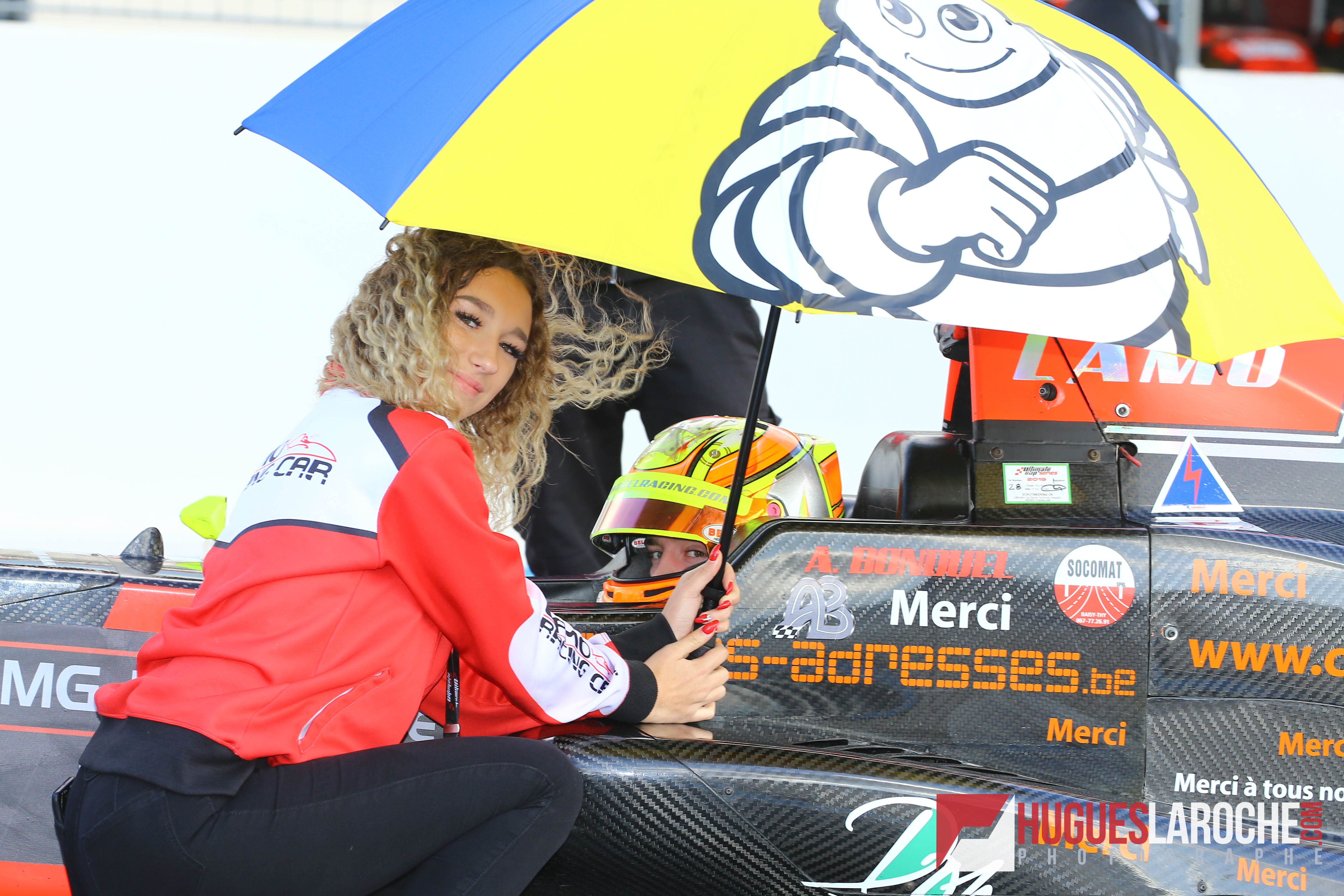 Race 2: Amaury Bonduel (LAMO Racing) is once again in pole position in the penultimate race of the season. The Belgian takes off correctly but his first pursuer, Augustin Collinot (LAMO) huddles in his rear wing. The leader is better able to negotiate the first sector and already has a comfortable gap before heading into the Mistral straight line, while the suction phenomenon keeps the peloton together. Konstantin Lachenauer (Formula Motorsport) finished fourth at the beginning of the second round, taking third place against Sacha Lehmann (LAMO). Then third, the Swiss rider now has Augustin Collinot in sight, catches up with him, the duel intensifies and the two men cling to each other in the third sector. The safety car intervenes and the gaps are reduced to zero.

After a few minutes of neutralisation, the green flag is raised again. Amaury Bonduel leads the race while Sacha Lehmann and Julien Levray (Zig Zag) fight each other. The latter found the opening for second place in the fifth lap and the positions no longer changed.

With this 12th victory, Amaury Bonduel secured the 2019 title.

Pietro Peccenini (TS Corse), who set the second fastest time for the Gentlemen Drivers in qualifying, behind Vincent Iogna (Formula Motorsport), is back on the top step of the podium, also synonymous with the title. 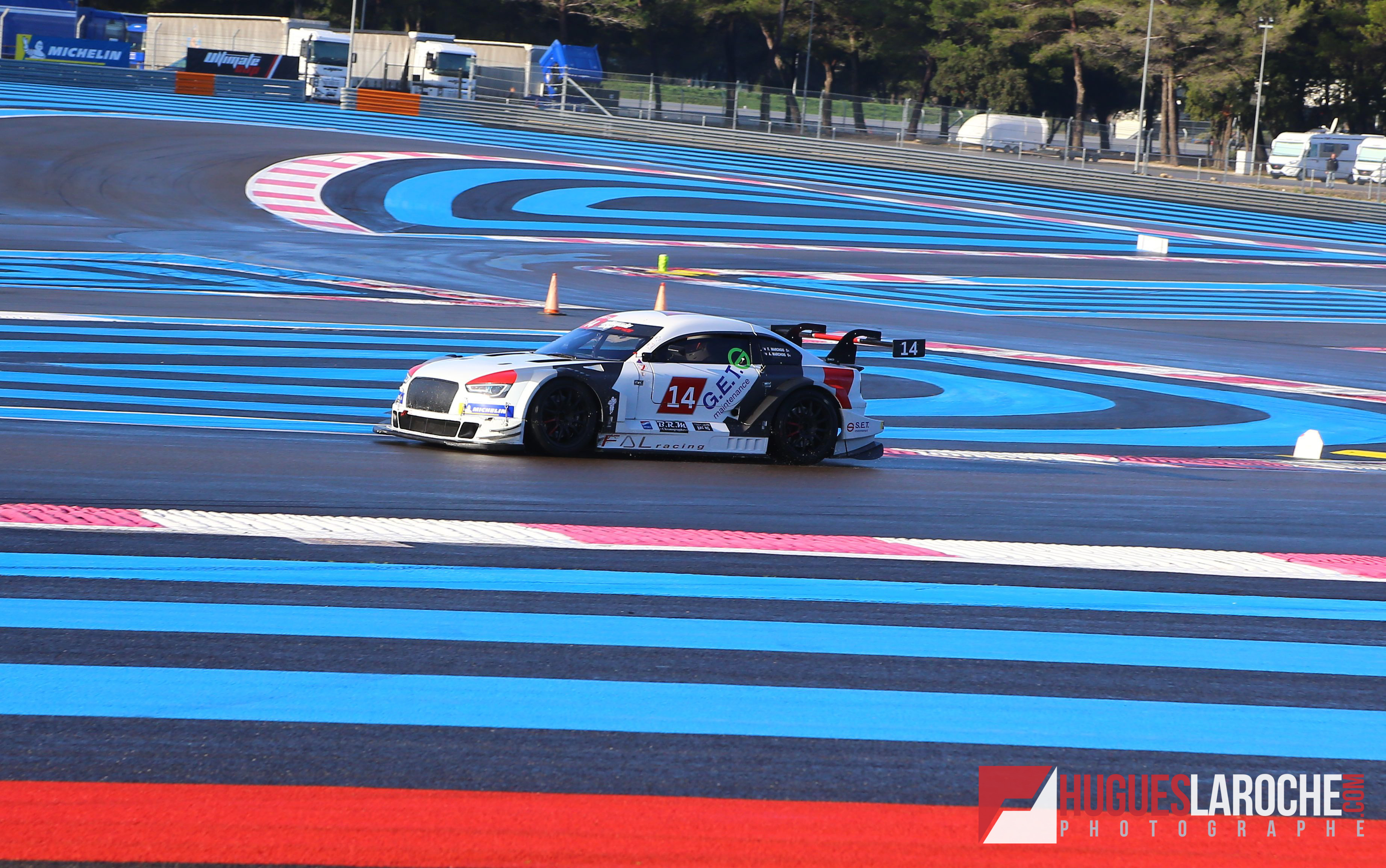 Race 1: For these first of the four races, the first line is shared by Alex Marchois and Victor Weyrich. The latter rose to the level of the poleman and immediately took the lead. A dramatic turn of events in the 5th lap, Victor Weyrich was the victim of a technical problem and was forced to give up. Clément Berlié (VIP Challenge) inherits the leadership but only for a few moments as he clings with the leader of the 2L category, Frédéric de Brabant (Mirage Racing).

It was Alex Marchois who crossed the finish line first with a lead of nearly 20 seconds over Christophe Cresp while Antoine Chapus (MV2S Racing) completed the podium.

The victory in the 2L category went to Mikhail Makarovskiy (Arctic Energy). 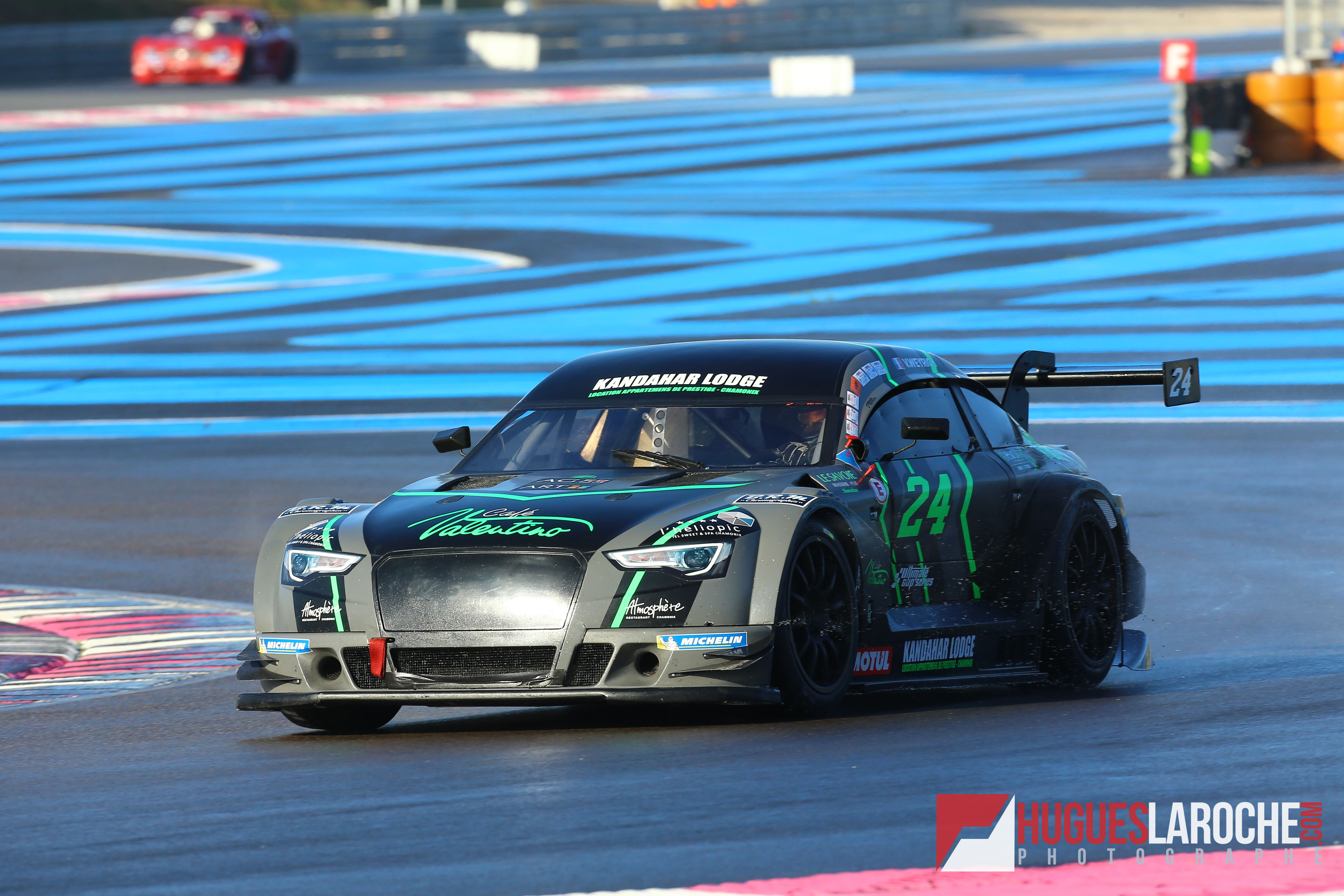 Race 2: Victor Weyrich (Cool Racing) starts from pole position. Christophe Cresp starts the race at the middle of the peloton, in the straight line of the pits. The safety car made its debut before the restart with 14 minutes to go before the end of regulation time. Victor Weyrich keeps the advantage and takes off for another success. Clément Berlié (VIP Challenge) finished second, ahead of Antoine Chapus (MV2S Racing). 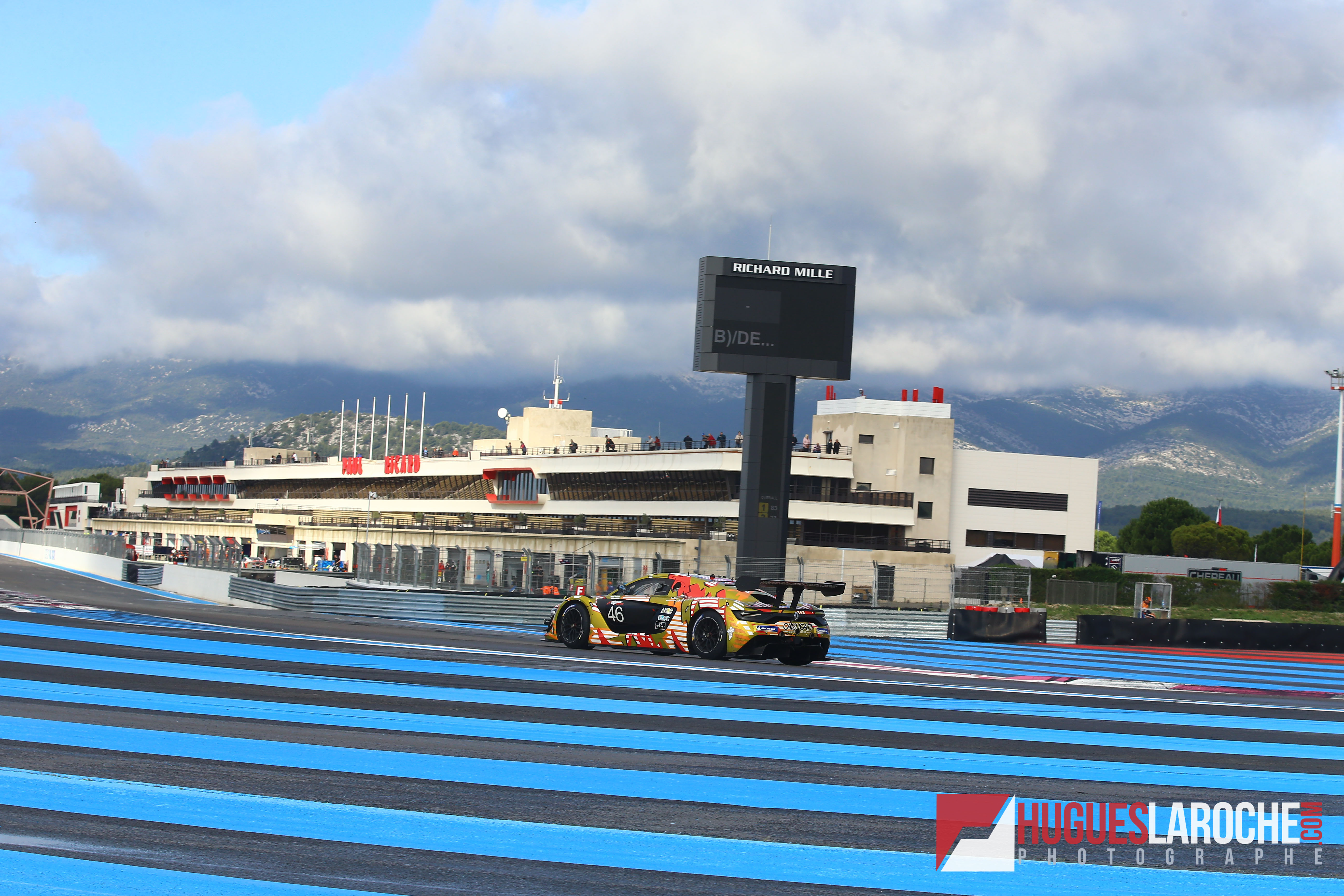 For their first experience in the Ultimate Cup Series, François Perrodo, Emmanuel Collard and Jean-Charles Samani made the powder speak in qualifying, setting the best average in 2:08.045, for the Renault R.S.01 n°83/Racetivity, relegating their classmates to nearly 3 seconds. Max Mugelli was the fastest of all with a reference established in 2:04.748, at the wheel of the Renault n°23/DEMJ.

Race: For this final race of the Ultimate Cup Series GT Challenge, we are presented with a very qualitative grid. All the conditions were there to offer us a magnificent fight for victory, with an arrival at night. However, the fog arrived on the circuit in the last hour of the race and caused the early end with 40 minutes to go. 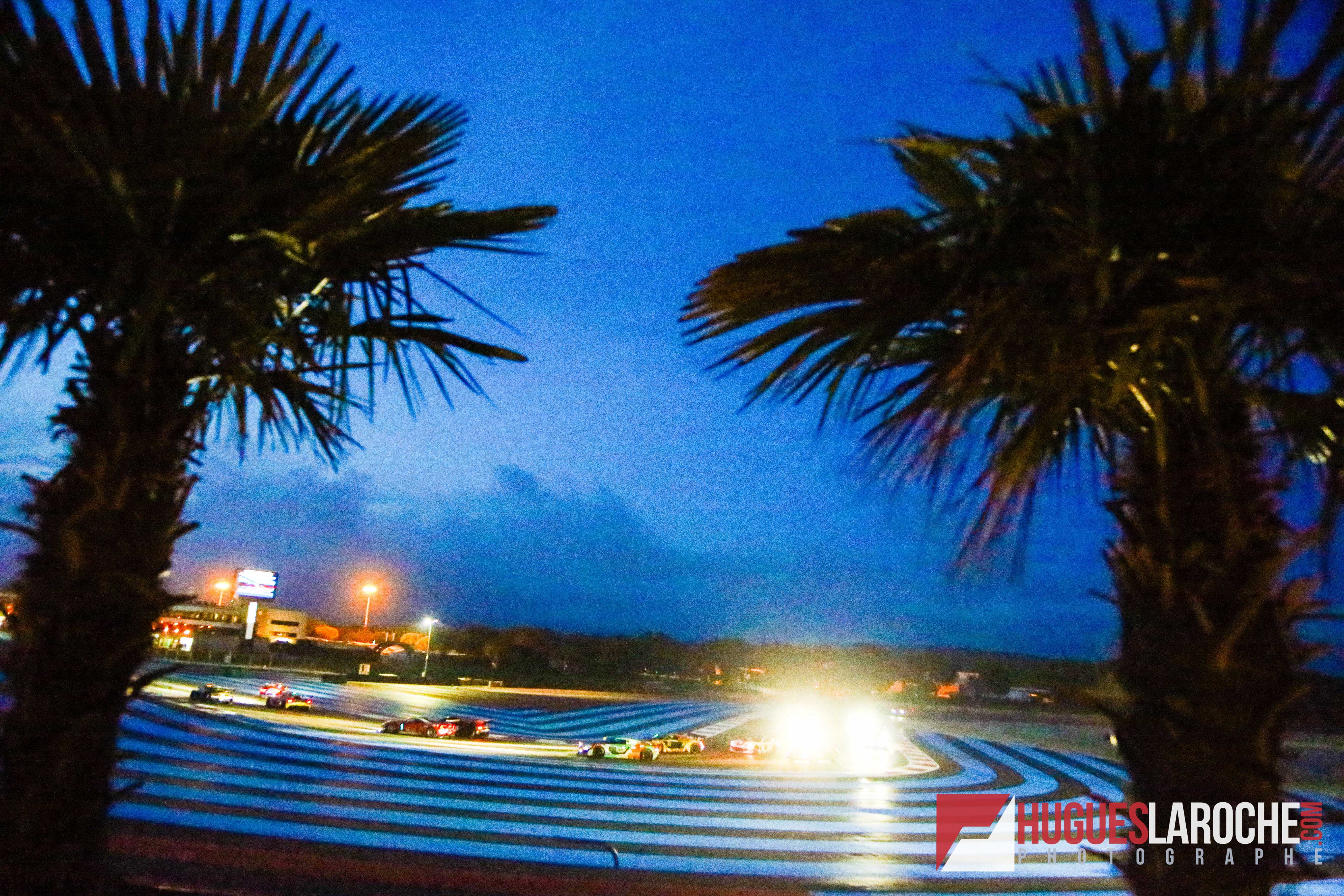 From pole position, François Perrodo made a very good start and is already a few steps ahead of Nicolas Maunoir and AB Sport Auto’s Renault No. 44. The battle is intense for third place between Nicolas Maunoir and Lucien Crapiz (DEMJ). Starting from the last position on the grid, Milan Petelet leads this early race by climbing up in the top 5, then continues his climb to second place.

While he has more than 15 seconds on his opponents, François Perrodo is victim of a mechanical problem after only 40 minutes of racing. Milan Petelet inherited the controls of the race but, a few minutes later, the driver of the Renault n°15/Krafft Racing stopped on the edge of the start/finish straight line.

At the end of the first wave of pit stops, the Renault n°46/AB Sport Auto points to the front, in front of the sister car n°45/AB Sport Auto and the Renault n°23/DEMJ. On the n°45, Sébastien Charbonnet comes back to the leader, Tiziano Carugati. The last drivers then take the track. Franck Thybaud took the track at the wheel of the n°45, pointed in first position ahead of the n°46 then driven by François Grimm. The latter came back to the leading man, passed him and was never joined again. 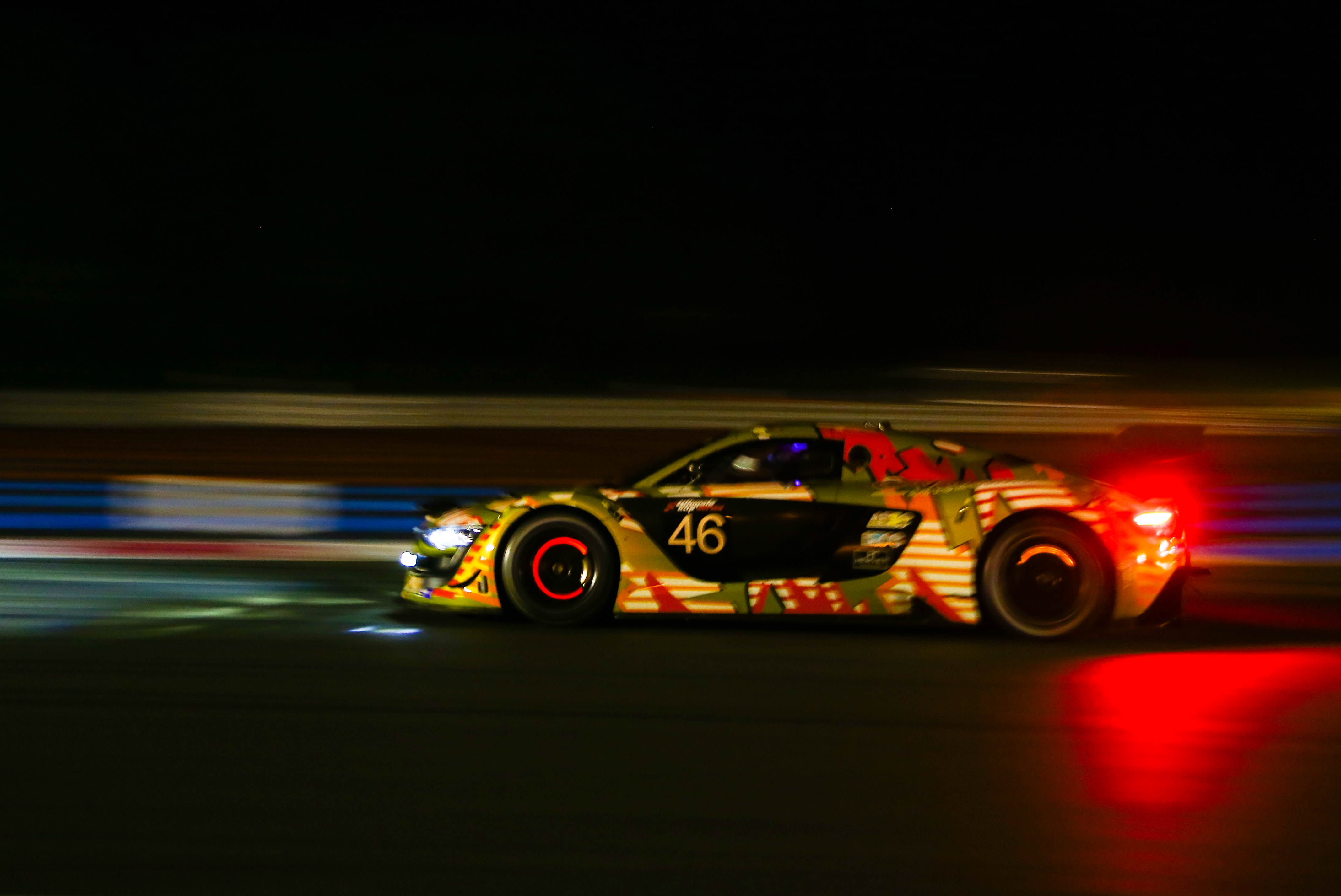 Track conditions deteriorate, fog thickens more and more and the race management decides to stop the race in consultation with the teams.

Tiziano Carugati, François Grimm and Ange Barde won this final of the Ultimate Cup Series, on behalf of the Renault R.S. 01 n°46 of AB Sport Auto. Second place for the Renault n°23 of DEMJ, shared by Lucien Crapiz, Max Mugelli and Jacques Savariau. The podium of the general classification is completed by the champions of this 2019 vintage, Jean-Paul Pagny, Thierry Perrier and Jean-Bernard Bouvet, at the wheel of their Ferrari 488 GT3 n°1 from Visiom. 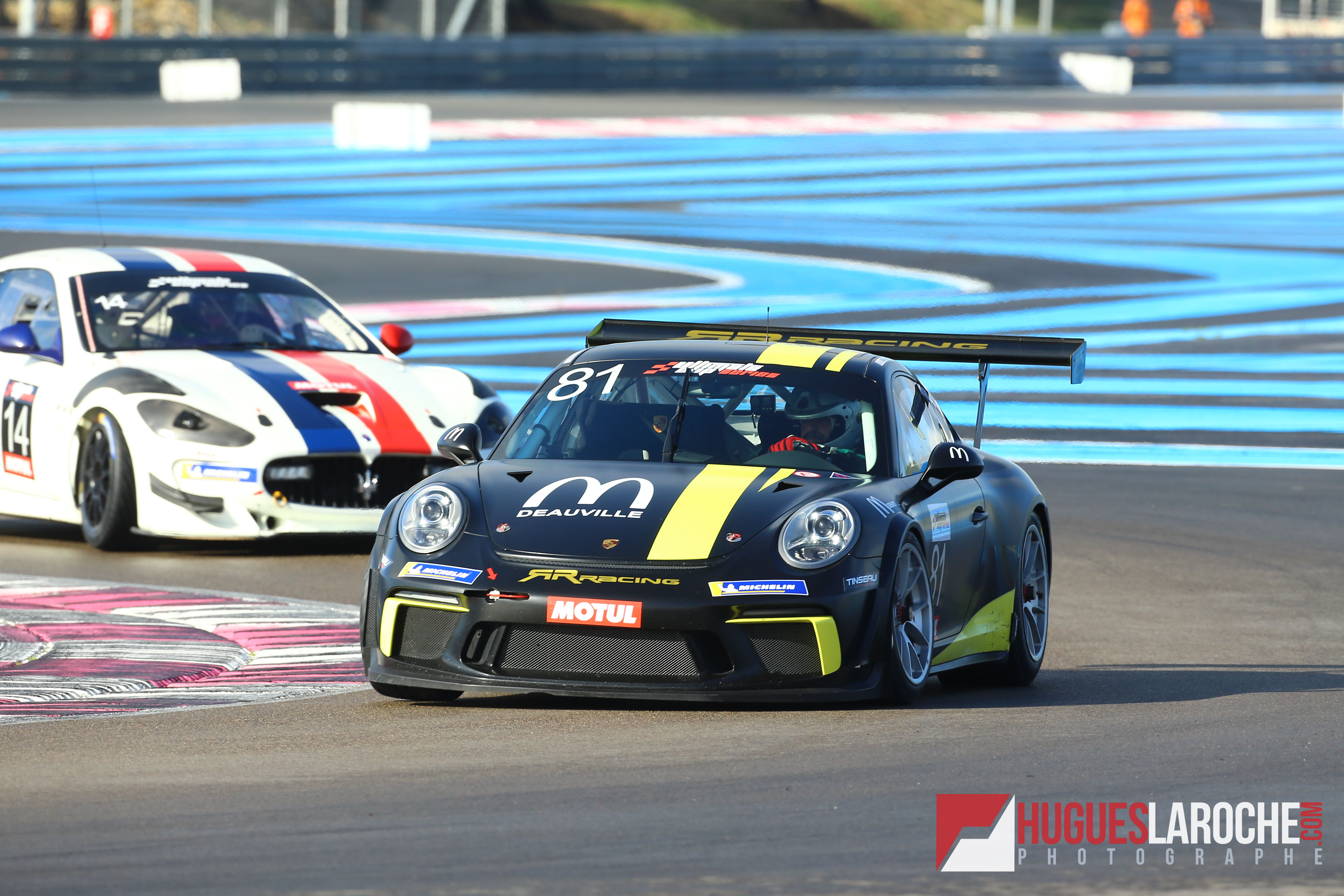 The UGTC category was won for the second consecutive time by Regis Rego of Sebes and Johan-Boris Scheier, on the Porsche 911 of Tinseau Assistance. They also win the category title. 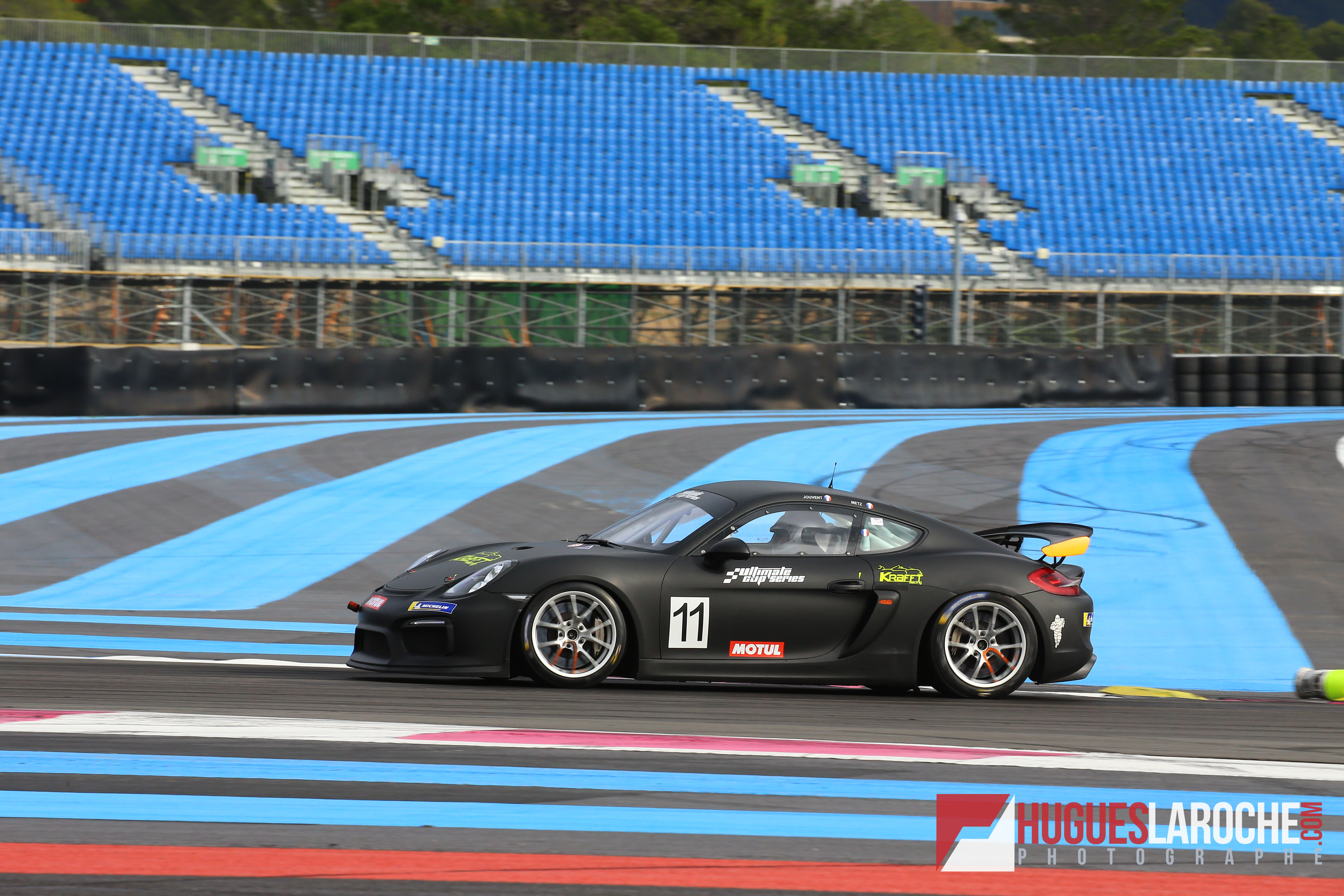 The Mirage Racing Alpine A110 n°919, driven by Arthur Lepretre, Frédéric de Brabant, Jonathan Mareschal, was announced as the winner but the victory and the UGTX title finally went to Jean-Philippe Jouvent and Olivier Metz on the Krafft Racing Porsche Cayman n°11. Indeed, at Alpine n°919, he scored 1 minute and 40 seconds, plus a penalty lap, for non-compliance with the minimum stopping time. 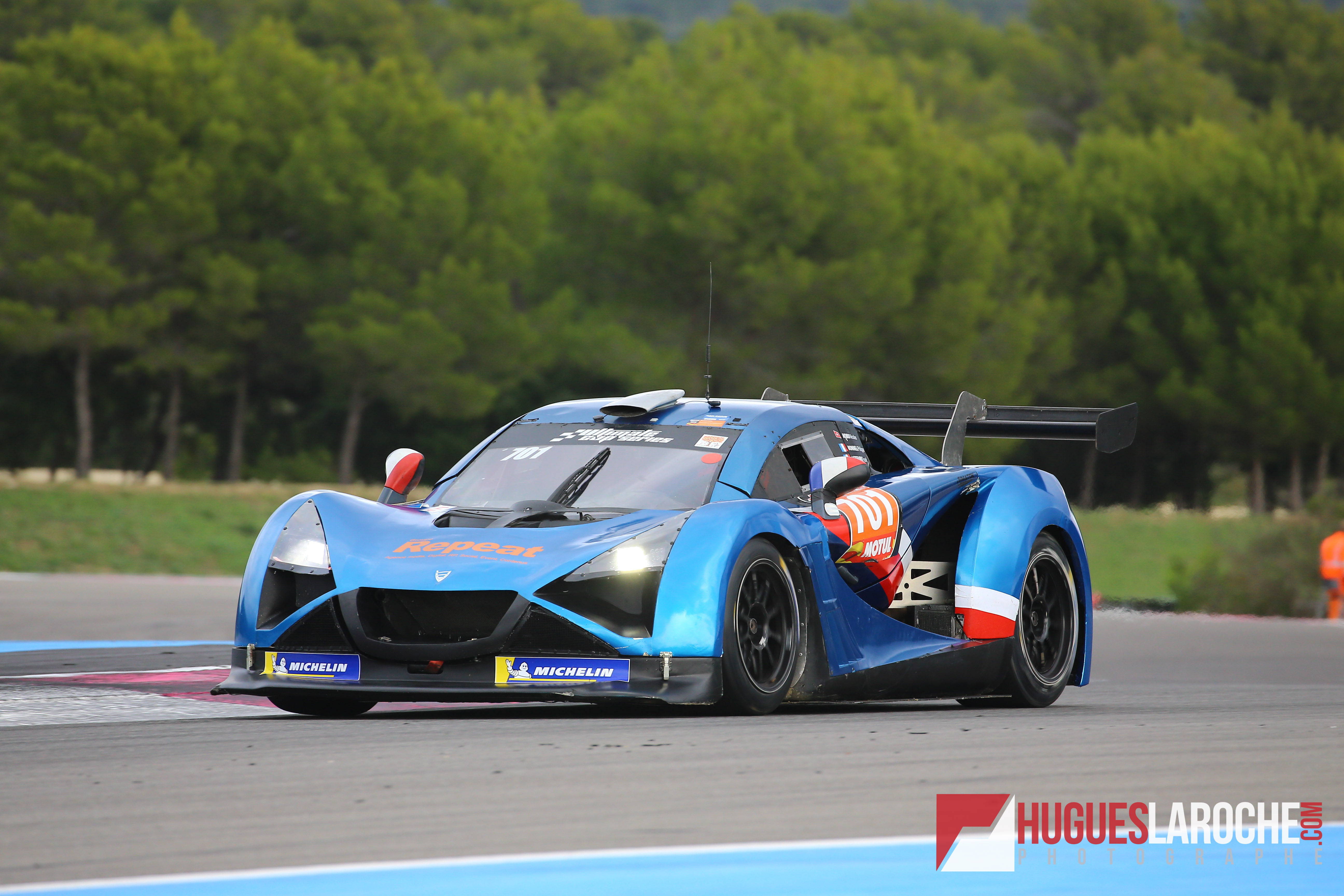 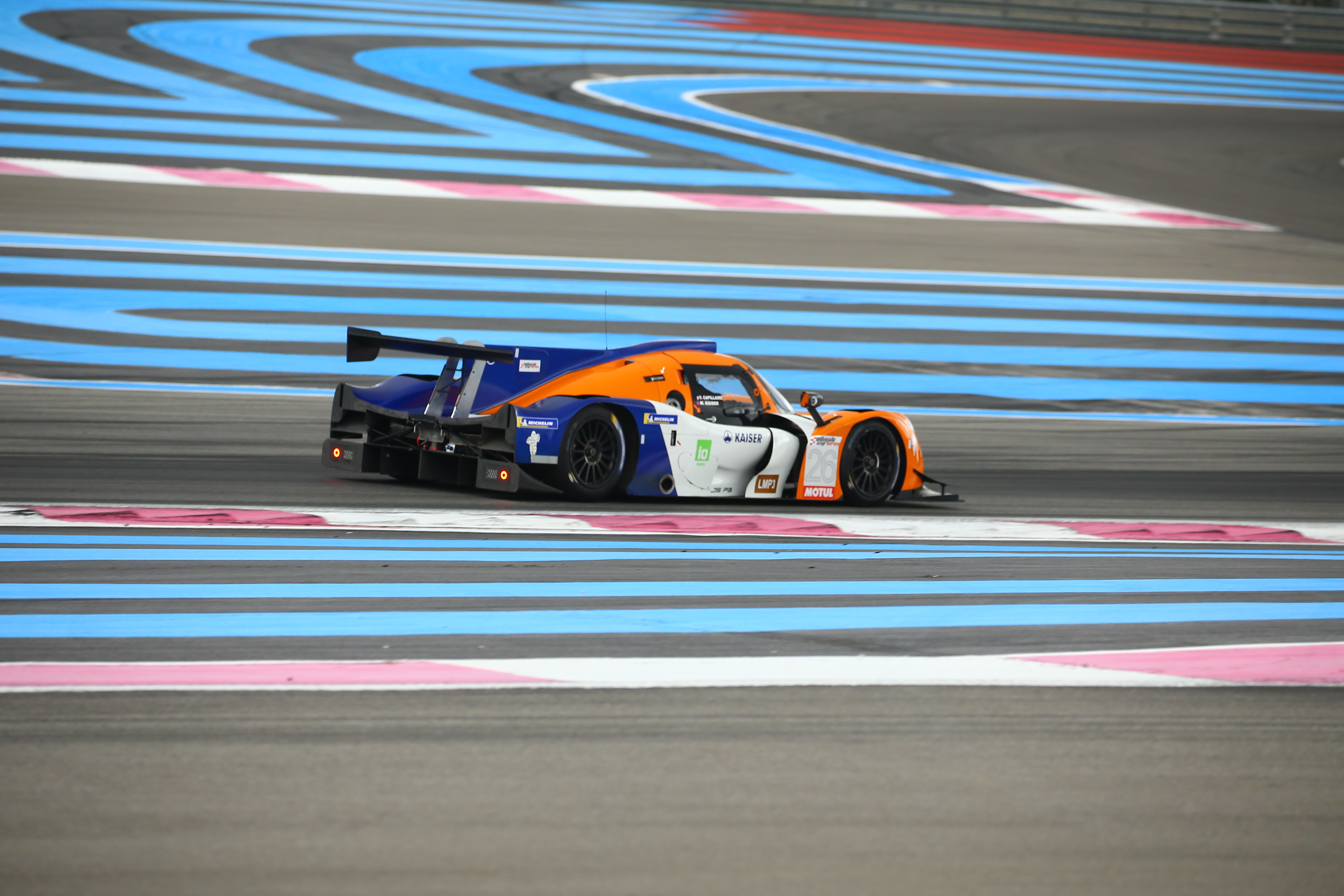 The drivers did not have a busy schedule on Saturday and were able to fully focus on qualifying. On the program, three 15-minute qualifying sessions.

The hierarchy was very tight and the pole position went to Vincent Capillaire and Matthias Kaiser, on the JS P3 Ligier n°26 of the Wimmer Werk Motorsport, in 2:00.486. David Droux and Sébastien Page (Norma M30 n°7/Realteam) concede only 79 thousandths. It should be noted that the young Antoine Robert set the fastest time of 1:58.816, at the wheel of the Norma M30 n°21/DB Autosport.

The start of the race is scheduled for this Sunday at 10:50 am. 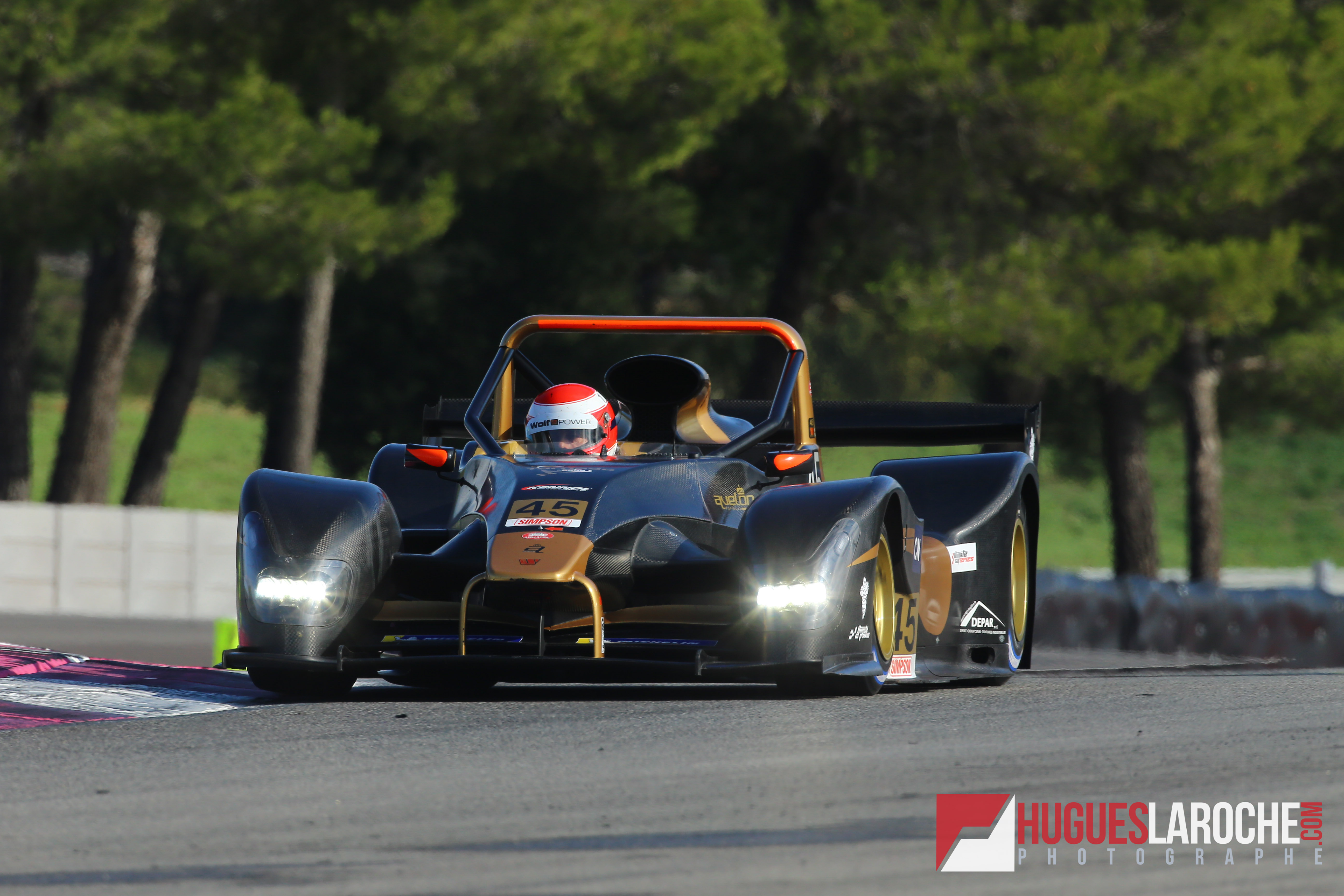 Ivan Nicola Bellarosa dominated the qualifying session with a pole position of 1:58.971 for Wolf GB08 Tornado No. 45/Avelon Formula.