The Ligier JS2 R are welcome in the Ultimate Cup Series

We could see the brand new Ligier GT in the running during the second half of the season in the Ultimate Cup Series. The organisers are in any case open to their visit and even offer an exceptional offer.

The Ligier JS2 R will compete in the Challenge GT, in the UGTX category with an optimal driving time for drivers. Two free practice sessions (1h30), a qualifying session (1h) and a four-hour race are on the programme on the most beautiful European tracks. 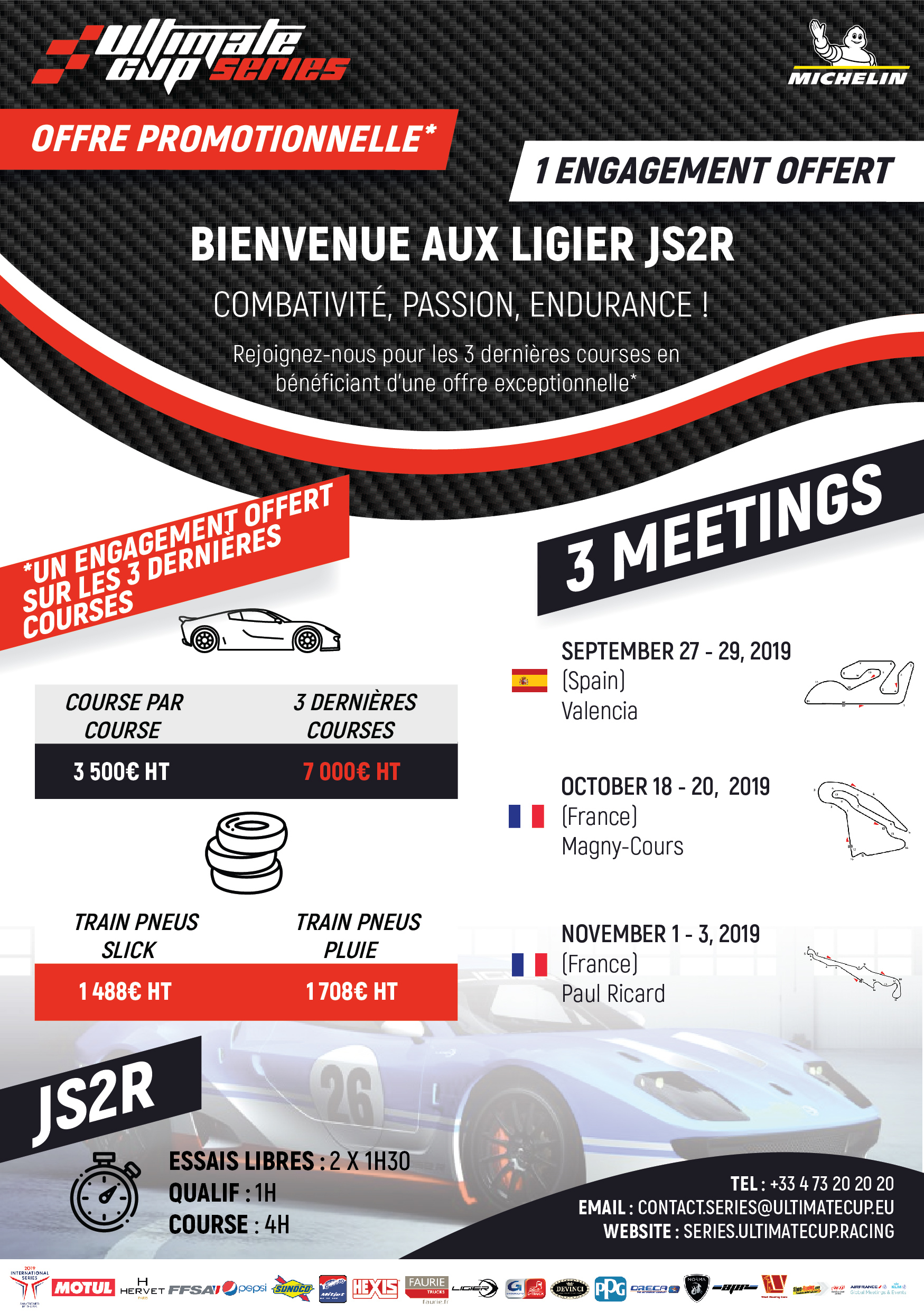