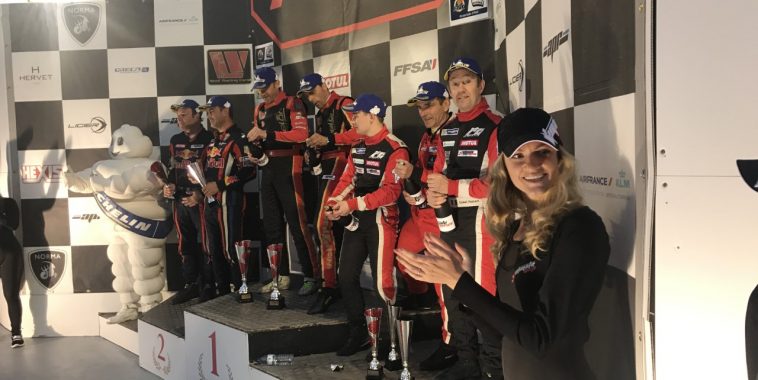 Italien drivers Bellarosa and Belotti, winners of the spectacular opening round of the Speed Euroseries by Ultimate Cup.

An incredible show was put on this past Sunday afternoon, as the first race of the renewed Speed Euroseries by Ultimate Cup took place on the portuguese track, Estoril. After 3 intense hours filled with adrenaline, it was the Italian pair Bellarosa-Belotti at the wheel of their Wolf GB08 Tornado who managed to secure the win.

The championship, reserved for CN cars and being rebooted thanks to the working relationship between the Ultimate Cup Series and V Motor Company, kicked off it’s first race of the season on the technical track Estoril, near Lisbon, where fans got to see teams and CN constructors with international experience battle it out. 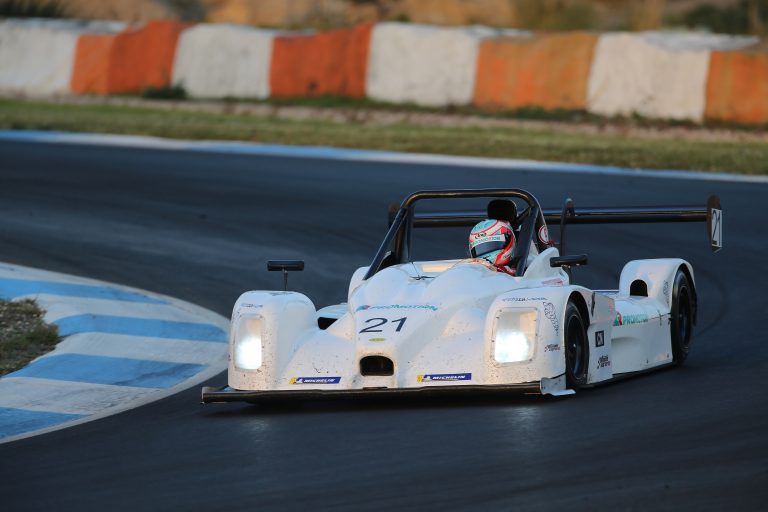 As of the first Free Practice session on Friday, it was apparent that DB Autosport’s Daniel Bassora, Lionel Robert and his son Antoine Robert whilst at the wheel of a Norma M20 ( car n#21) were fastest on the track.

But in the second session and to most viewers surprise, it was the Italian prototype champion Matteo Pollini, who was in fact on his european debut, at the wheel of the Wolf GB08 n#44 of Avelon Formula who was fastest!

On Saturday morning, the drivers went out on the 4.182 m. long circuit, for their one and only qualifying session of the week-end.

The reference time and best lap was set by team Avelon Formula, again with Bellarosa and Belotti, with a 1’35.849 lap put in by the first of the two italian drivers. They were shortly followed by two Norma M20’s, first by the one driven by David Cristini and Max Bertolami of team Krafft Racing, and then by DB Autosport’s Bassora, Lionel and Antoine Robert.

On Sunday afternoon, the race, set to be disputed over 3 hours, turned out to be a real show, despite the lack of cars on the grid for the first round of this rebooted series. The next round at Dijon will host more competitors of this class.

The green flag went down at the afternoon’s end, with the cars heading out onto the track with a setting sun until it was time for the checkered flag to be waived.

No matter the outcome, all those who travelled to the far portuguese track for the start of the season were extremely happy to have got back into a CN car.

For the first hour of the race, an intense battle between Belotti, Lionel Robert and Bartolami took place until the first pit stop, offering viewers constant overtaking, a real dice-up for the lead.

But it was far from over, as for the second part of the race, Ivan Bellarosa at the wheel of the Wolf GB08 Tornado n#45 and David Cristini in a Norma M20

battled incredibly until the final 105th lap had been completed!

Bellarosa managed to maintain his lead with authority, but Cristini showed constant desire and aggression to retake his place and make up the time all along the race.

And it was with only… 0.192 seconds that Bellarosa got the win over Cristini!

The top 5 of the first race of this rebooted CN category was completed by trio Bassora-Robert-Robert with their Norma M20/ DB Autosport ( Antoine Robert getting the fastest lap time of the race with 1’35.653), followed by Pollini-Deadati in their Wolf GB08 Tornado, and finally Pigozzi-Frati in the third Wolf GB08 Tornado/ Avelon Formula.

After a fantastic weekend of racing in the CN class, brilliantly organised by Vincent Vigier and the Ultimate Cup Series team, the next meeting is set for April 26th-28th at Dijon, the second of a seven round calendar.

Team Krafft, having got second place at Estoril, have confirmed to be ligning up three Normas at Dijon! 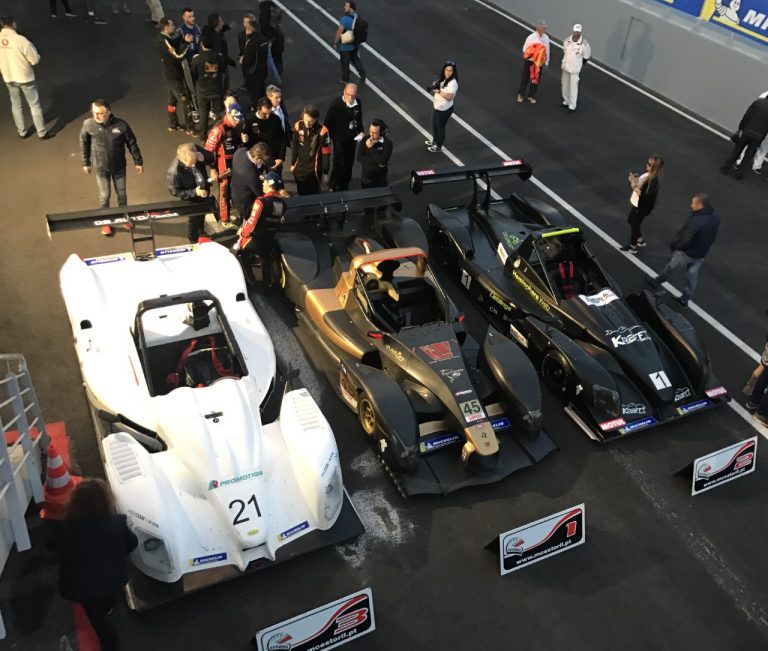