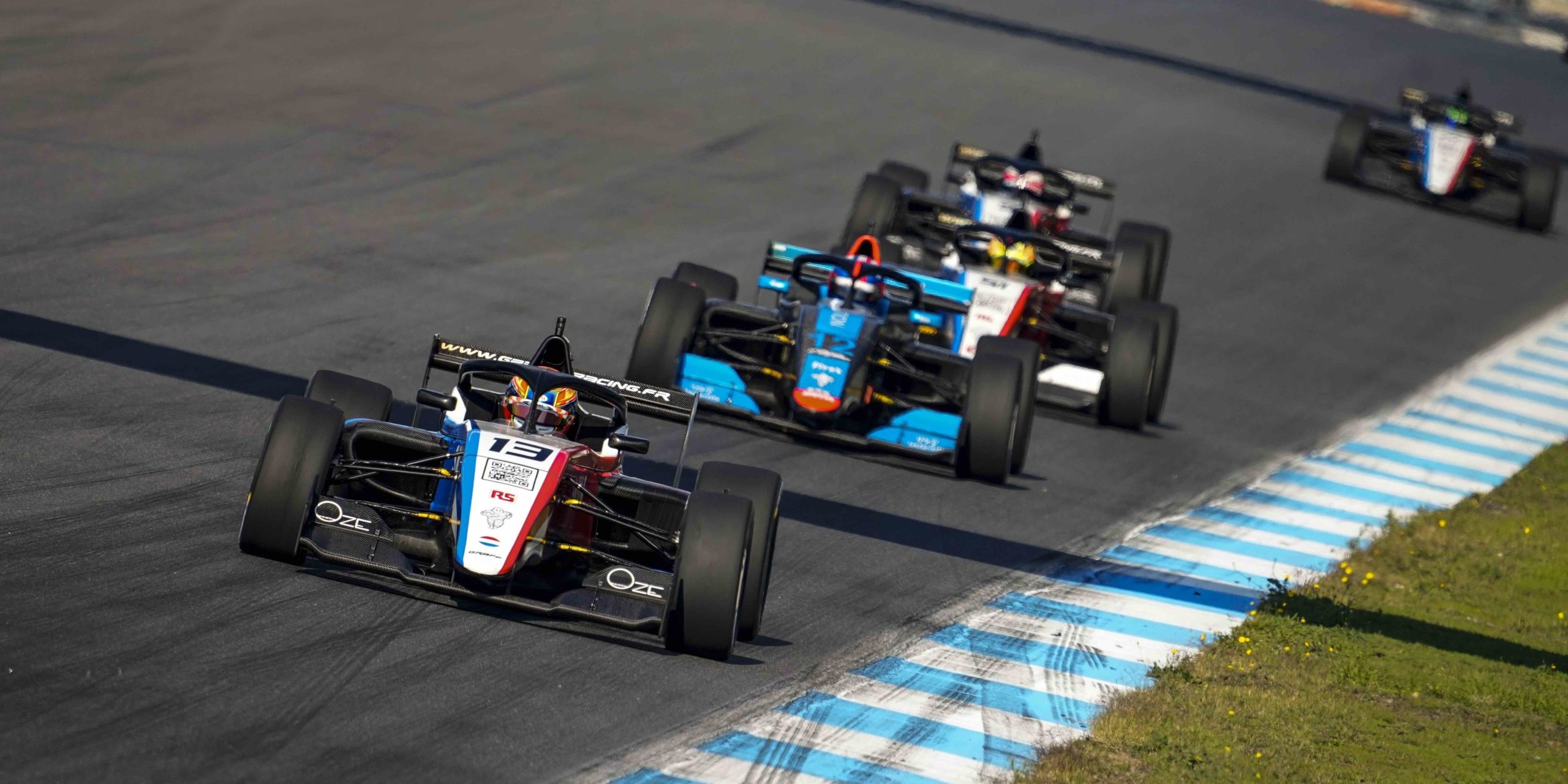 The competitors in the three sprint classes opened the races this Friday on the Estoril circuit.

A rare occurrence this season, the first races took place on this first day of hostilities. However, the race could not be completed due to the damage to the safety rail caused by a run-off.

Saturday’s programme was adjusted to accommodate the race and the practice sessions that were to be held on Friday evening.

The very tight qualifying sessions were already a precursor to a merciless battle within the 208 Racing Cup grid. Joran Leneutre took his first pole position in the general classification for only 40 thousandths ahead of his teammate at JSB Competition, Florian Briché.

The pack of around thirty Peugeot 208s was unleashed at lights out in the early afternoon, marking the real start of the competition. In pole position, Joran Leneutre (JSB Compétition) managed to keep the advantage at the first bend over Florian Briché. The latter does not let himself be outdone by the young man who is not intimidated by his teammate. At the end of 10 laps completed wheel to wheel, with a few tenths of a second difference at the end of each of them, Joran Leneutre wins the race at the chequered flag, thus taking his fourth overall victory, but also securing the points in the Junior ranking. In spite of the continuous pressure exerted by Florian Briché, the latter lost by only 0.183s.

KENNOL GT-Touring Sprint, race 1 : the first of the weekend for Gilles Colombani

Marc Waechter was on a roll and spared no effort to set the two fastest times of the two qualifying sessions. The driver of the n°4 Renault R.S. 01 of G2 Racing AG thus took all four pole positions at stake this weekend.

Marc Waechter got off to the best start, but the hardest part was still to come. It is no longer 20 minutes that need to be overcome, but 25 minutes this weekend. The task was made even more complicated by the fact that a third man joined the battle at the front, Gilles Colombani. At the wheel of the Renault of the Clairet Sport team, the Corsican was however overtaken by Bernard Delhez (AB Sport Auto) in the first turns. But Gilles Colombani was not left behind and after several laps in 3rd position, he took his rightful place against the Belgian.

Now in 2nd place, Colombani started to think about victory and tried to catch up with the leader, whom he managed to overtake on the last lap. The Clairet Sport driver wins with only 105 thousandths of a second ahead of Waechter, while the GT Class 3A podium is completed by Bernard Delhez, 4th overall.

Victory in GT Class 5A went to the #401/Pro Sport Racing Aston Martin Vantage in its first race in the Ultimate Cup Series.

Sébastien Thome won for the first time in the 308 Cup class for the TSA/Clairet Sport team.

Winner of four of the six races he contested, Laurens van Hoepen got his Portuguese weekend off to a great start. He took the two best times in qualifying, i.e. the poles of the first two races, pushing his rivals, including Nicolas Prost, back more than a second.

The 17 cars lined up on the starting grid for a first confrontation of 20 minutes that promised to be explosive. The green flag was waved, Laurens van Hoepen (Graff) took off perfectly from the grid to cross the first turn, in the lead at the wheel of the #13 F3R, ahead of Nicolas Prost (CMR) and Théo Vaucher (Graff).

The debates were interrupted on the second lap when Sébastien Page lost his front wing and went off the track. Several minutes of intervention by the Safety Car were necessary before the hostilities resumed, with eight minutes to go before the chequered flag.

The Dutchman was able to restart the race while the battle for second place was raging. Nicolas Prost had to resist the pressure exerted by Théo Vaucher, who managed to get away from the championship leader.

Laurens van Hoepen wins again, the first one of the weekend, with 8 seconds advantage on Théo Vaucher who offers the Graff the double. Nicolas Prost completes the podium and continues to collect points for the championship.

The last two races will take place tomorrow, Saturday, at 11am and 2pm.

The top ten positions on the grid were reversed compared to the classification of race 1 of the Peugeot 208 Racing Cup. The 10th-placed Enzo Carvalhido (Comte Racing Team) and the 9th-placed Pierre Monmaneix (GPA Racing) share the front row of the grid.

The latter did not wait for his time to come, followed by Guillaume Blancardi (Gemo Sport). The latter was then passed by Viny Beltramelli (Ropars Racing Team). The latter, in second place, chased down the leader and found an opening with 4 laps to go, taking the win at the end of the 10-lap race.

The podium is completed by Pierre Monmaneix (GPA Racing) and Pierre Bredeaux (Comte Racing Team), winner in the Junior category.

It was another overwhelming domination of Thierry Blaise in the Gentlemen category, still for New Team Compétition.

The first two rows of the starting grid for this second race were identical to those of the first. Marc Waechter (G2 Racing AG), author of the pole, is ahead of Gilles Colombani (Clairet Sport), while Bernard Delhez (AB Sport Auto) and Charles-Henri Samani (Racetivity) follow on the grid.

From the start, Bernard Delhez took the lead in his Renault R.S. 01, ahead of Marc Waecther and Gilles Colombani. The fight between the three men is tough in the first laps, but the gap widens lap after lap, always in favour of the leader.

The battle was also raging in the field, where the #64 Porsche 911 GT3 Cup (BHK), the #84 Ferrari 488 Challenge (SF84) and the #401 Aston Martin Vantage (Pro Sport Racing) were not doing each other any favours in the top five. At the end of the penultimate lap, Jérémy Faligand crashed into the gravel at the exit of the last corner, lost control of his Ferrari and hit the safety rail hard.

The race was immediately interrupted by a red flag. The race did not restart and the standings were frozen. However, at the time of writing, the standings have not been established.

Saturday’s programme will therefore be more extensive than expected with the last six sprint races and the 208 Relay race, which will not last 4 hours, but 3 hours, at the end of the day.