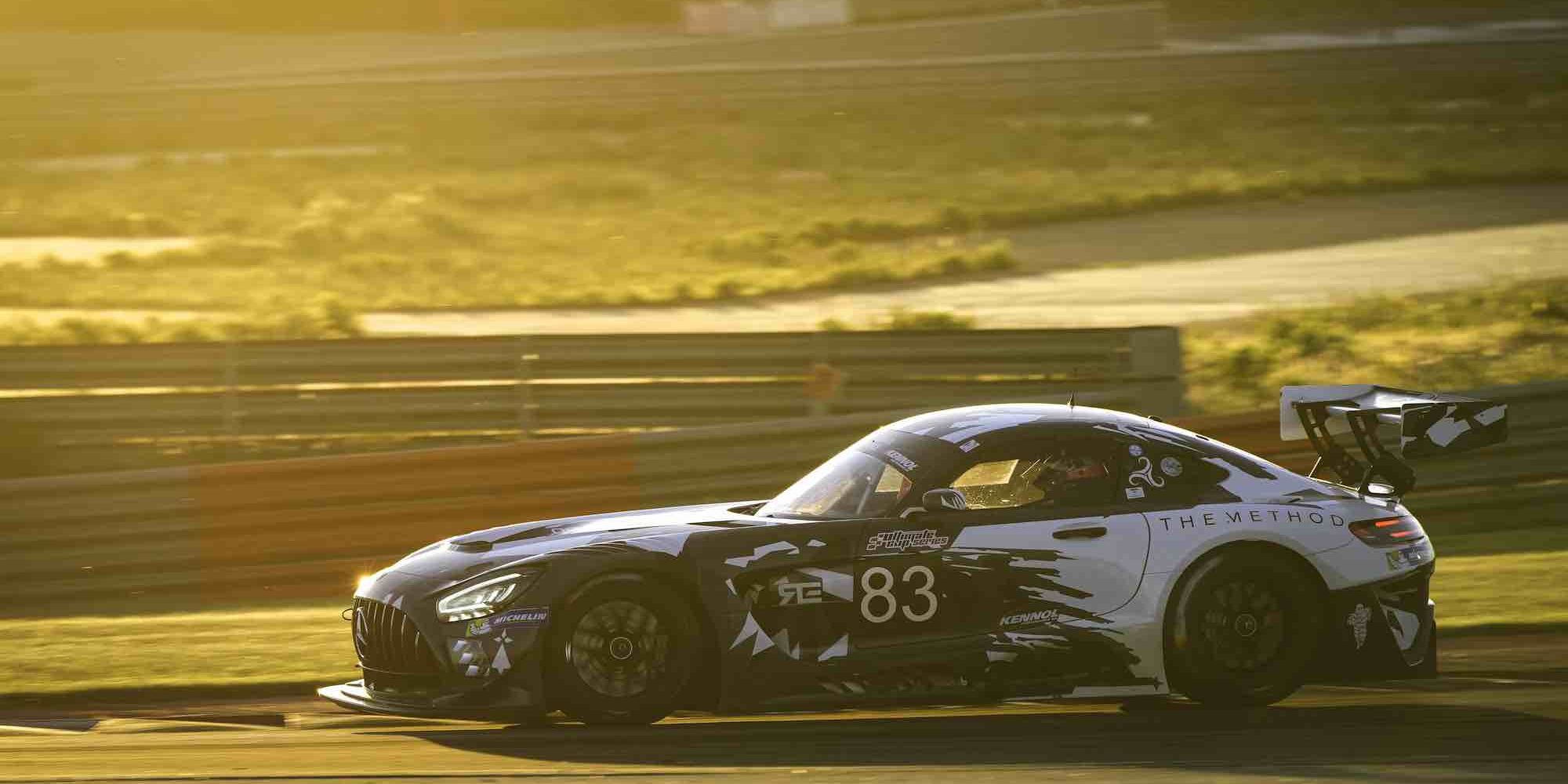 Second round and second consecutive pole position for the crew of the #83 Racetivity Mercedes-AMG GT3. Charles-Henri Samani and Emmanuel Collard announced the colour in qualifying with a best average time of 1:38.375, ahead of the trio in the n°2 Visiom Ferrari 488 GT3 Evo by 9 tenths (1:39.293). The n°88 Akkodis ASP Mercedes-AMG GT3 and the n°31 AB Sport Auto Renault R.S. 01 completed the second row of the grid.

The 12 magnificent cars entered this weekend, with the exception of the #71 Porsche 911 GT3 Cup of Martinet by Alméras, which withdrew during the night, lined up on the grid in the late afternoon.

The start was given in daylight conditions, led by Charles-Henri Samani. The driver of the n°83 Mercedes got off to a good start, but it was David Hallyday in the n°2 Ferrari who took the lead at the start of the first corner. At the wheel of the beautiful Italian car, David Hallyday immediately widened the gap, which tended to diminish over the following laps.

The first neutralisation by a Full Course Yellow, caused by the exit of the Marc Car II Mustang n°55 of VDS Racing Adventures, marked a major turning point in the race. Indeed, the leading men seized the opportunity to rush into the pit lane. From then on, new strategies were put in place for a long-distance fight between all the protagonists.

At mid-race, the hierarchy became clearer, with Racetivity’s Mercedes dominating the standings. The good strategy, combined with the excellent pace shown by Charles-Henri Samani and Emmanuel Collard, allowed the Mercedes crew to win for the first time this season, at the end of the night, with 60 laps completed in the lead out of the 132 covered. To top it all off, Emmanuel Collard set the fastest lap of the race.

Despite David Hallyday’s excellent start and the first 11 laps being well run, the n°2 Ferrari, also driven by Jean-Paul Pagny and Jean-Bernard Bouvet, was no longer able to compete with the leaders in the second part of the race. However, the Visiom trio finished on the second step of the podium and took some important points after their victory in Castellet.

The n°31 Renault R.S. 01 of AB Sport Auto, driven by Rémy Kirchdoerffer and Jonathan Cochet, finished once again on the podium of the general classification and of the UGT3A category, ahead of the n°88 Mercedes-AMG GT3 of Akkodis ASP, driven by Vincent Capillaire and Nicolas Chartier.

In the UGT3B category, the Marc Car II Mustang of VDS Racing Adventures went off the track, leaving the Vortexes to fight it out for class victory. Philippe Bonnel, Miguel Moiola and Lucas Sugliano won in the n°701 Vortex, ahead of their team-mates in the sister car n°703.

Milan Competition’s Audi R8 LMS saw the arrival of its first endurance race in the Ultimate Cup Series and its two drivers won in the UGTC4A category.