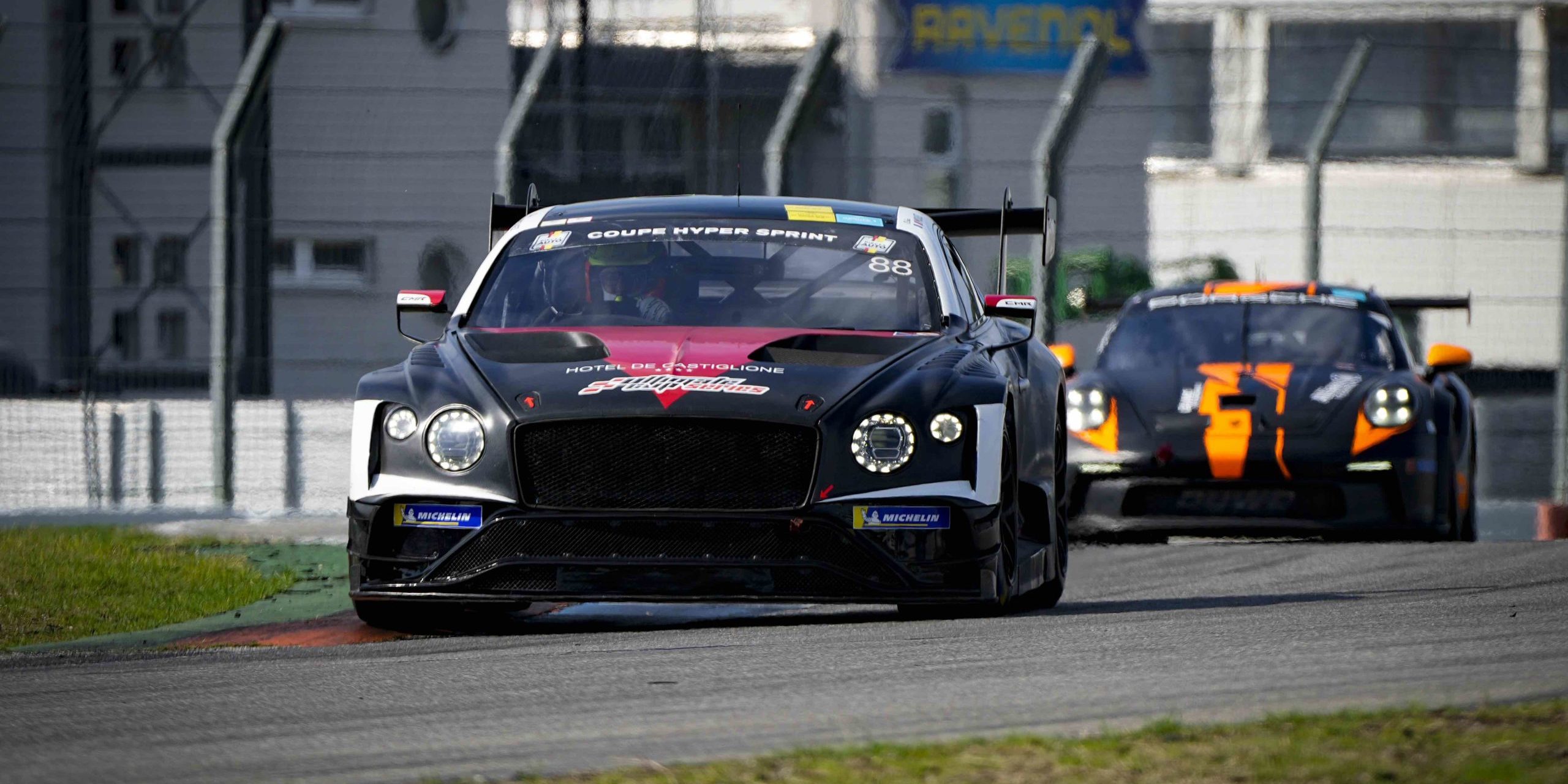 Thanks to a very good Italian weekend at Misano, Eric Mouez has taken the lead in the UGT3A ranking of the Coupe Pièces Auto GT Hyper Sprint at the wheel of the #88 Bentley Continental GT3, which he shares in Germany with Gabriele Marotta, within the CMR team. The French team is leading the overall team standings.

Edoardo Barbolini and Luca Demarchi, who won the individual races on home soil last July, are more than ever in contention for the title. The duo in the n°3 Scuderia Ravetto & Ruberti Ferrari 488 GTE Evo will be looking to confirm the trend and above all to follow up with a perfect weekend.

The format, which was introduced at the start of 2022, features three races – two of 20 minutes and one of 50 minutes – and promises to be particularly lively, especially with the arrival of a new car, the Chevrolet Corvette C7.R GT3 Callaway. The car will be driven by Kennol Racing Team, with Kennol CEO Olivier Morihain and experienced driver Christophe Bouchut. The latter can boast 20 participations in the 24 Hours of Le Mans, including an overall victory in 1993.