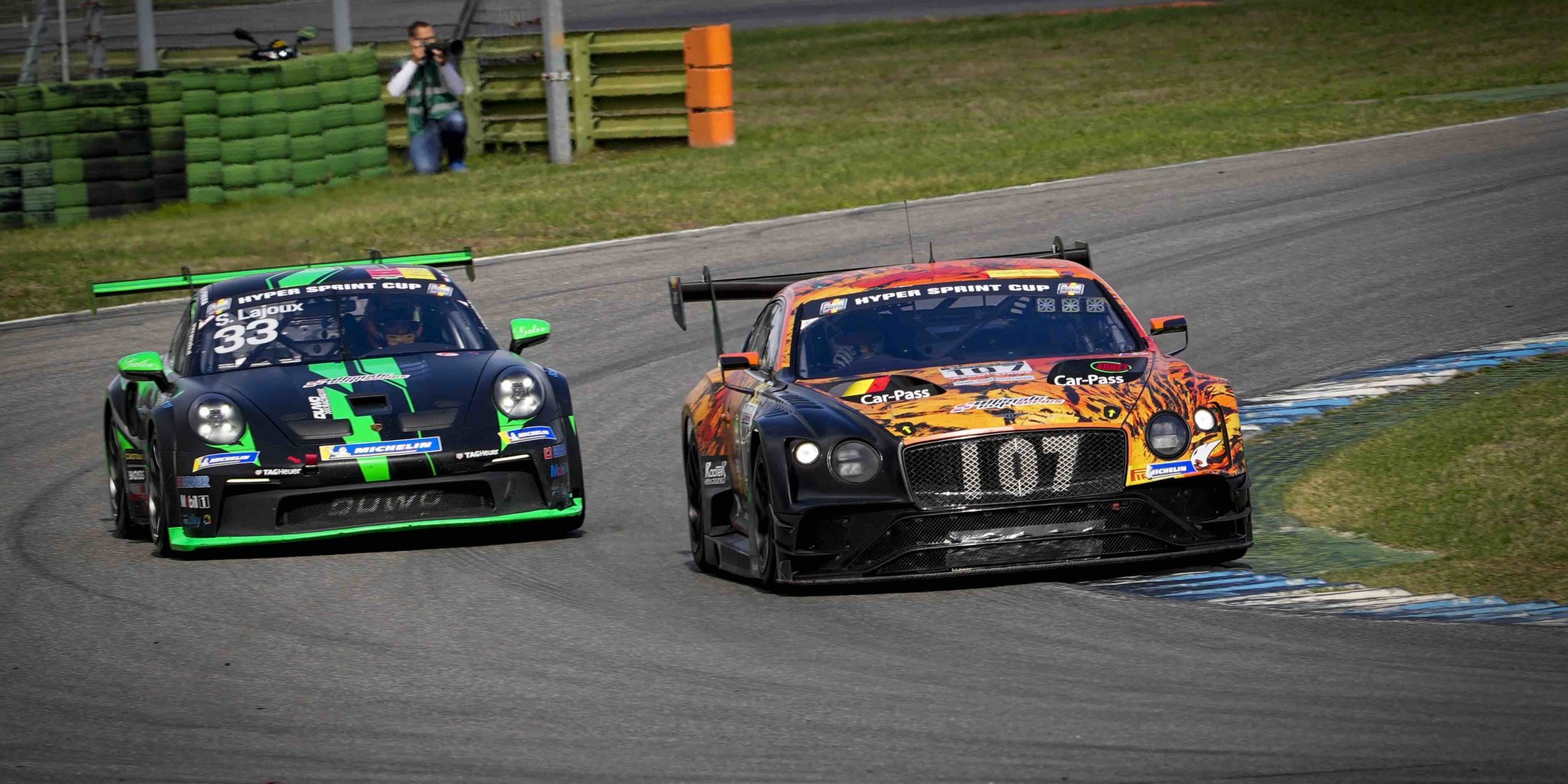 After two 20-minute sprint races yesterday, it was time for the 50-minute ‘long’ race of the Coupe Pièces Auto GT Hyper Sprint, with a mandatory pit stop in a specific window around the halfway mark.

Based on the accumulated results of Races 1 and 2, the grid saw the No. 3 Scuderia Ravetto & Ruberti Ferrari 488 GTE Evo on pole, alongside the No. 33 Porsche 911 GT3 Cup/SebLajoux Racing. On pole, Edoardo Barbolini lost the lead in the first few corners before regaining it against Giovanni Scamardi in the Porsche Cup. Back at the top of the hierarchy, the Ferrari n°3 took the lead until the pit stop during which it had to stop longer than its opponents due to the Silver classification of the second driver, Luca Demarchi.

The Ferrari then lost the lead at mid-race to the benefit of the Porsche Cup n°33, now driven by Sébastien Lajoux. After being overtaken by Nigel Bailly’s n°107 Bentley Continental GT3, the Porsche, then third in the overall classification and leader of its category, was given an 11-second stop & go penalty for not respecting the minimum stopping time.

A duel between the leading Bentley and the Ferrari began for the final victory. Lap after lap, Luca Demarchi reduced the gap by seconds to get closer to the leader who was in his sights. Despite the relentless pressure on the final lap, Nigel Bailly held his nerve to bring the #107 Bentley to the finish line just 223 thousandths of a second ahead of the #3 Ferrari.

The paraplegic Belgian driver takes his first ever motorsport victory since his debut in 2017. It is the first time a disabled driver has won a GT3 car in any discipline. The duo in the No. 3 SR&R Ferrari will remain on a two-race winning streak in UGT3A and with this 2nd place finish, the pair will extend their championship lead.

The penalty put a damper on the n°33/SebLajoux Racing Porsche Cup, which left the category win to its sister car n°48, driven by Didier Glorieux. The n°33 finished 2nd in the category, 6 seconds behind the winner of the day, ahead of Maxime Mainguy and the n°82/Breizh Motorsport Porsche, 3rd.