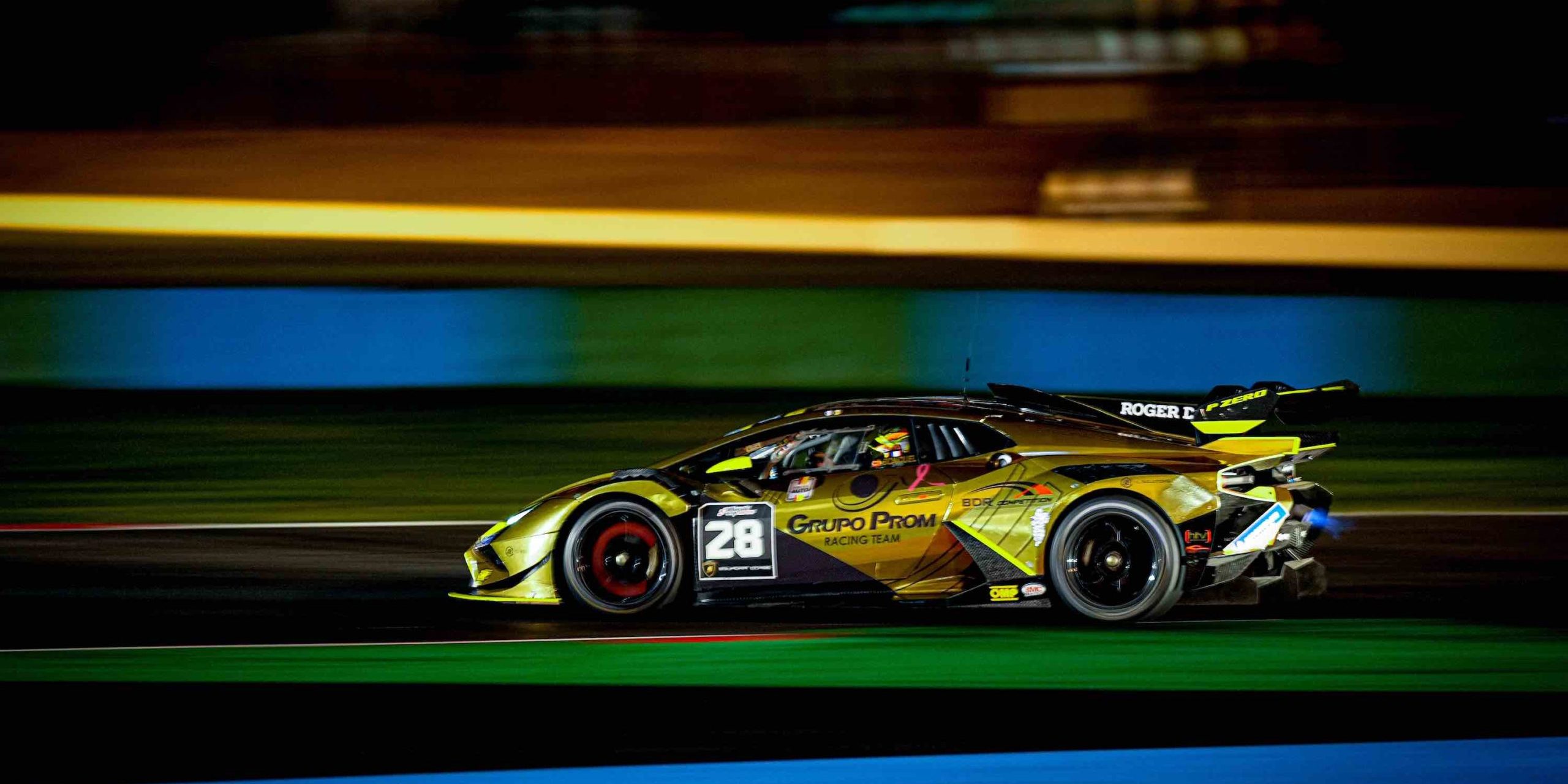 Hugo Chevalier set the fastest time in Q1, taming the 4.411-kilometre track in 1:36.514 in the #4 Racetivity Audi R13 DTM, relegating Amaury Bonduel and the #28 BDR Competition Grupo Prom Lamborghini Super Trofeo, driven by Amaury Bonduel, to almost two seconds (1:38.335). The second row was shared by the #107 CMR Bentley Continental GT3 of Nigel Bailly and the #88 of Rudy Servol.

Since qualifying this afternoon, night has fallen on the circuit and it is in night conditions that the first confrontation will take place. A characteristic which will have reason for the participation of the Audi R13 DTM. Indeed, the car is not equipped with sufficiently effective headlights in these conditions, thus leaving the first place on the grid vacant.

Second on the grid, Amaury Bonduel had a free hand when the lights went out. The driver of the #28 Lamborghini was already a few lengths ahead of his rivals. Alone in the lead in front of the Bentley, the Belgian had to serve his penalty due to his category and came out just behind the Bentley of Rudy Servol. The latter tried to resist, but finally lost out to the Belgian who imposed the n°28 Lamborghini after 15 laps, with the best lap in the race as a bonus. 2nd at the finish, the driver of the n°88 Bentley took the victory in UGT3A, far ahead of the n°21/G2 Racing AG Renault RS01 and the n°107/CMR Bentley of Nigel Bailly.

Maxime Mainguy took the honours in the Porsche Cup with victory in the n°82/Breizh Motorsport 911 GT3 Cup, while the n°44/Rosel Racing BMW M2 CS won the UGTC4B.