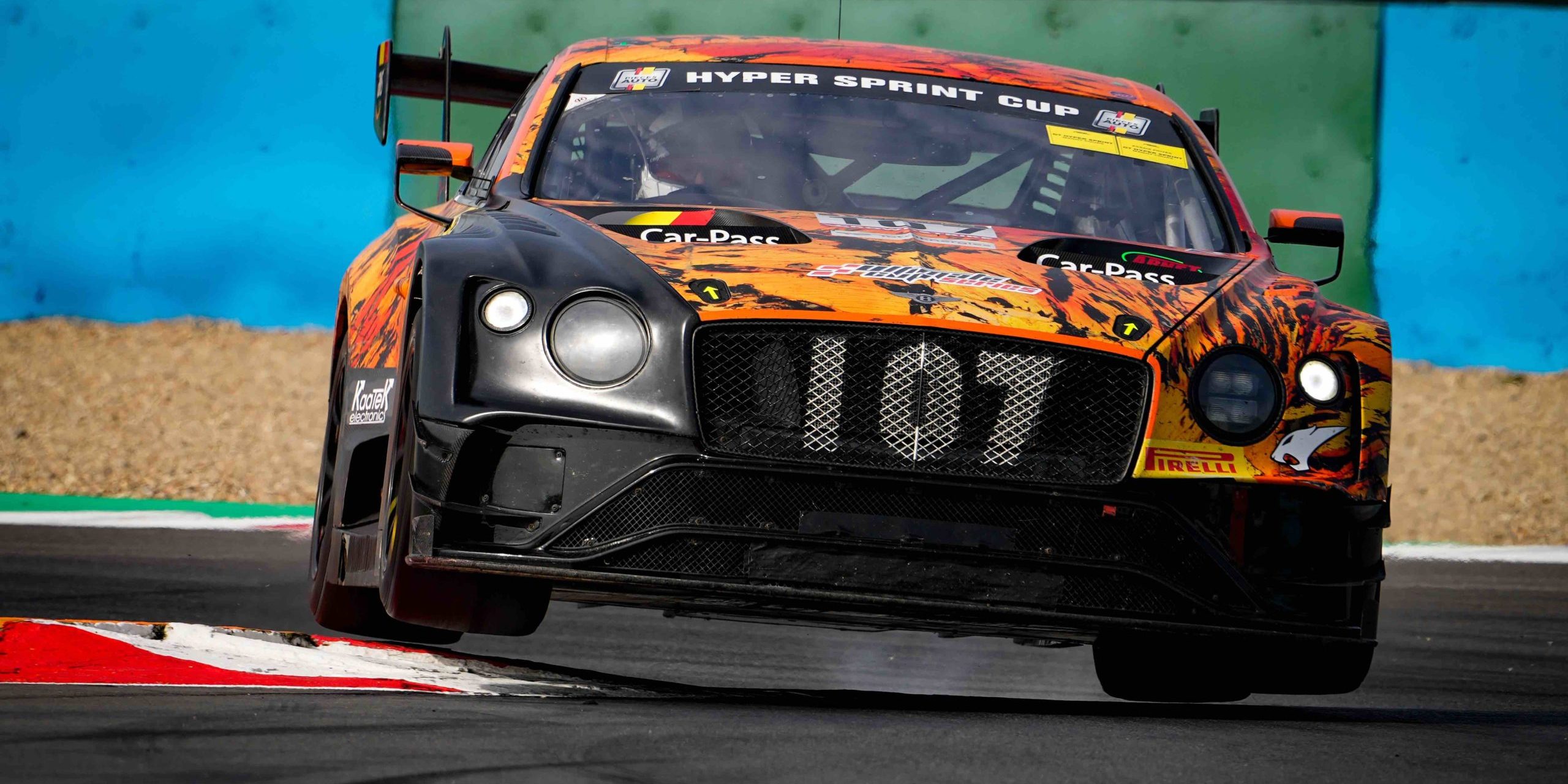 After his first success in the GT3 standings at the wheel of the #107 CMR Bentley Continental GT3, paraplegic driver Nigel Bailly repeated the feat in both of the day’s races.

Starting from 4th position on the grid of race 2, which lasted 20 minutes, the Belgian driver took the lead over the n°4 Racetivity Audi R13 DTM, which was alone on the front row due to the late exit of the n°28/BDR Competition Grupo Prom Lamborghini Super Trofeo, which was forced to start from the pits. Leading for the first 8 laps, the battle intensified between the leading Bentley and the n°4 Audi, going right up to contact. At the end of 13 laps in bright sunshine, Nigel Bailly climbed to the top of the podium for the second time in a row this season, ahead of the N°4 Audi R13 DTM, credited with the best lap in the race. The leading trio was completed by Marc Waechter and the n°21/G2 Racing AG Renault RS01.

A few hours later, at the end of the day, Nigel Bailly came through the 50-minute race to take another victory at the wheel of the #107 Bentley, to the detriment of the #21 Renault driven by Marc Waechter, back after a stint at Castellet. The Swiss driver lost out to the Belgian winner by 3 seconds, making further history in motor sport.

Despite his penalty due to his Silver categorisation, Amaury Bonduel took the two victories of the day in UGT3B, including a scratch podium in race 3, for the n°28 Lamborghini Super Trofeo/BDR Competition Grupo Prom.

The n°4 Audi R13 DTM driven by Hugo Chevalier and Eric Debard can boast a 2nd position in race 2.

A full house for Maxime Mainguy (Breizh Motorsport) this weekend with three victories out of three in the Porsche Cup category, as well as Grégory Launier in the UGTC4B category with the BMW M2 CS Racing n°44 of Rosel Racing.