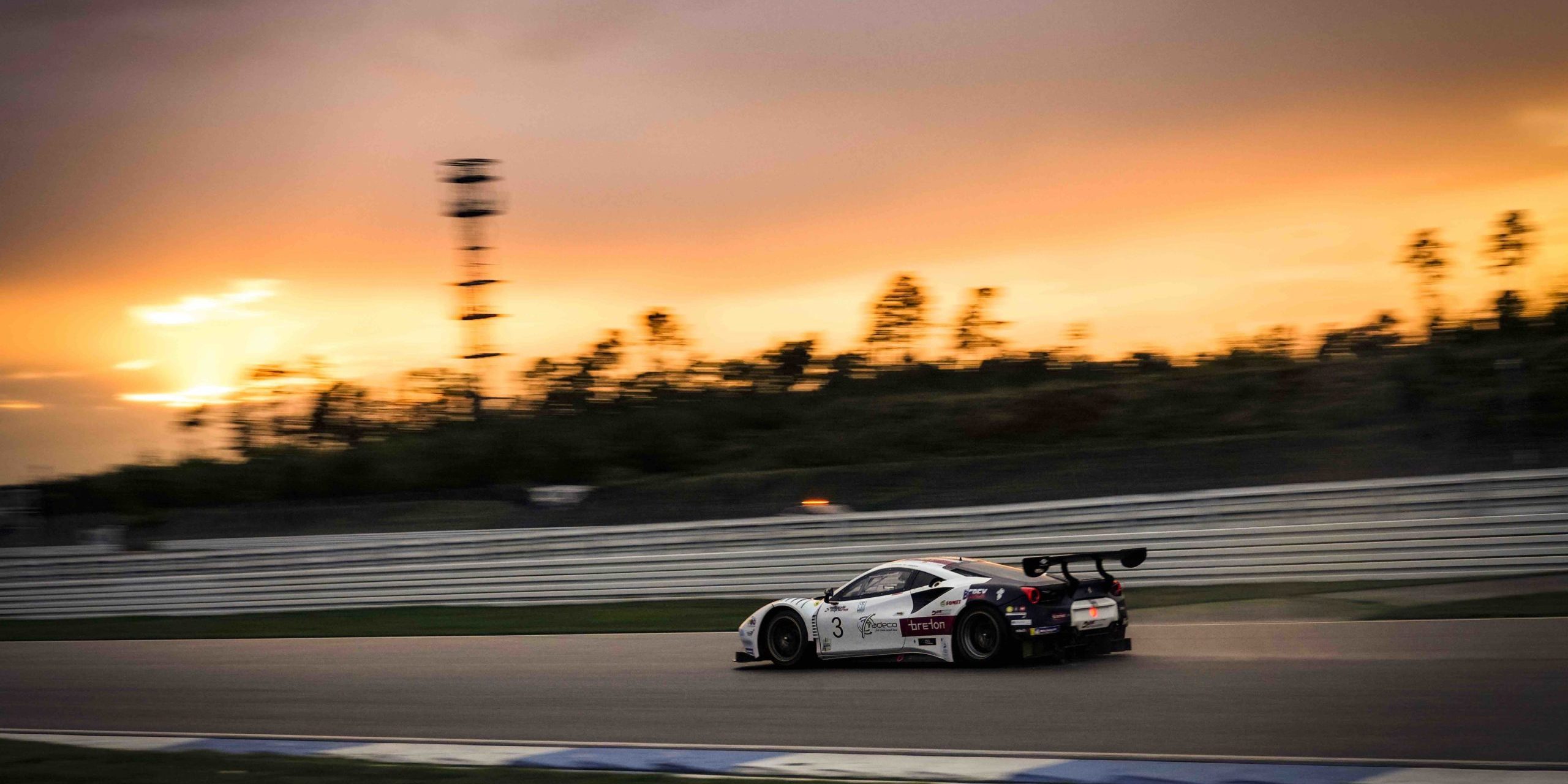 Edoardo Barbolini started from pole position and led all the laps to win the first 20-minute sprint race. While the Ferrari was in the lead, the battle was raging behind between the n°107/CMR Bentley Continental GT3 driven by Nigel Bailly and the n°33/CMR Porsche 911 GT3 Cup driven by Giovanni Scamardi. In the end it was the Belgian who finished second overall and in the UGT3A category, while Giovanni Scamardi won the Porsche Cup category ahead of Didier Glorieux (SebLajoux Racing) and Maxime Mainguy (Breizh Motorsport).

A few hours after race 1 on a dry track, race 2 looked different with a wet track following the rain shower that had fallen a few minutes earlier. However, after two formation laps, the race started with poleman Luca Demarchi on the front row. At the wheel of the n°3 Ferrari 488 GT3, the Italian took the lead while the duel between the n°107 Bentley Continental GT3 and the n°33 Porsche 911 GT3 Cup, now driven by Sébastien Lajoux, continued.

Luca Demarchi’s domination was undermined by the stop & go which he had to carry out in view of his status as a Silver driver, as provided for in the regulations. As a result, the n°3 Ferrari loses the lead, now in the hands of the n°33 Porsche. With less than 5 minutes and a few laps to go, the two cars were separated by only 5 seconds, leaving the Italian still with a chance of winning the scratch race. Sector after sector, the Ferrari reduced the gap to the Porsche, but the latter nevertheless managed to cross the finish line in the lead, 0.6 seconds ahead of its closest rival.

Second place went to the Scuderia Ravetto & Ruberti driver, who nonetheless won the UGT3A class after his teammate in Race 1. The pair in the n°3 Ferrari thus achieved a good result, once again ahead of the n°107 Bentley of paraplegic Belgian driver Nigel Bailly.

It is worth noting that the Kennol Racing Team’s #49 Callaway Corvette C7-R GT3 failed to finish the race due to a broken connecting rod on the American car’s engine during qualifying. Christophe Bouchut and Olivier Morihain were therefore unable to take part in the rest of the race.

BDR Competition Grupo Prom also had a problem with its two Lamborghini Super Trofeo cars withdrawing from the race on Friday.

A 50-minute race, with a compulsory pit stop, awaits the drivers of the Pièces Auto GT Hyper Sprint Cup on Saturday.