New weather points this Saturday on the Dijon-Prenois circuit, and it&#39;s not a very pleasant one.
It was very humid and the rain soon fell on the circuit, causing the track conditions to be very
difficult.

It was the Tatuus FR 2.0 who opened this Saturday&#39;s &quot;festivities&quot;, even if the drivers were not at the
wedding, with a very cold, very wet but not yet wet track. We didn&#39;t want to do the &quot;it&#39;s bon, it&#39;s
Bonduel&quot; thing again! &quot;but Amaury Bonduel (Tatuus#28) took control from the start, and at ease in
the rain, he immediately increased the gap in an impressive way since after two laps of racing he
already had a seven second lead over Sacha Lehmann (Tatuus #16) and increased his lead lap after
lap for twenty seconds margin on his nearest chaser before a neutralisation, in the end, reduced his
lead to nothing. However, in the restart, he started again and won a race that he had led from start
to finish, ahead of Sacha Lehmann and Augustin Collinot (Tatuus #26), the three LAMO Racing drivers
being for the third consecutive time in three races!

The track was still wet, but not completely. The choice of teams was difficult between the slicks,
without forgetting that with a very cold track, the choice of tyre pressure was also difficult.
Vincent Capillaire started from pole position with the Ligier JS P3 Wimmer Werk Motorsport #26. He
maintained command when the lights were extinguished in front of Arnold Robin&#39;s Norma M30 TFT
#72 and the Norma M30 DB Autosport #21 of Lionel Robert, followed by the Ligier JS P3 Intereuropol
Competition #14 of Paul Scheuschner. 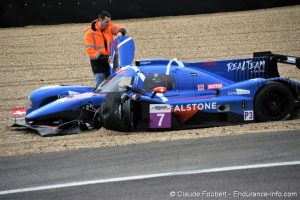 For the Norma TFT #3 and Norma Graff Racing/RealTeam #7 things were going much worse, because the two protos were hanging on before the S of the Sablières and going into the gravel bin. The Norma TFT managed to get out of its awkward posture and back on the track almost immediately, but Norma #7 was badly hit with its left front wheel torn off. The unfortunate Esteban Garcia was forced to abandon, not even being able to complete a half lap of the circuit.

To allow the Norma #7 to be cleared by the tow truck and to allow the stewards to remove the debris left on the track by the proto, the safety car was in action and several teams were taking the opportunity to pitstop, the hierachy of the peloton being upset by it. 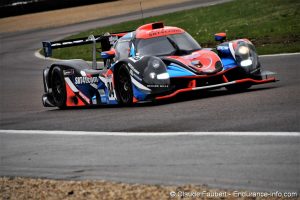 The Ligier JS P3 SRT41 #84, thanks to a good strategy and an excellent first relay from Snoussi Ben Moussa, climbed to the top of the ranking and even set a time in second place!

The Norma TFT held its position for the next hour and at mid-race it was still in first position. Behind Norma #72, Russian Daniil Pronenko was racing magnificently with the Ligier JS P3 Speed Factory Team #4. Already the fastest on track during the first hour of the race, he was still the fastest during the second hour, setting the fastest lap in the race in 1.14.352. Ligier #4 had moved up to second place ahead of Ligier #14 and Ligier #94 of Team Virage (Padovani/Valenza/Falchero), the Italian team’s proto gradually rising to the top of the ranking. Three Ligier against a Norma, would the Robin family be able to resist?

The third hour was fertile in incidents, fortunately not very serious, and the race was going to have four full yellows, the weather was certainly not stranger to it!! Ligier #72 kept the leadership but Edward Jonasson made an excellent relay with Ligier Inter Europol Competition #14 and moved up to second place, followed by Norma DB Autosport #21, still in the pace but which had been unhappy with the safety cars, while Ligier #94 remained among the frontrunners.

Norma #72 was going to be freed of the threat of Ligier #14 because Simon Phillips, who had taken the relay of Jonasson, made a mistake and hit a pile of tyres. He could continue but the left rear of the proto was damaged and Ligier #14 would lose precious minutes at the pit, losing the advantage of a great race until then. The Ligier was going to finish in sixth place.

Arnold and Maxime Robin finally won the race, while Norma DB Autosport #21 offered the double to Norma, on the same lap as the winners. The Ligier #94 took advantage of the misfortunes of the Polish Ligier to take third place, best representative of the Ligier team.

Vincent Capillaire and Matthias Kaiser, who had lost a lot of time at the start of the race, had recovered well and finished fourth with the Ligier #26 ahead of the Norma #9 of Eric Trouillet and Luis San Juan of Graff Racing team, winners in the Gentlemen category, who were ahead of the Ligier #14 in Scheuschner/Jonasson/Phillips.

The ranking is here

The Mitjet Super Tourism of Cool Racing ruled the two Saturday races. In the first one, Victor Veyrich (#24) rode alone and won without any problem in front of Romain Carton (Cool Racing #25). 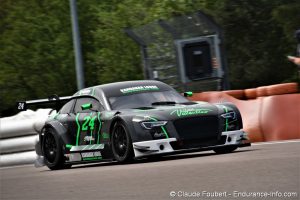 In race 4, the last of the meeting for the Mitjet, the order of the factors was reversed, with a very difficult track because it was very wet, and this time Caron was in front of Veyrich.

The track had dried up and the track conditions, without being optimal, were good at the time of the second free practice session, which allowed Ivan Bellarosa and Wolf GB08 #45 to set a very good time of 1.12.274 ahead of Norma M20 FC Krafft Racing #2 (Paul Aegerter/Dominique Cauvin) and ASP Racing #4 led by Lionel Robert.

The qualifying session was going to be quite different, with a very different track and wet conditions. Moreover, Wolf #45 could only complete 9 laps and it was NormaM20 FC #2 of Caubin/Aegerter that started in pole position (1.19.062), ahead of Norma #4 of Lionel and Antoine Robert, Wolf GB08 Avelon Formula #55 de Pigozzi/José Ibañez) taking the third time.

While qualifying will take place on Sunday morning, two free practice sessions were on the schedule for the GT today.

The two sessions were contrasted, with a start to the first session in more than correct conditions, with a track in good condition, and a second session, raced with an ultra-difficult track, the circuit having even received a very nice hailstorm.

During the first session of the day, the second and third since the beginning of the meeting, the Renault RS01 were the fastest, Massimiliano Mugelli (DEMJ #23) being the fastest in 1.14.776 ahead of the young Grégory Segers (AB Sport Auto#46) and the Ferrari 488 GT3 Visiom #1 of Jean-Bernard Bouvet.

During the second session, Jonathan Cochet, who had not driven in the previous session, dominated the debates with Solution F #87, in 1.23.475, ahead of Mugelli (1.26.954′) and JB Bouvet, again third.

The GT were reinforced by the Alpine A110 Autosport GP #74 which set the fifth fastest time of the session.