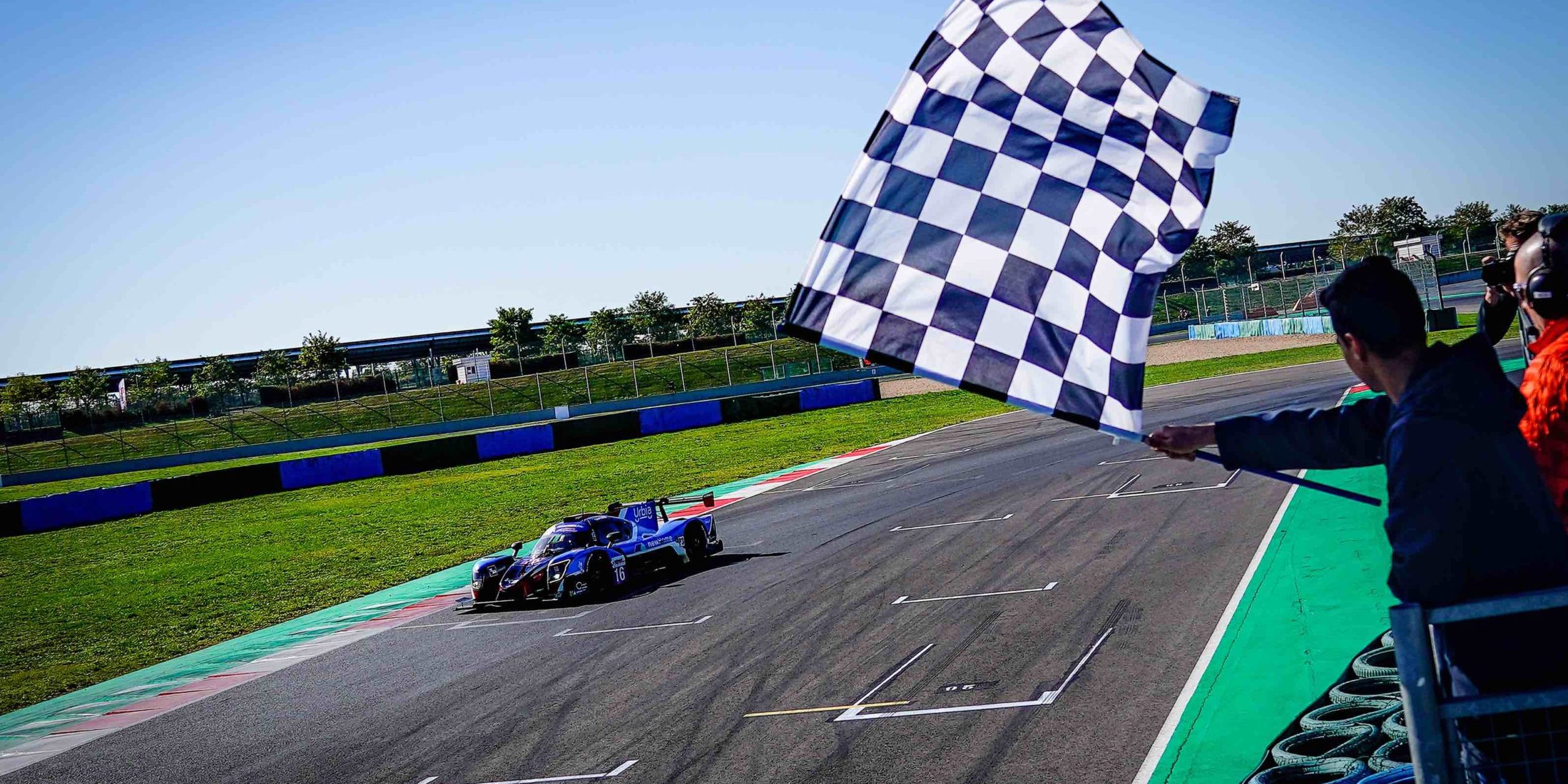 With a first victory in the general classification at Hockenheim, the Nova Proto NP02 n°74 of ANS Motorsport took its second pole position of the season after Navarra. Nicolas Schatz, Pierre Courroye and Adrien Chila set the best qualifying average of 1:33.826, relegating the #16 Graff Ligier JS P320, driven by Eric Trouillet, Lucca Allen and Sébastien Page, to 6 tenths!

It’s a 3 hours race which awaits the proto drivers this Sunday, under the morning coolness, but nevertheless under a beautiful blue sky. At the end of the race, Adrien Chila managed to take a good start to keep the pole advantage at the wheel of the NP02 n°74, in front of Eric Trouillet and the LMP3 of Graff. The time to find the right rhythm, the driver of the French team closes in on the leader and takes the lead of the race.

A few minutes later, after a contact with an LMP3, the NP02 n°74 was damaged on the right side. Adrien Chila was unaware of the extent of the damage, which caused him to crash a few corners further on. The freelancer of the team managed by Nicolas Schatz comes back to his pit. The verdict: a broken radiator. Back on the track, the problems were not over as a gearbox problem put a definitive end to the race of the winning car in Germany. Pierre Courroye and Nicolas Schatz were unable to take the wheel on Sunday.

As in previous races, the skimming of the top positions played a major role in the hierarchy following the various problems encountered by the protagonists of the LMP3 category, starting with Pegasus Racing. Thibaut Ehrhart went off the track in the big curve at the wheel of the #23 Ligier JS P320. An electronic problem marked the end of the race for the duo, completed by Julien Schell, victorious in LMP3 at Hockenheim, shortly after the halfway point.

Meanwhile, the n°16 Graff Ligier continued its solo run at the top of the standings. Despite a 30-second stop-and-go penalty for speeding in the pit lane, Lucca Allen, accompanied in Burgundy by Eric Trouillet and Sébastien Page, won under the chequered flag after 98 laps in three hours, 96 of which were at the top of the order. The Irish driver, without his usual team-mates Umberto and Jacopo d’Amato, increased his lead in the championship with this third success of the season. The podium in the LMP3 class was completed by the #77 Ligier/Team Thor Racing, in collaboration with High Class Racing, and the #61 MG Sound Ginetta G61-LT-P3.

For their first race with the NP02 prototype, the Cogemo/TLRT team finished 2nd overall but above all won the NP02 category, ahead of the n°21 NP02 of DB Autosport. At the wheel of the latter, Daniel Bassora and Philippe Yschard’s team mate Mathias Beche made his presence felt in the last hour by setting the best lap in the race. However, on a one-fuel strategy, the Swiss driver could not count on the emergency pump to cross the chequered flag, without any incidence on the ranking. Stéphane Panepinto and the young drivers Willyam Gosselin and Antoine Robert climb on the 3rd step of the podium in this category with the NP02 n°2.

Stéphane Panepinto and the young drivers Willyam Gosselin and Antoine Robert climb on the 3rd step of the podium in this category with the NP02 n°2.

In the CN category, Mathys Jaubert and Frédéric Croullet dominated again, taking their fourth victory in five races at the wheel of the Norma M20 FC n°72 of ANS Motorsport.