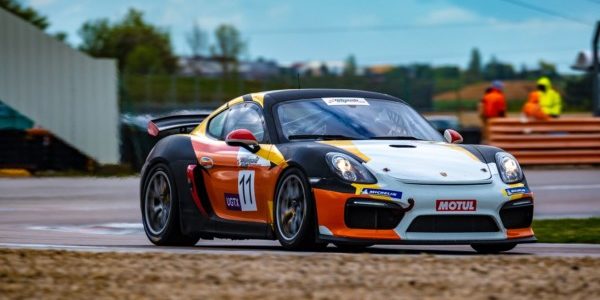 Just over a week ago, the KRAFFT Racing team entered a Porsche Cayman Clubsport MR GT4 in the UGTX category of the Ultimate Cup Series in Dijon-Prenois. This was the opportunity for Léo Boulay to compete in his first race of the 2019 season.

The 22-year-old young man discovered the car in tricky conditions but still enjoyed his weekend. He had already tried the Alpine A110 GT4 for a couple of laps in order to compare with the Alpine A110 Cup which he also tested a few months ago.

He aims to pursue a career in Endurance and tries to put all the chances in his favour.

« My current aim is to drive as often as possible and to raise the necessary budget to participate in several championships. » He told us. « I want to acquire experience everywhere. My ultimate aim is the World Endurance Championship and I am trying to progress up the steps to get there. »

Léo Boulay should participate one more time in the Ultimate Cup Series, this time at the wheel of an Alpine Cup, with his father Antoine, as well as his friend Jean-Baptiste Mela.