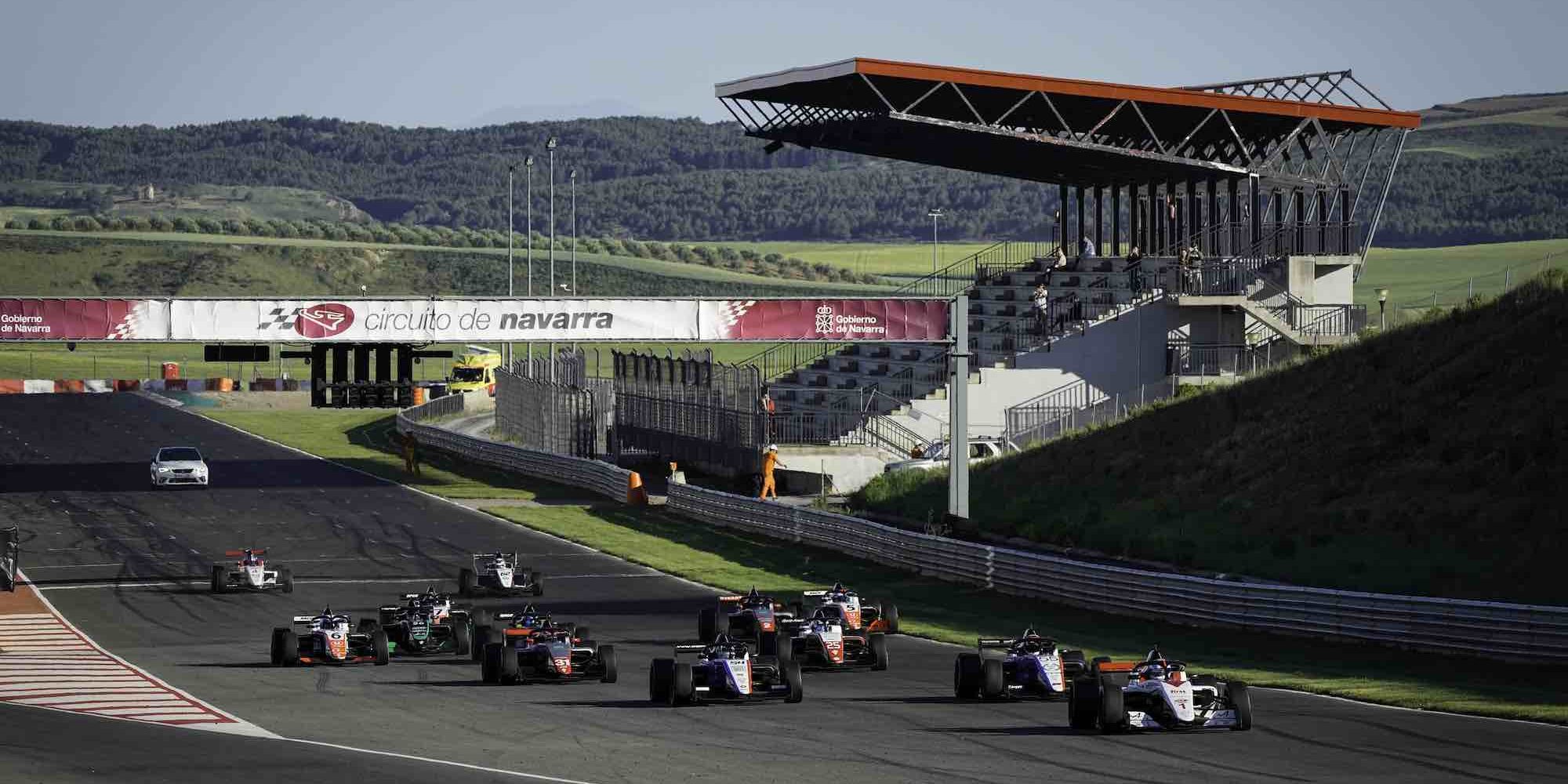 Nicolas Prost got off to a good start at the end of the session and managed to hold on to his pole position advantage, while behind him the battle raged on. Loris Kyburz’s slight skidding in front of Shannon Lugassy’s good start in 3rd place benefited the latter at the start of the first corner. Shannon Lugassy thus took 2nd place at the expense of his compatriot, still behind Nico Prost

The three frontrunners did not let go of each other, while the leader managed the gap perfectly, stabilised at one second of his first chaser. Lugassy and Kyburz are within a handkerchief of each other. Faced with the pressure exerted by Kyburz, Lugassy broke down and went into a spin at turn 6 and fell back to 11th position, a few minutes from the finish.

Meanwhile, taking advantage of the battle behind him, Nico Prost extended his lead to take his second win of the season, 2.3 seconds ahead of Loris Kyburz, while Formula Motorsport driver Sacha Maguet took third place.

The victory in the FR 2.0 category went to Christophe Hurni of the Sports-Promotion team, a few tenths ahead of Gaspard Le Gallais, who was competing in his very first car race. A great performance!