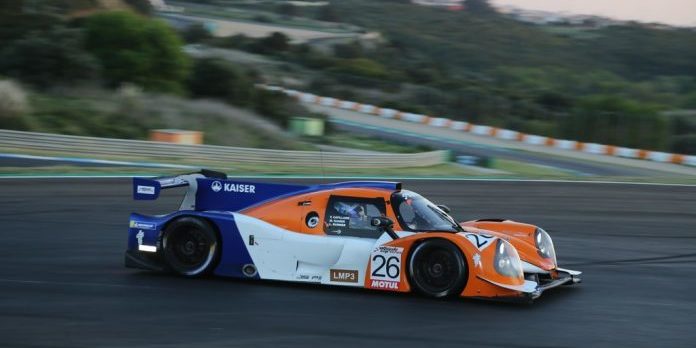 The weekend was a complete success for austrian team Wimmer Werk Motorsport at the Ultimate Cup Series’ first meeting at Estoril. After being fastest during free practice and then in qualifying, the Ligier JS P3 #26 driven Lukas Dunner, Vincent Capillaire and Matthias Kaiser got the job done on Sunday and won the race, already setting their sights on the title. 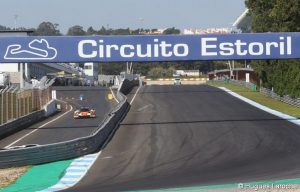 However, the Ligier #26 didn’t quite get everything right, their situation ended up being similar to that of ‘The Hare and the Tortoise’ as the time of the starting procedure had been changed, they didn’t respond to this new schedule and therefore started from the pitlane. Before the race, the mechanics had already accomplished an almost insurmountable task by changing the engine that had broke during FP throughout the night, which did not stop the Ligier from securing pole position and Lukas Dunner from setting the fastest lap with a 1’32.160! 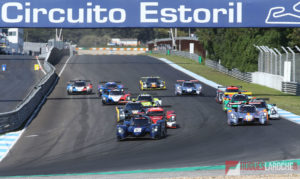 The Norma M30 #16 of Red River Sport that had qualified second, now had all the advantages to secure the win, driven by Johnny Mowlem ( 2nd place at Daytona and Petit Le Mans, class winner at the two previous events and on the podium at Le Mans). His lead did not last though since as of the first lap the Norma #16 wound up at the back of the pack and was immediately overtaken by the Ligier #26 driven by Matthias Kaiser. The british driver had got back into the rhythm and was lapping at a fast past. In his fourth lap, he set the third fastest time of the race and on his next lap, set the fastest time of the race in the first sector! It was however not the same story for the Norma, as it entered the pits on its 5th lap and did not go out again. Game over! 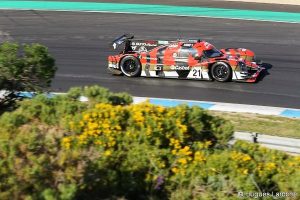 During this time, one Norma was hunting down another. Mowlem’s problems had benefited DB Autosport’s M30 #21 driven by Lionel Robert who had taken the lead. The french driver started to pull away from the pack. He was followed firstly by Team Virage’s Ligier JS P3 #94 driven by Philippe Valenza and then by TFT’s Norma #72 with Arnold Robin at the wheel. In fourth position was Emilien Carde driving Graff Racing’s Ligier #6 who attacked and successfully passed both the Norma and the Ligier, securing 2nd position. 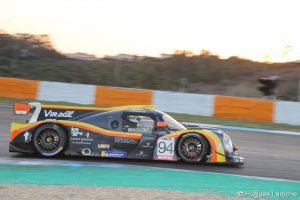 The Sarthe based driver pitted after his 25th lap in order to hand the car over to Hugo Carini, but the Norma would not see the end of the race. Carini spun on his first lap, but did not give and got back to a fast pace. The Ligier #94 of Valenza took the lead for a while, in front of Inter Europol Competition’s #14 Ligier driven by Paul Scheuschner and Speed Factory’s Ligier #5 with Alvaro Fontes at the wheel.

Carini was on the attack and got back to the leaders, putting in fast lap times. By lap 45, the Norma #21 had got back into the lead and was pulling away. Carini was about to finish his stint when the clutch started to fail and so DB Autosport’s Norma had to abandon the race, they deserved a better result! Matthias had meanwhile brought Wimmer Werk’s Ligier #26 towards the front of the pack. Graff Racing’s cars were performing well, and with half the race done, the Ligier #6 got into first position, with Nicolas Chartier at the wheel, in front of Julian Wagg’s Ligier #94 and Graff’s second car, the Norma M30 #9 driven by Luis Sanjuan. 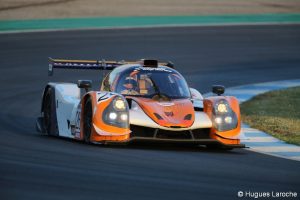 The Ligier #26 continued it’s comeback with Vincent Capillaire at the wheel, and set the final fastest time of the race with a 1’33.082 lap in the third hour.

The fight for first place was still to be settled. Inter Europol Competition’s Ligier #14 took the lead for a short while before Team Virage’s car #94 passed them. They might even have been envisioning the win, but Lukas Dunner, fastest in qualifying, put the pressure on car #94 and finished by taking the lead over from Thomas Padovani and winning the race. The Ligier #94 finished in second place, in front of Inter Europol Competition’s Ligier, car #14. 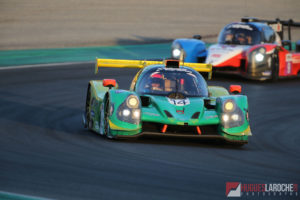 The Normas were unlucky during this first race, the fastest one was Graff Racing’s #9 driven by Eric Trouillet and Luis Sanjuan, finishing seventh. 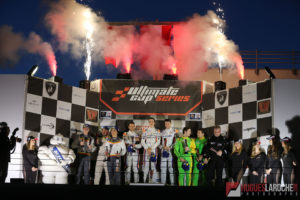 The results are here