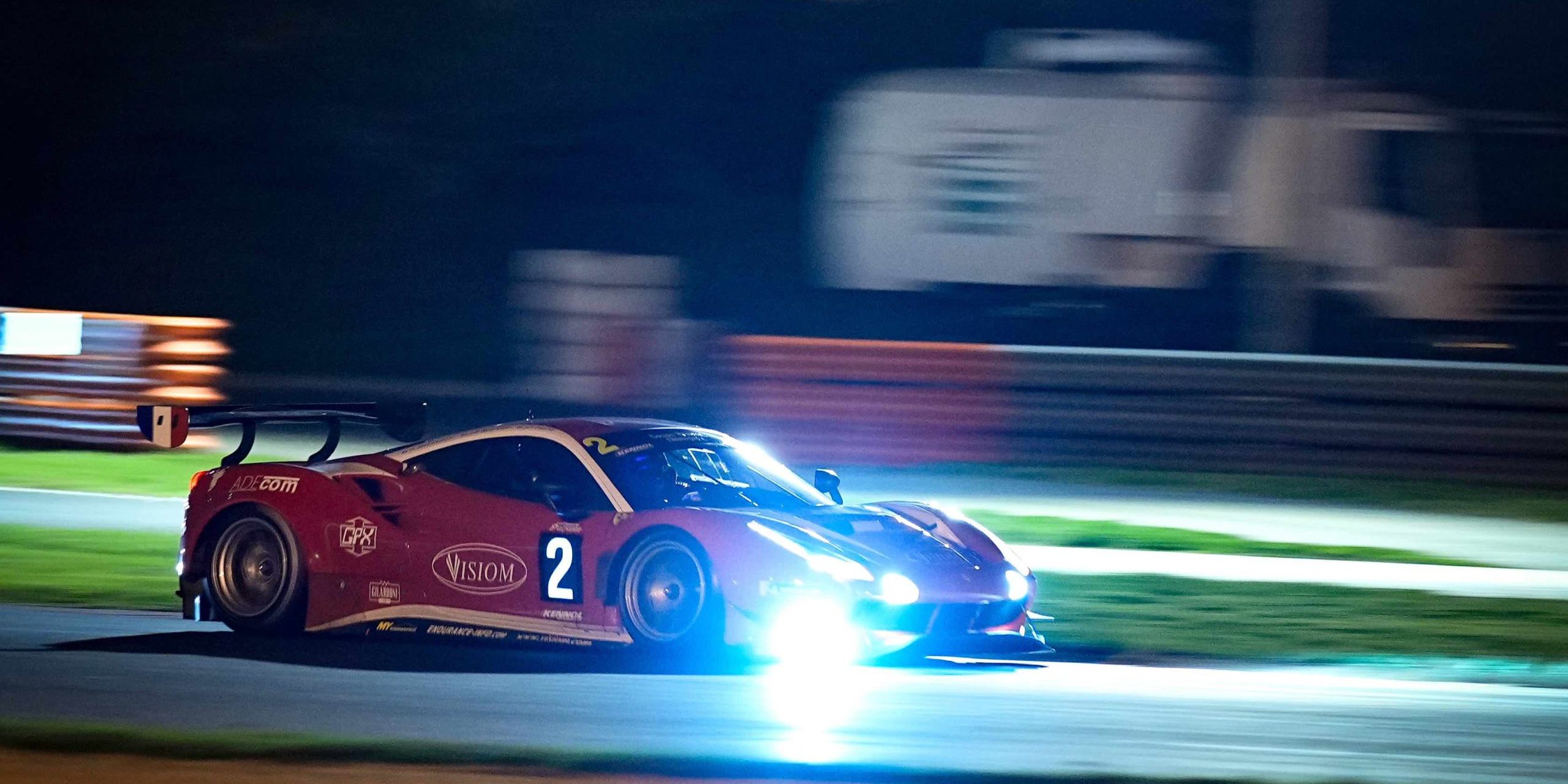 Qualifying for the penultimate round of the 2022 Ultimate Cup Series KENNOL GT Endurance Cup season was once again dominated by the duo in the #83 Racetivity Mercedes-AMG GT3. Charles-Henri Samani and Emmanuel Collard simply took their fifth pole position in five races, relegating the second-placed Mercedes, the #88 Akkodis ASP Team, to more than nine tenths. The n°2/Visiom Ferrari 488 GT3 Evo and the n°31/AB Sport Auto Renault RS01 shared the second row.

An exciting and thrilling race was on the cards for 4 hours, all of which were held in the darkness of the Nivernais. The start was given under the impulse of Charles-Henri Samani, the poleman.  The driver of the Mercedes-AMG GT3 completed the first lap in the lead, but found himself under the threat of David Hallyday, who was always very keen on starting. At the wheel of the No. 2 Ferrari, the artist-driver put pressure on the driver of the leading No. 83 Mercedes, who eventually gave up the lead. The battle did not end there, as Charles-Henri Samani had not said his last word to David Hallyday. The two men clashed for several laps, but the latter took the lead until the first pit stops and the first driver changes.

With minimum times to be respected during each of the 5 compulsory stops, different according to the composition of the crew, it was a long-distance battle between the candidates for victory, including the crew of the n°88 Mercedes-AMG GT3/Akkodis ASP in ambush in 3rd position.

The strategists of the leading teams hardly had the opportunity to make a difference given that the race was only neutralised once, by a Full Course Yellow, following the stop of a Vortex at the exit of the pit lane.

As the stints progressed, perfectly executed by Jean-Paul Pagny, David Hallyday and Jean-Bernard Bouvet, the n°2/Visiom Ferrari proved untouchable in the final hour despite the improvements of the Mercedes behind it. The trio that won the season opener at Le Castellet repeated the feat on Saturday evening, winning 99 of the 132 laps completed in the lead. Nicolas Chartier and Vincent Capillaire tried everything but were 22 seconds behind at the finish line in the n°88/Akkodis ASP Mercedes. Charles-Henri Samani and Emmanuel Collard climbed onto the third step of the podium for the n°83/Racetivity Mercedes, which was nevertheless credited with the best lap in the race.

The team of the Renault n°31/AB Sport Auto, composed of Rémy Kirchdoerffer and Jonathan Cochet, had mechanical problems which prevented them from reaching the finish.

At the foot of the overall podium, Joffrey Dorchy and Julien Froment achieved a faultless race in the n°94/Martinet by Alméras Porsche 992 Cup, entered in the Porsche Cup category.

Raphaël van der Straten and Hary Putz finally beat the odds this season by winning their first victory in the UGT3B category after several races with the n°55/VDS Racing Adventures Marc Car II Mustang, against the Vortex, which had technical problems.