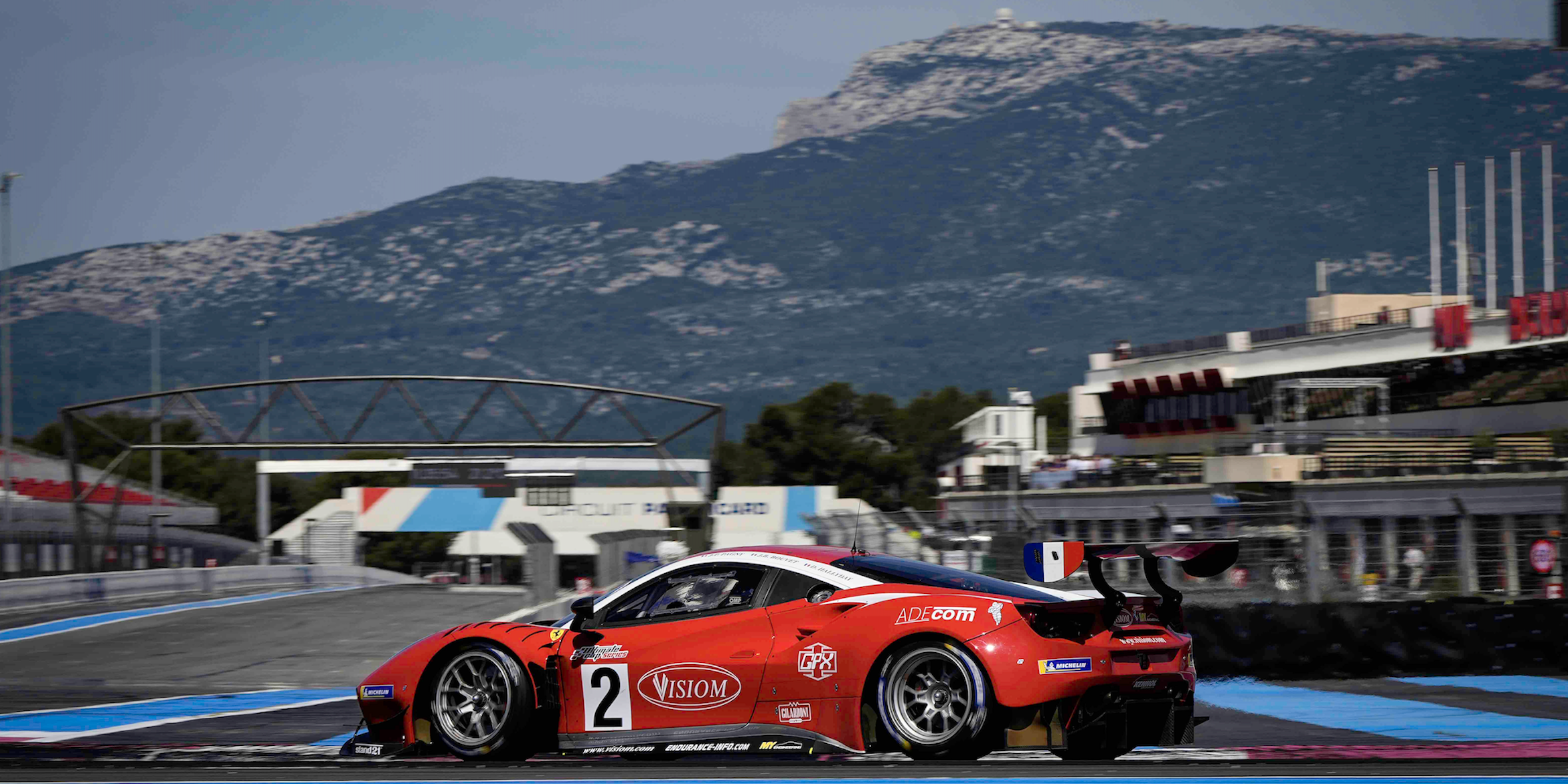 The first race in Le Castellet was dominated head and shoulders by David Hallyday, Jean-Bernard Bouvet and Jean-Paul Pagny. With this first success since the formation of the trio at the beginning of 2021, the crew of the n°2 Ferrari 488 GT3 Evo of the Visiom team has every intention of continuing this momentum this weekend.

The trio will have their work cut out against the two Mercedes-AMG GT3s and the Renault R.S. 01s of AB Sport Auto, lined up in the UGT3A category. At the wheel of the #83 Mercedes entered by Racetivity, Emmanuel Collard and Charles-Henri Samani, 2nd in the previous race, will be doing their utmost to clinch victory and the 50 points at stake.

Their podium in Castellet with the n°31 Renault has made Rémy Kirchdoerffer and Jonathan Cochet’s mouths water and they will try to climb another step, while Vincent Capillaire and Nicolas Charpentier, in the Mercedes/Akkodis ASP, will try to reach the podium for the first time. The reigning champions of the discipline, Franck Thybaud and Eric Cayrolle, are determined to forget the retirement of a few weeks ago by raising their n°1 Renault as high as possible in the rankings.

The UGT3A category also sees the arrival of the CMR Bentley Continental GT3, driven by Eric Mouez and Gregory Driot.

Two Audi R8 LMSs will compete in the UGTC4 category, the #72 Herrero Racing car, which is continuing its season with Xavier Follenfant and Emmanuel Faliu, and the #64 Milan Competition car, which is entering its German GT car in the Ultimate Cup Series for the first time.

Three cars will compete in the Porsche Cup category, two of which will be entered by Martinet by Alméras and one by Team DSR Racing.

The 4-hour race will be run on Saturday evening, with a daytime start at 7.40 pm and a night-time finish at 11.40 pm. This should provide us with some great images…