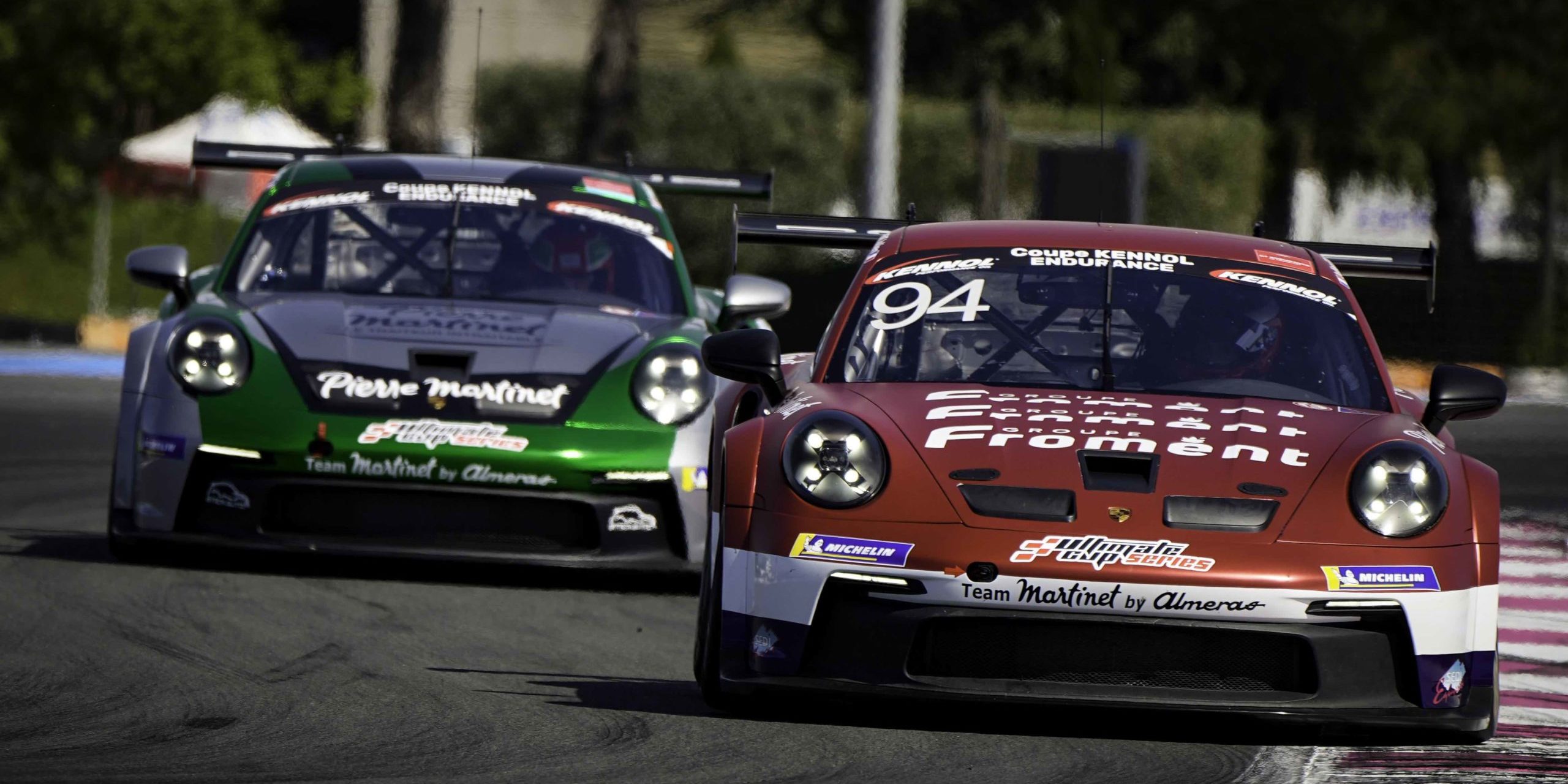 After joining the Ultimate Cup Series in 2020, Martinet by Alméras will return for a fourth consecutive season in 2023.

Pierre Martinet and Philippe Alméras’ structure, which has a strong reputation in motor sport thanks to its numerous successes in Grand Touring with the Porsche brand, will enter two examples of the Porsche 911 GT3 Cup type 992 in the KENNOL GT Endurance Cup.

The reigning champions of the Porsche Cup category, Joffrey Dorchy and Julien Froment, who have dominated the season with five class victories in six races, will be putting their title on the line again.

The Herault-based team will unveil its second team in the coming weeks and is considering entering a third car in the opening round at Le Castellet on 24, 25 and 26 March 2023. Entries in the Coupe Pièces Auto GT Hyper Sprint, on a blow by blow basis, are also envisaged.

Philippe Alméras, team manager: “The format of the races proposed by the Ultimate Cup Series appeals a lot to our drivers who enjoyed themselves in the Endurance Cup. The weekends are well organised, the circuits are very attractive and the races are all about team strategy. As a team, we like to offer endurance races of this quality.”