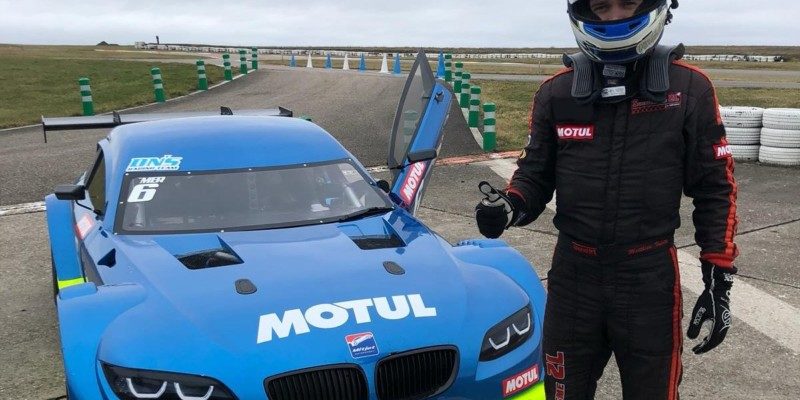 The Mitjet Series France is changing promoter but also tyre manufacturer. This new chapter will be written with the Ultimate Cup Series and Michelin. Matthieu Valette, faithful to the series for more than six years, was on track last Friday on the Circuit de Chambley, near Metz.

After 80 laps and 260 kilometers at the wheel of a Supertourisme fitted with Michelin tyres, Matthieu Valette tells us about his day: “It was very encouraging. We started in the morning on a wet track, with wet tyres. I only had two laps with them, but despite a very cold track and tyres, I did not lose the rear once. It’s really a tyre that has a lot of grip, it’s great.”

“We then went onto slicks, also on a wet track. It took five or six turns to warm them up. After that, the tyre offered good handling and good traction when accelerating. The management of cold and hot pressure is quite simple. The tyres should hold the 2h50min Sprints.”

Valette comes from the 2L Mitjet Endurance where he debuted in 2013 with his own car. Two years later, in 2015, he became the French champion. Last year, he competed in the first three rounds of the Sprint Supertourisme, in the Val de Vienne, at Le Castellet and at Monza.

“The goal this year is to achieve a seventh season in Mitjet 2L Endurance and to encourage 2L and Supertourisme owners to compete in the Ultimate Cup Series,” he continues. “The goal is to be as many as possible on the track. The Ultimate Cup Series’ commitment to promoting Mitjet Series France for the coming years is pretty good news. The championship will have more viewing whilst supporting LMP3 and GT. The circuits are beautiful, the commitment costs have dropped and are stable, the price of tyres is the same with additional services from Michelin. All the ingredients are together. “

Alongside this, the 35-year-old driver graduated as a flight instructor in 2017 and is currently preparing a State Diploma for Youth, in Popular Education and Sport (DE JEPS) at the FFSA. Matthieu Valette is an enthusiast who does not miss any opportunity to drive. He also tried the Fun Cup, including two participations in the 25 Hours of Spa. He also won the Mitjet 2L World Finals in Portimao in 2017.