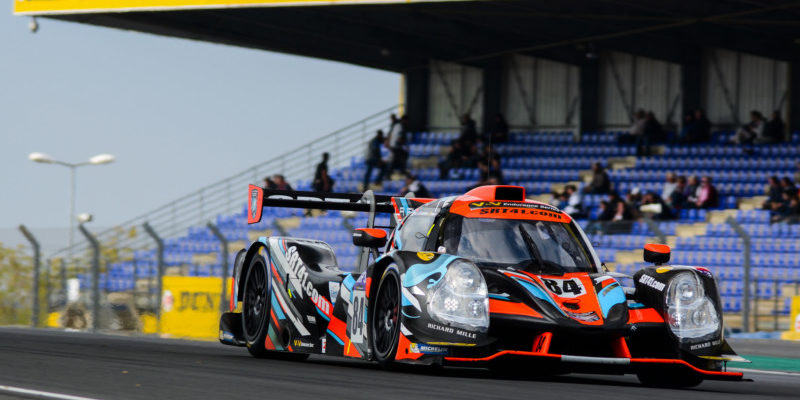 Filière Frédéric Sausset by SRT41 will enter the new Ultimate Cup Series in 2019. After their first season in 2018 competing in VdeV, the team has turned towards the Michelin supported series and will be running in the LMP3 category

“The VdeV Series was a perfect environment to start this adventure. Its creator, Éric Van De Vyver, allowed us to run our team in excellent conditions with a great atmosphere. We will never be able to thank him enough for that,” says Frédéric Sausset. “Especially since Eric has always been there with us, since the start of the SRT41 adventure in 2015. It was with a twinge of heart that we left him. A change was necessary for this second season before we look at the European Le Mans Series. However, for the second drivers session of La Filière Frédéric Sausset by SRT41, which will start in 2020, I haven’t ruled out returning to VdeV and following the same process as we did for 2018. “

A Ligier JS P3 in the Fred Sausset colors will be on the European circuits, aiming to compete in the 2020 24 Hours of Le Mans. Snoussi Ben Moussa and Nigel Bailly will share the wheel with Japanese driver Takuma Aoki.

“This new stage is a logical evolution in our program with the discovery of new circuits and especially of a new organization for the 2019 season . We hope that it will live up to our expectations in terms of level, seriousness of organisation and atmosphere “ concludes Frédéric Sausset.