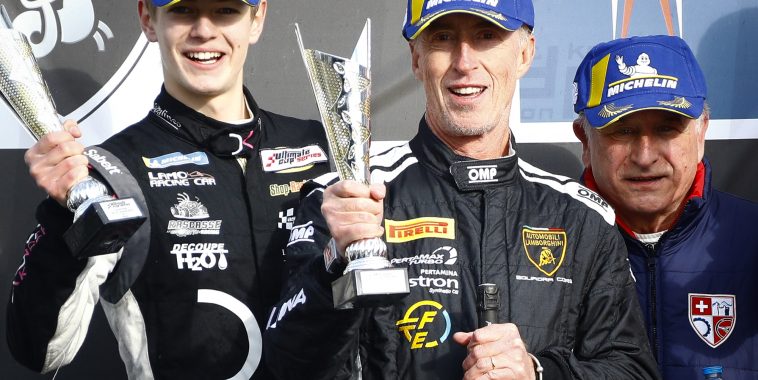 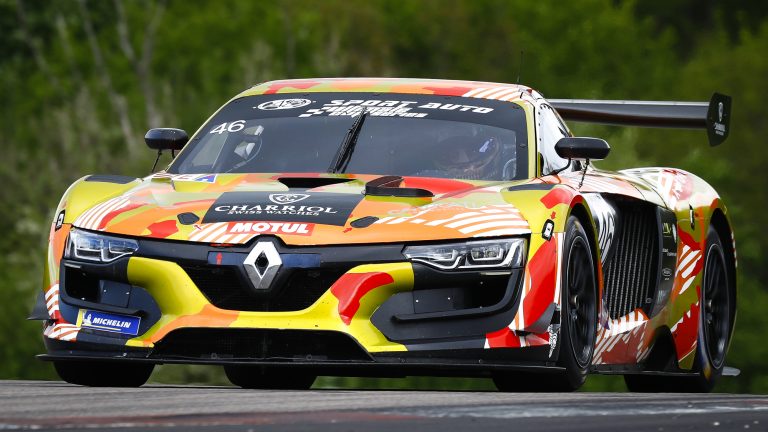 The young Greg Segers, who is discovering this season the driving of a GT, namely the high-performance Renault RS01 of Team AB Sport of Vincent Abric, after having done his scales previously in monoplace, contributed last Sunday, to the success of the race for second place on the podium in the second of the seven races of the Ultimate Cup Series Auto which was taking place at Dijon-Prenois Circuit.

Greg Segers has just confirmed his great performance at the inaugural event of the season, which took place at Estoril in Portugal, and signed a second consecutive podium finish in the Ultimate Cup Series with the AB Sport Auto Team, with his teammates Tiziano Carugati and Mario Cordoni.

At the wheel of the Renault RS01 committed to the Challenge GT, Greg also set the best absolute time in the qualifying session!

After a wonderful relay at the end in which he led the RS 01 of his team to the top of the race, the brave trio of AB Sport Auto, finally finished at the end of the 4 Hours of racing, at the second place on the podium at Dijon.

The opportunity to chat with this endearing boy. 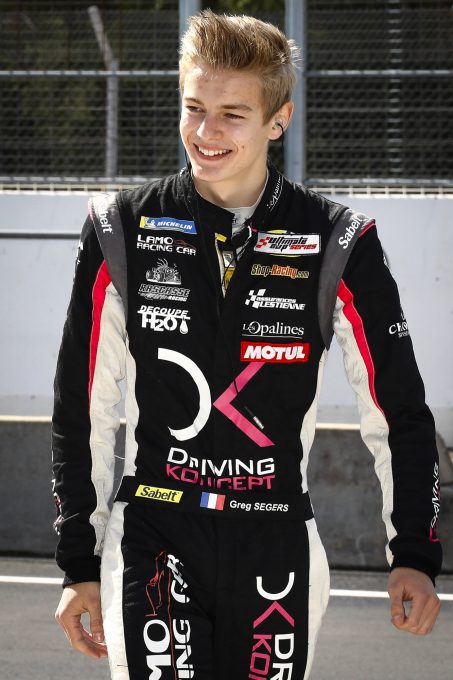 Your performance at the opening of the Ultimate Cup Series in Portugal had been noticed and appreciated by the AB Sport team, as you were again at the start of the second race in 2019 on the Dijon-Prenois circuit.

« I was very happy when I heard, only few days before the race, that my sports program would continue with the AB Sport Auto Team. Indeed, following our first collaboration, they offered me to continue the adventure with them at Dijon. Many thanks to my partners Driving Koncept, Assurances Lestienne, Shop-Racing and TLM Auto Clean, for their confidence this year. I am very grateful to them for that. »

How did the collaboration with your new teammates of AB Sport Auto?

« We formed a very homogeneous trio. The relationships with the Swiss Tiziano Carugati and the Italian Mario Cordoni were excellent. As a silver-ranked driver, I was really committed to making my contribution by being as efficient as possible. However, it was not easy, as the weather was very changeable for three days. Despite this, I felt comfortable to drive the Renault RS01. It’s an exceptional car. After very good free practice, I was able to highlight myself during the qualifying session, where I set the fastest time overall. »

Did this 4-hour race meet your expectations?

« Of course, everyone wanted to win, but second place provided a lot of satisfaction for the team that gave its best. We only finished 14 seconds behind the leaders after 155 laps. Engineers, mechanics and pilots, all worked to perfection. The strategy implemented worked perfectly, as well as the management of refuelling and tyre changes. »

What do you take from your performance?

« I did the second relay after Mario. When I boarded the car, we were in second place about 40 seconds away. Despite the slippery track, I was able to attack, move up on the lead car, overtake it and increase the gap. My lap times were really fast and regular. I was able to keep the lead until the end of my relay. We really had a chance to win, but the track dried up at the end of the race. We had to replace the slick tyres and that reshuffle the cards. »

After this high level performance, what is the next part of the season going to look like?

« We will continue to work with David Zollinger and my partners to find a steering wheel. I hope to be able to demonstrate my abilities again very soon, but I would especially like to continue on the same path with AB Sport Auto, that I thank once again. »

Looking at his great performances and excellent lap times, we can imagine that his team-mates, the two Gentlemen, the Swiss Tiziano Carugati and the Italian Mario Cordoni, will aspire to keep him and continue the adventure from the next meeting at the end of May on the Slovakia Ring in Brno.