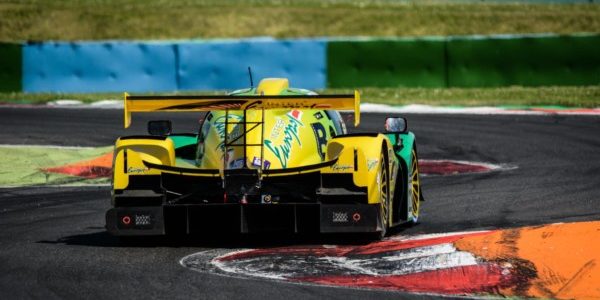 The kickoff of the Ultimate Cup Series will be this weekend in Estoril, Portugal. After several months of work, promoter Vincent Vigier and all his team managed to gather a great grid for the launch of the championship.

The Proto, GT, CN and Single-seater categories will be reunited. Formula Renault 2.0 will be the most present with 20 cars on track, against fifteen LMP3 and less than a dozen in GT and CN. The teams are not all ready and the contracts with the drivers are not all finalized but the organizers are confident for the rest of the season.

As Well as the fifteen LMP3’s, seven Ligier JS P3’s and five Norma M30’s have been confirmed. Team Virage, Graff Racing, the Filière Frédéric Sausset, TFT and Speed Factory announced their plan this winter. We will also see the Ligiers of Inter Europol Competition and Wimmer Werk Motorsport.

The Scuderia BI & BI will line up a Norma for Rinaldi Vito, Mariano Bellin and Marco Biffis. Nielsen Racing and Red River Sport are also expected but plans are not confirmed to date. It is known, however, that Red River received a Norma last September. This grid shows a European face with drivers coming from different countries as France of course, Spain, Italy, Belgium, Switzerland, Austria and Japan.

Private tests are organized on Wednesday and Thursday at Estoril. The first free practice will start, as will the first single-seater race on Friday, while the second will be held on Saturday. The LMP3’s will also run on Saturday. Single-seater, GT and CN will race on Sunday.