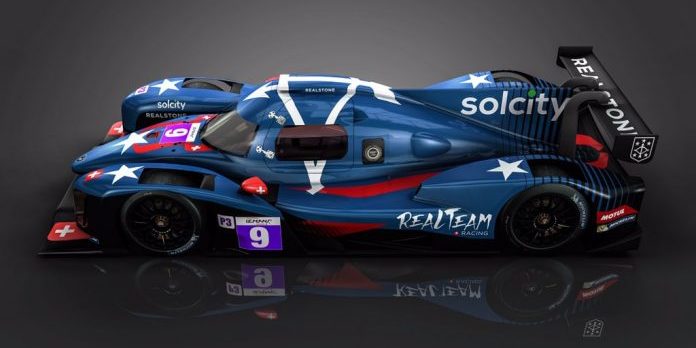 Before running in the European Le Mans Series with the Norma M30 LMP3, Realteam Racing will run its LMP3 at Estoril this weekend at the launch of the Ultimate Cup Series. The Swiss team, managed by Pascal Rauturier’s Graff, will give drives to Sébastien Page and Esteban Garcia. David Droux and Esteban Garcia are confirmed on the European Le Mans Series program. It will not have escaped you that Switzerland is in the spotlight on this dual program.

The Norma M30 LMP3 / Realteam Racing is in Realstone colors, which we usually see on the water. Realstone entered the world of sailing 10 years ago with a win at the Copa del Rey.

In order to allow the Realstone sailing team to develop and continue the adventure, the Realteam professional sailing team has been created under the leadership of Esteban Garcia, Founder and President of Realstone Holding SA. Led by the skipper Jérôme Clerc and made up of the hard core of the crew who shone with their 2012 results with the CER, the team finished on the third step of the Vulcain Trophy podium, and managed to enter the Extreme 40 with a fifth place in the general classification. It is now on the European race tracks that we’ll get those colors sail around !