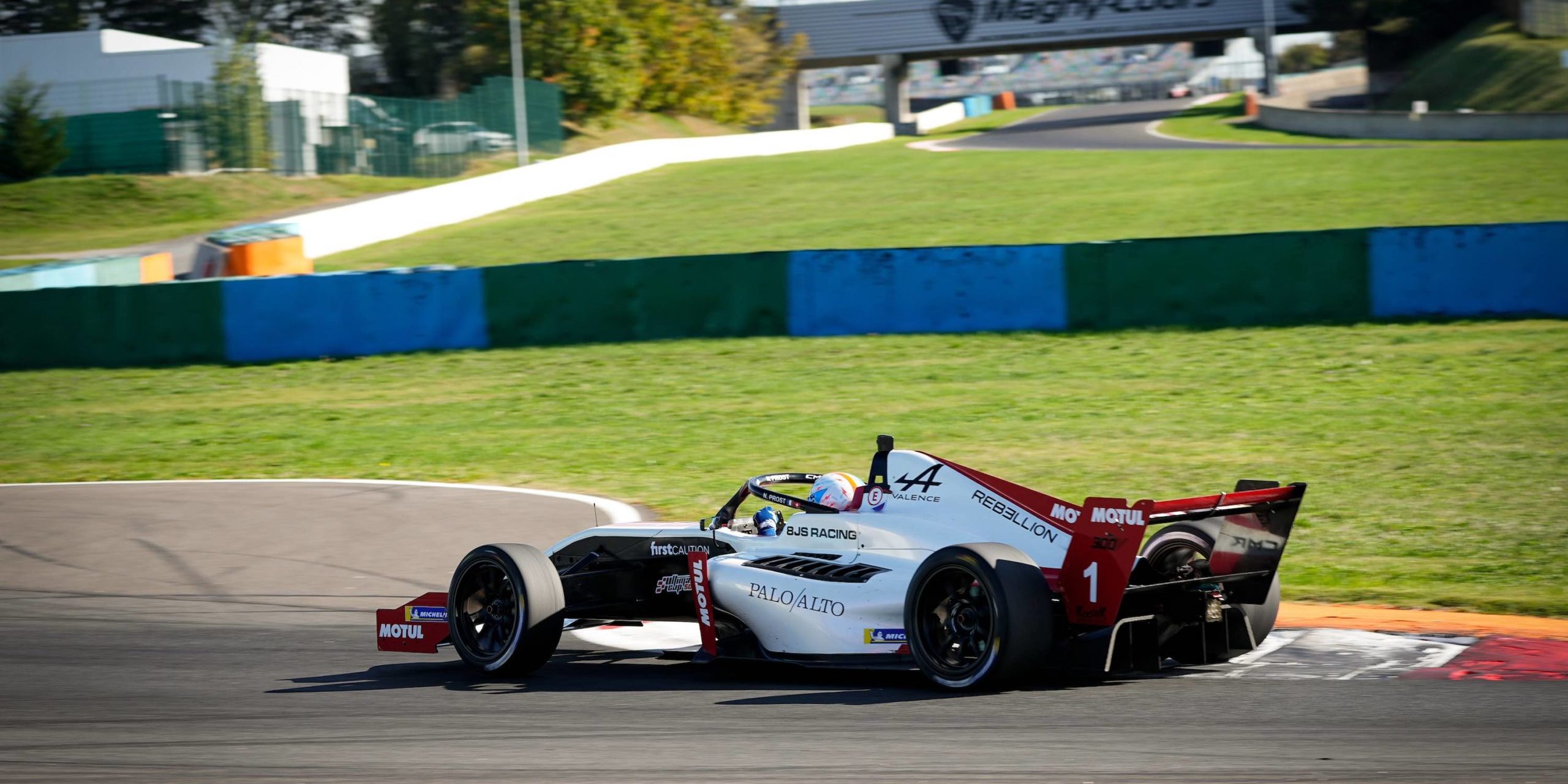 The first row of the starting grid for the first of the three Ultimate Cup Series Single Seater Challenge races pits Tasanapol Inthraphuvasak (Graff), author of a double pole in qualifying on Friday, against Nicolas Prost (CMR), 2nd.

It was therefore early, at 8.30 am on Saturday morning, and in the cold, that 15 of the 16 drivers – Carmen Jorda having preferred not to take part – took to the grid. The Thai poleman managed to take a good start and keep the advantage in the first turns over Nicolas Prost. Tasanapol Inthraphuvasak was in the lead and kept increasing his lead before making a mistake. This off-track excursion at turn 2 allowed his closest pursuer, Nicolas Prost, to take the lead just before the race was interrupted by a Safety Car, shortly before the halfway point. This neutralisation, caused by an off-track accident, was to last until the final minutes.

The drivers were nevertheless released for a final lap on the Nivernais track, under the impulse of Nicolas Prost who won under the chequered flag. The reigning champion of the discipline is back on the top step of the podium for the first time since this summer, in Misano. The young Graff rider, Tasanapol Inthraphuvasak, lost out by 8 tenths on the winner, while Sacha Maguet took another podium for Formula Motorsport.

The honours in the FR2.0 category go to Gaspard Le Gallais, who drives for the CMR team, far ahead of Gilles Depierre.