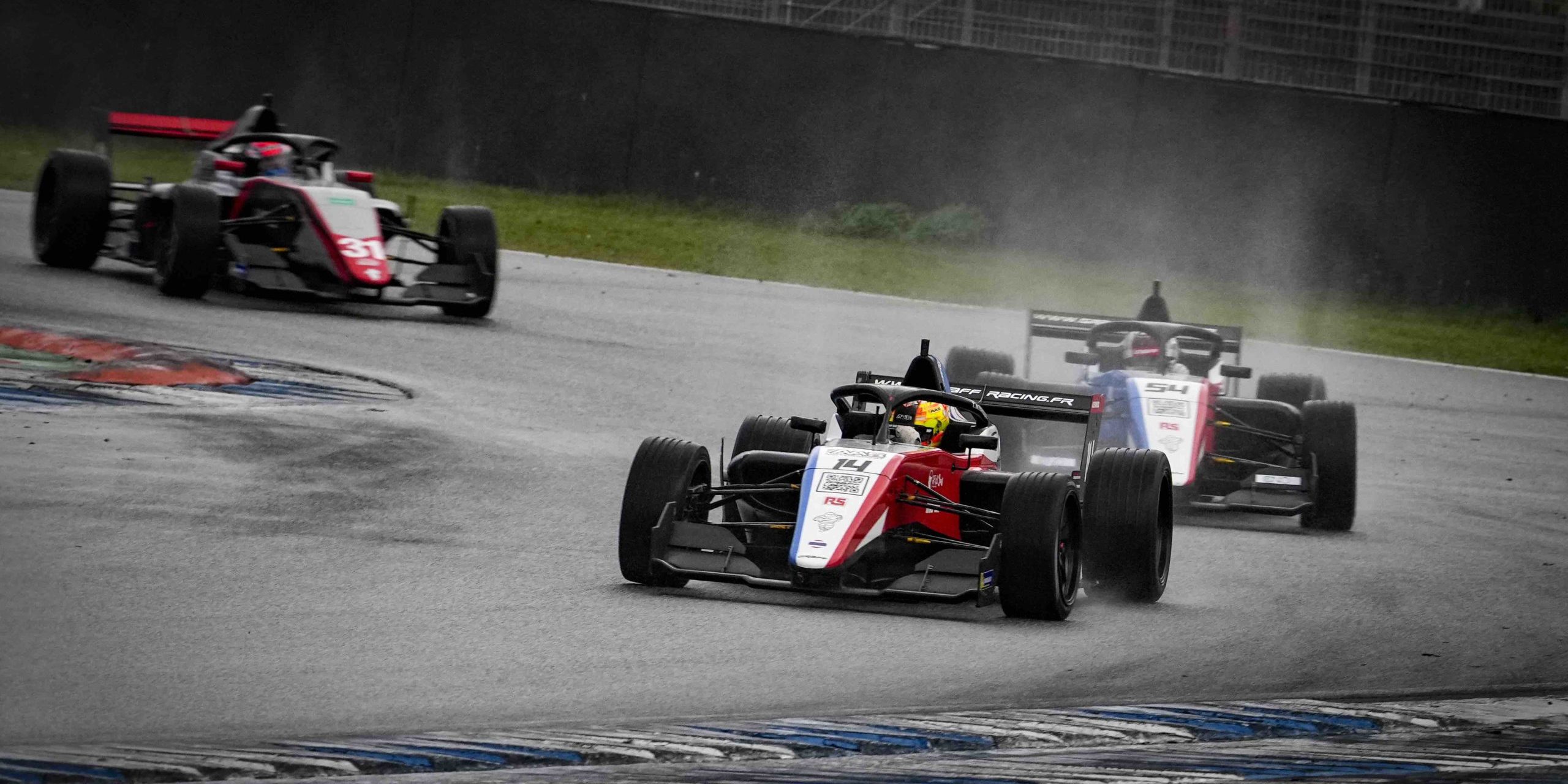 For most of the drivers, it was their first time at the legendary Hockenheimring, including the 20-car Single Seater field, which included 15 F3Rs, four FR2.0s and a 2008 Formula Master.

After getting their bearings during private testing, the drivers set out to try and set the fastest time. Tasanapol Inthraphuvasak, despite his young age, is not a newcomer to the Ultimate Cup Series, far from it, as he has been racing in various F4 championships.

The first of the three races was held in the rain. Due to the difficult track conditions, the race direction decided to start the race under the safety car regime. However, the countdown began and the race was finally launched with 13 minutes to go, led by the poleman of the Graff.

The debates were short-lived with another intervention of the safety car after two clear laps, following the exit of Walter Rykart, at the wheel of the F3R n°2/Formula Motorsport, in sector 2. The considerable gap built up by the leader was reduced to nothing as the minutes continued to tick away.

The drivers were gnawing at their brakes until they were delivered. The green flag is waved with less than 3 minutes to go. This new restart is a simple formality for Tasanapol Inthraphuvasak who immediately manages to take a few steps ahead. He crosses the line with only 1 second to go and starts again for 4,6 kilometres…

The young Thai driver came through the 20-minute race to take the first victory of the weekend in the Graff F3R n°14, 5 seconds ahead of Loris Kyburz, who enabled the French team to score a one-two. Sacha Maguet (F3R n°31/Formula Motorsport) completed the overall podium, ahead of CMR drivers Nicolas Prost and Shannon Lugassy.

Talent doesn’t wait for the number of years, as shown by the success of Gaspard Le Gallais, only 15 years old, in the FR2.0 class. This is his second victory this year, following his win in Navarra.