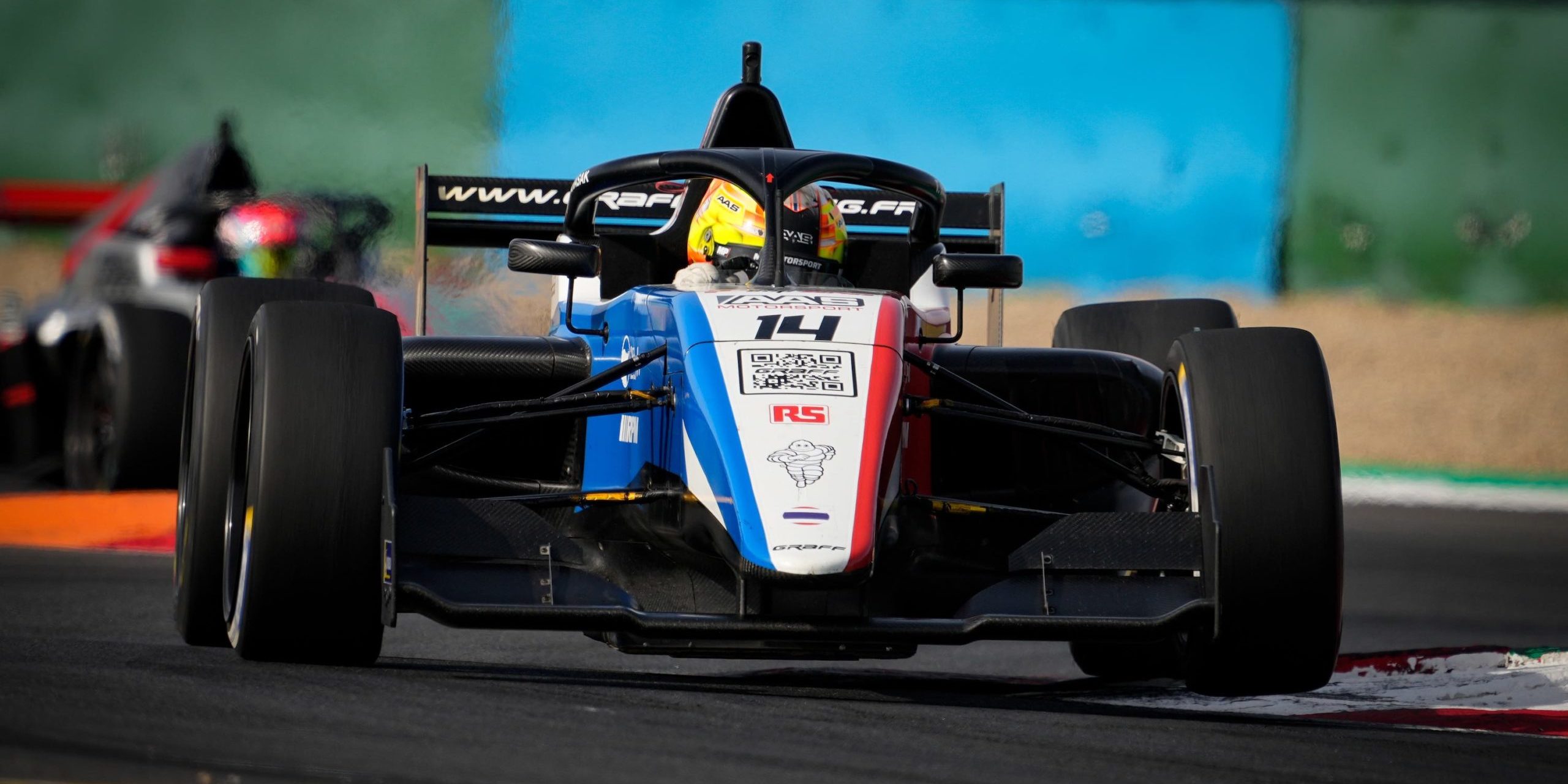 Bis repetita of race 1 with a first row shared by the double poleman of the Graff, Tasanapol Inthraphuvasak, alongside Nicolas Prost (CMR).

The Thai was again the author of an impulse that allowed him to cross the first corner in the lead, in front of the defending champion. Despite the intervention of the Safety Car at the end of the second lap, caused by the exit in the tank of David Kullmann and the F3R n°25/Sports-Promotion and a restart to be managed thereafter, Tasanapol Inthraphuvasak came to the end of the 20 minutes of race to win with the manner at the wheel of the F3R n°14 of Graff. The 16 year old took his fourth win in five races, beating Nicolas Prost by 2 seconds, while Shannon Lugassy (CMR) found his way back to the podium after a great battle with one of the Graff drivers, Loris Kyburz.

The victory in FR2.0 was decided in the last lap between Gaspard Le Gallais (CMR) and Christophe Hurni (Sports-Promotion). The latter waited for his time to come and made a final attack to win against his young compatriot.