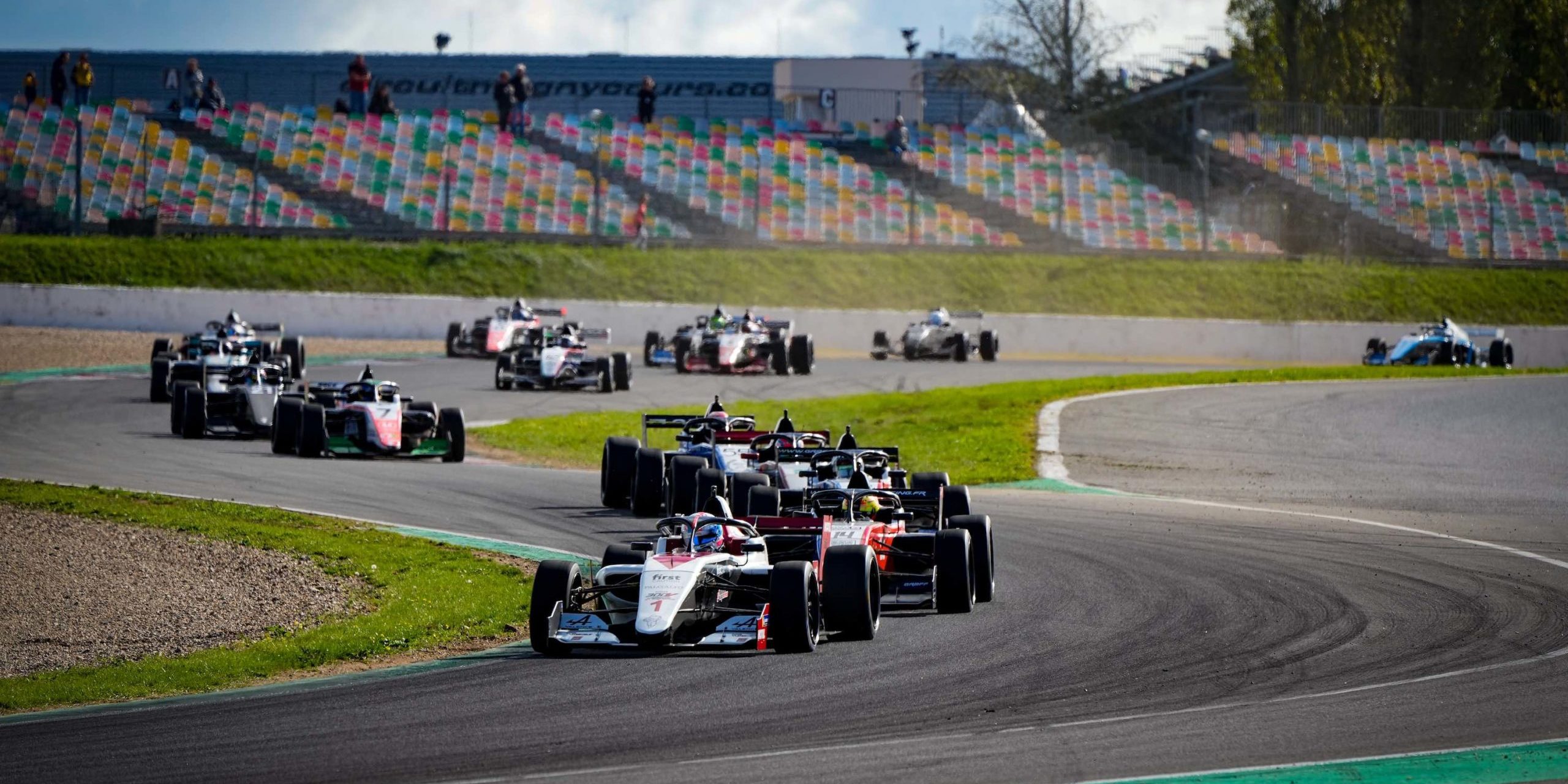 The third and final 20-minute confrontation on the programme this Saturday for the drivers at the wheel of their F3R and FR2.0. The weather was fine for this final race which saw the winner of race 2 and double poleman Tasanapol Inthraphuvasak (Graff) start from the first place on the grid, sharing the front row, once again with Nicolas Prost (CMR).

At the end of the session, the Franco-Swiss driver managed to pull away from his position to catch up with the Thai poleman and make the inside of him at the first corner. Nicolas Prost was thus in the lead of the race, under the threat of his pursuer, who was determined to give him the reply. He managed to do so two laps later, on the brakes of the Adelaide hairpin, to take back his due. Once in the lead, the driver of the F3R n°14/Graff improved his lap after lap, widening the gap to finally win by more than 8 seconds ahead of the F3R n°1/CMR of Nico Prost. The 16 year old driver took his second win of the weekend, as well as the fastest lap in the race, while the reigning champion’s win in Race 1 and two podiums gave him valuable points to extend his lead in the F3R championship. Loris Kyburz (Graff) completed the podium, ahead of Shannon Lugassy (CMR) and Sacha Maguet (Formula Motorsport).

Gaspard Le Gallais had a difficult start aboard the FR2.0 n°15/CMR, causing him to fall to the bottom of the ranking, leaving the way clear for Christophe Hurni (Sports-Promotion) to win in this category.