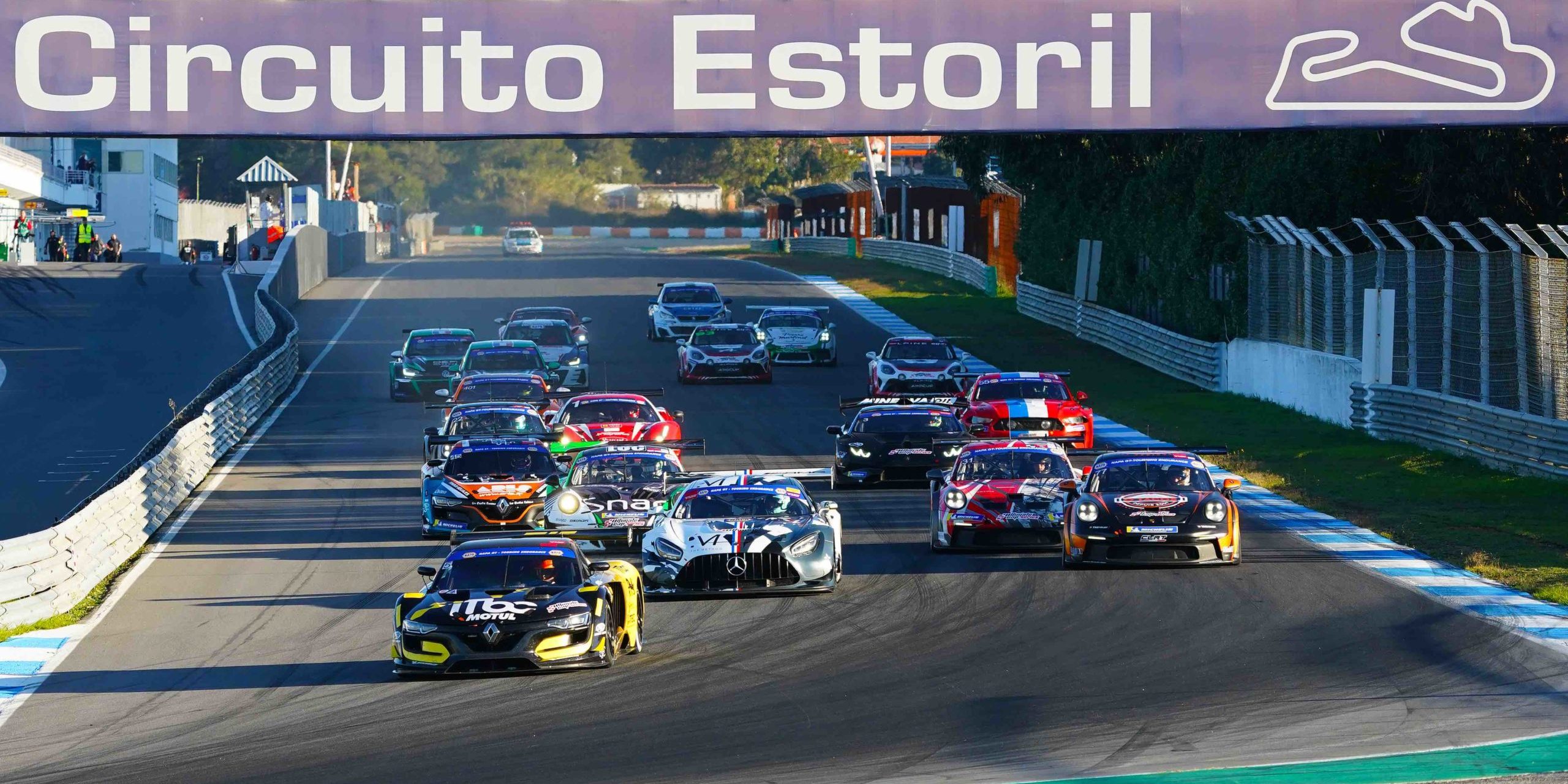 More than six months after the kick-off in Le Castellet, the 2021 Ultimate Cup Series season has come to a close at the Estoril circuit in Portugal.

The two races of the NAPA GT-Touring Endurance and Endurance Proto have provided us with a breathtaking suspense, whether for the final victory or the titles at stake. 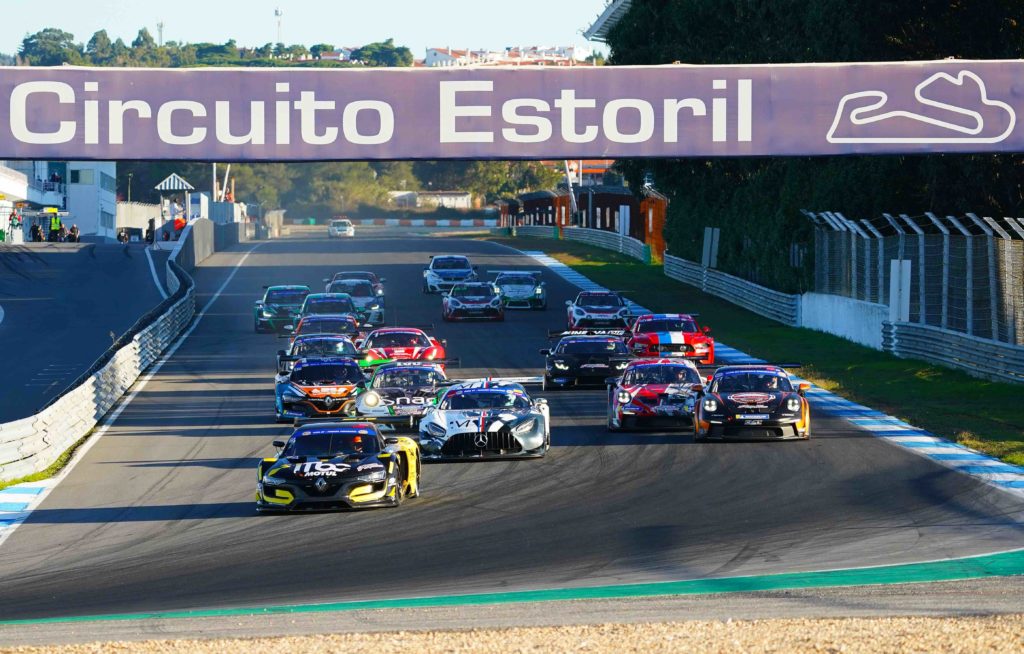 Following the three qualifying sessions of the previous day, the front row of the grid was shared by the #5 Renault R.S 01 (FIT ITBC by AB Sport Auto), driven by Franck Dezoteux and Stéphane Tribaudini, on pole, and the #83 Mercedes-AMG GT3 (Racetivity) of Charles-Henri Samani and Emmanuel Collard.

The 19 cars lining up on the starting grid this Sunday morning will take part in the final confrontation of the year. The quality of the field is no longer in question, given the renowned drivers and above all the teams of an international level that are taking part. Between those who were fighting for the title and those who were in search of the title, all the ingredients were present to ensure a great show.

Raymond Narac and Pierre Arnaud came for a second time this weekend and, as in Le Mans, triumphed in the #76 IMSA Performance Porsche 911 GT3 R. The duo started from fourth on the grid and not only had a lower balance penalty than some other teams, but the consistency of the two men, combined with Narac’s impressive performance, made the difference.

Emmanuel Collard and Charles-Henri Samani finished on the second step of the podium at the wheel of the #83 Racetivity Mercedes-AMG GT3, conceding 31 seconds. Franck Thybaud and Eric Cayrolle finished on the podium in the #45 Renault R.S. 01 of AB Sport Auto. For its 100th race with Ferrari, Visiom finished 4th with its #1 Ferrari 488 GT3 Evo, driven by Jean-Paul Pagny, David Hallyday and Jean-Bernard Bouvet.

We had to get out the calculator to know the champions at the end of the race, especially as the event counted double and the least good result was deducted.

The title contenders, Franck Dezoteux and Stéphane Tribaudini had a good start with the pole and an excellent start from the latter. He managed to open up a considerable gap at the wheel of the #5 Renault R.S. 01 of FIT ITBC by AB Sport Auto. He left the steering wheel to his team-mate at the head of the race. Unfortunately for him, his Renault suffered a technical problem with the exhaust system which forced him to pull over to the side of the track. The Renault was brought back to its pit and finally crossed the finish line 34 laps behind the winners of the day.

The misfortune of some makes the happiness of others and especially that of Franck Thybaud and Eric Cayrolle, titled at the end of the suspense.

The GT Class 3B category was won by the Lamborghini Huracan #3, entered by JSB Competition, ahead of Raphaël van der Straten, Hary Putz and the Mustang MARC II of VDS Racing Adventures.

For its first participation in the UItimate Cup Series, the German team PROsport Racing triumphed in the GT Class 5A category with its Aston Martin Vantage. 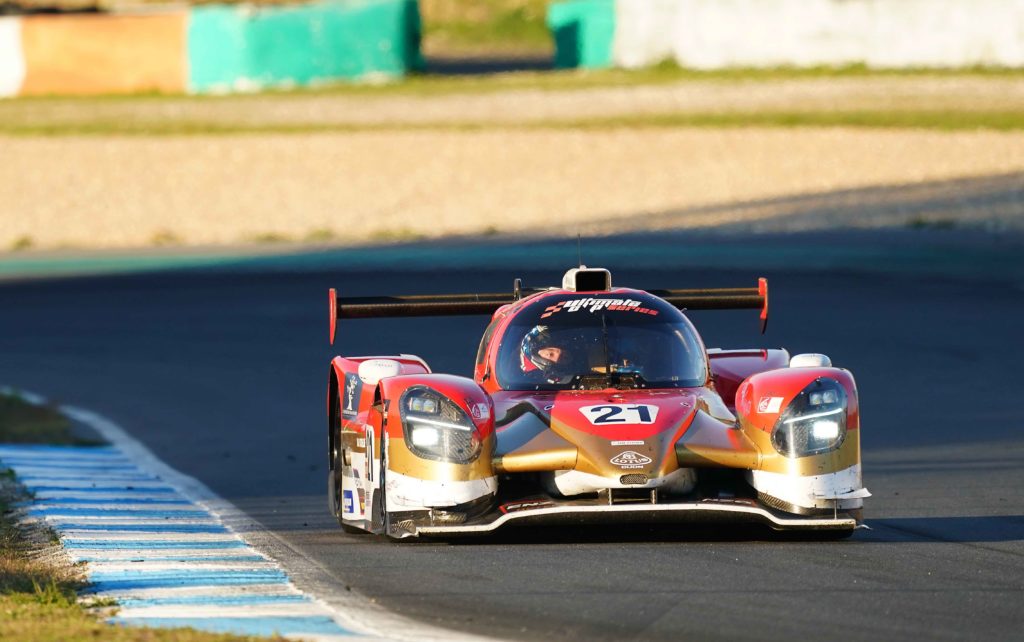 This very last race of the season was won by the #21 Duqueine D08 of DB Autosport. Jordan Perroy and Nicolas Melin, accompanied by Mathias Beche for the occasion.

The fate of the race was finally sealed quite early on following the setbacks encountered by the teams. Team Virage had retained the advantage of the pole position obtained yesterday, thanks to Miguel Cristovao, but the Portuguese driver received a heavy penalty at the wheel of the Ligier JS P320 n°88.

After a Proto Evo went off the track on the pit straight, the Safety Car forced the cars to go through the pit lane. However, three prototypes followed the track normally, although the race route had changed. The commissaires’ panel therefore decided to impose a 10-minute stop & go on these three cars.

The race of the #88 Ligier, crewed by Mathis Poulet and Julian Wagg, took a turn for the worse. The on-track incidents of the Konrad Motorsport Ginetta G61-LT-P3, despite the good start of Franz Konrad at the beginning, infiltrating in 2nd position, left little suspense in the fight for victory.

The race continued until the last hour, during which the Duqueine D08 was alone in the lead, far ahead of the n°77 Ligier of Team Virage, driven by Alessandro Bracalente and Stéphane Adler.

This was DB Autosport’s second consecutive success, with a much better flavour given the greater number of LMP3s. Team Virage finished on the second step of the podium with the crew of the n°77.

Despite the unassailable gap, the drivers of the #88 Ligier did not spare any effort and can finally savour the 2021 LMP3 Endurance Proto title at the end of a particularly successful season.

In the CN category, freelancers David Droux and Jacopo D’Amato taught their comrades a lesson by winning in the n°1 ANS Motorsport Nova.