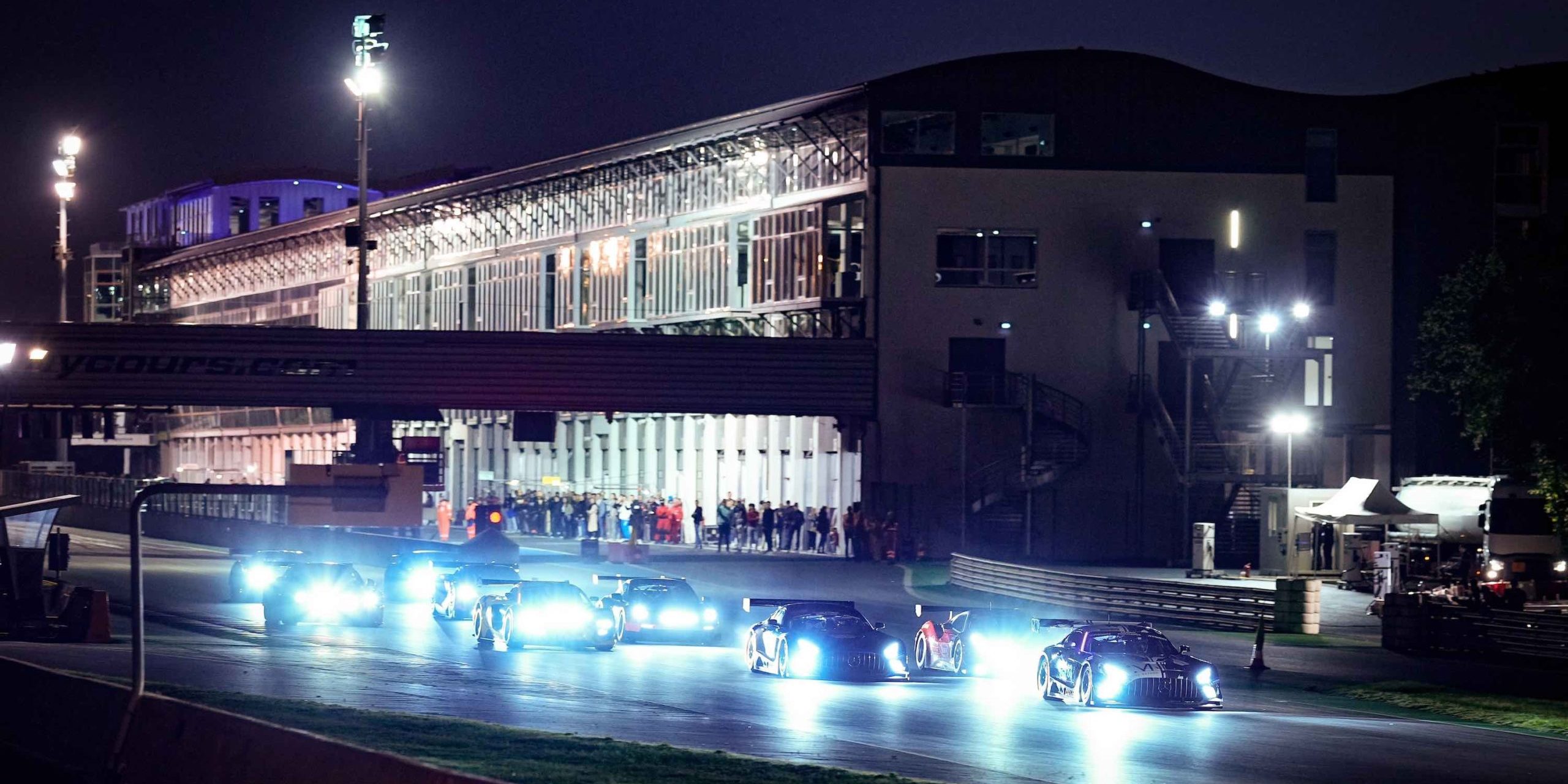 The fourth season in the history of the Ultimate Cup Series is coming to an end with only one final round to be contested, at the Circuit Paul Ricard, where the event kicked off six months ago.

It is on the track in Var that hosted the French Formula 1 Grand Prix this summer that the championship will reach its epilogue. With nearly 160 entries this weekend, the field is on the rise as the season draws to a close, and this is true of all six of the Ultimate Cup Series’ flagship events.

The suspense will be at its peak in the race for the various titles. And for good reason, this final round will count double in terms of points and everything will really be decided when the chequered flag is lowered.

The programme includes 10 sprint races – 3 in the Coupe Pièces Auto Hyper Sprint, 3 in the Monoplace and 4 in the 208 RC – and 3 endurance races – 4H Coupe KENNOL GT Endurance, 4H Endurance Proto and 4H 208 Relay.

Tight as it is, the hierarchy of the Ultimate Cup Series KENNOL GT Endurance Cup is clear to say the least. The trio of David Hallyday, Jean-Paul Pagny and Jean-Bernard Bouvet in the No. 2/Visiom Ferrari 488 GT3 Evo are leading the drivers’ and team scratch and GT Class 3A rankings thanks to their second win at Magny-Cours last month.

The three men still have to get through the 4-hour race that awaits them in order to transform the test, especially as the gap to the two Mercedes-AMG GT3s, n°83/Racetivity (Emmanuel Collard and Charles-Henri Samani) and n°88/Akkodis ASP (Vincent Capillaire and Nicolas Chartier), remains small. Mathematically, Jonathan Cochet and Rémy Kirchdoerffer can still believe in it even if they will have to close a gap of 47 points at the wheel of the n°31/AB Sport Auto Renault R.S. 01.

The 4-hour race of the KENNOL GT Endurance Cup will take place on Sunday morning, between 8.15am and 12.15pm, for the twenty or so cars entered.

The Coupe Pièces Auto GT Hyper Sprint is coming to the end of its first season with a grand finale with no less than 21 cars expected this weekend in Le Castellet. The success of this formula is growing as shown by the significant increase in the number of competitors.

The leadership of the UGT3A category changed hands at the end of the previous event at Magny-Cours last month, notably due to the absence of Scuderia Ravetto & Ruberti (SR&R). The French team CMR and its driver in the #88 Bentley Continental GT3 were not looking for much to take the championship lead going into this final. The Italian pair of SR&R, Luca Demarchi and Edoardo Barbolini, will be looking to turn the tide in the N°3 Ferrari 488 GT3 Evo. The stakes are high as points count double in this event.

A fourth man, Nigel Bailly, was still in contention for the title, but the paraplegic Belgian driver from the CMR team chose to swap his Bentley Continental GT3 for a Lamborghini Super Trofeo, which is eligible for the UGT3B category rather than the UGT3A.

The three races – two of 20 minutes and one of 50 minutes – will be particularly lively, with two of them taking place in the darkness of the Var!

The grid for the final Ultimate Cup Series Proto Endurance race at the Circuit Paul Ricard will be full of excitement with over 19 cars expected to compete.

With four wins and a second place in the previous five rounds, Lucca Allen is virtually assured of the LMP3 title regardless of his position on the finish line. The Irishman will share the wheel of the #16 Graff’s Ligier JS P320 with Jacopo d’Amato and Louis Rossi as a luxury freelancer. The latter, who has ended his successful motorbike career, made his sport prototype debut at Misano in the Ultimate Cup Series last July. He will make his debut in LMP3 with the French team with the aim of preparing for the 2023 Le Mans 24 Hours!

The Graff will make the trip to the Var with a second Ligier JS P320, the n°57, for its loyal drivers Eric Trouillet and Sébastien Page, who will be accompanied for the occasion by a driver, Belén Garcia, 5th in the W Series in 2022.

The British team Nielsen Racing will compete in this final round with a Duqueine M30-D08 driven by Matt Bell, Lars Kern and Canadian Fidani Orey.

A third manufacturer will be represented in LMP3 with the participation of the MG Sound Ginetta G61-LT-P3, with an all-Austrian crew consisting of Martin Böhm and Andreas Fojtik.

The French team CD Sport will be joining the competition with its Ligier JS P320, entrusted to Christian Philippon, Franck Labescat and one of the young French hopefuls in single-seaters, Hadrien David.

The Endurance Proto field is therefore full of entries with the arrival of new cars for this final round, including five NP02s, seven CNs and two Proto EVOs. Stéphane Clair, General Manager of the Circuit Paul Ricard, will be at the wheel of a Proto EVO driven by BHK.

The 2022 season of the Ultimate Cup Series Single Seater Challenge will come to an end this weekend at the Circuit Paul Ricard, with 22 drivers competing.

With a coefficient of 2 applied to the usual points system, the hierarchy can change at any moment during the weekend in Var. With seven victories and two other podiums, Nicolas Prost is the favourite for the F3R title, but the CMR driver will only enter the final round 13 points ahead of his closest rival, Sacha Maguet. The 17 year old driver of the Formula Motorsport F3R #31 would like to dethrone the Franco-Swiss, but this will require a perfect weekend, especially as Graff resident Loris Kyburz is 24 units behind. The top 5 of the F3R ranking is completed by Shannon Lugassy (CMR) and David Kullmann (Sports-Promotion).

In the F3R Ultimate classification – a category reserved for Gentlemen Drivers – the Race Motorsport drivers have the upper hand in the hierarchy. David Cristini is ahead of Franck Seemann and Frédéric Boillot.

Back in the Ultimate Cup Series for the fifth round at Magny-Cours, the female driver Carmen Jorda, former Lotus and Renault development driver in F1, is back at the wheel of the F3R of the CMR team.

For the first time this season, a Formula 4 will compete with Edgar Pierre at the wheel.

Rencontre Peugeot Sport- A thrilling race for the titles, with more than 40 cars at the start

The 2022 season of the two 208 Racing and 208 Relay series is coming to a close at the Circuit Paul Ricard with more than 40 Peugeot 208s competing in the Var.

Two drivers stand out at the top of the 208 Racing Cup hierarchy. The fight is going to be exciting between Aurélien Renet, the driver of the JSB Competition team, who took the lead of the championship at the end of the previous event in the Nivernais region, and the young COMTE Racing Team driver, Pierre Bredeaux, who has however sealed the fate in his favour in the Junior ranking.

While only 7 points separate the two leaders, Calvin Comte (COMTE Racing Team), 3rd overall and conceding 46 points to the leader, could well get involved in this title race.

Four 20-minute confrontations are on the programme, the first one on Friday evening at 18h, and the three others will take place on Saturday at 08h05, 13h20 and 18h05.

In the 208 Relay, the #555 car entered by DANRACING and driven by Rahard Danick, David Henry and David Praschl can take both the overall and gentleman’s crowns.

A 4-hour race taking place entirely at night on Saturday, between 8pm and midnight, awaits the 208 Relay.