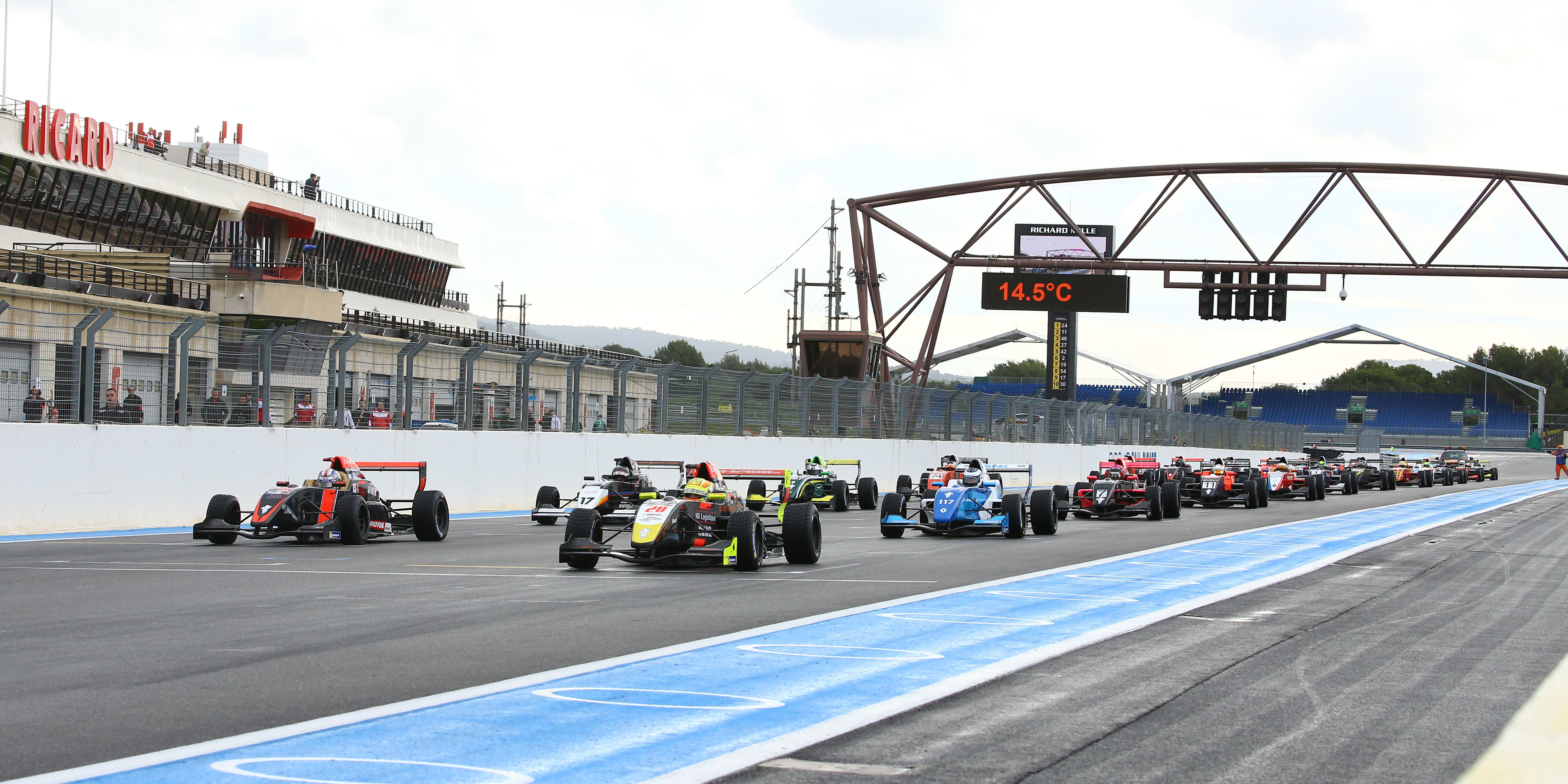 The inaugural season of the Ultimate Cup Series ended with the last five Sunday races. On the program, the last race of the Formula Renault 2.0, the last two races of the Mitjet Sprint, the Proto Challenge and the CN race.

The day started with capricious weather with rainfall and strong gusts of wind that gave way to sunshine, all with fairly cool temperatures. 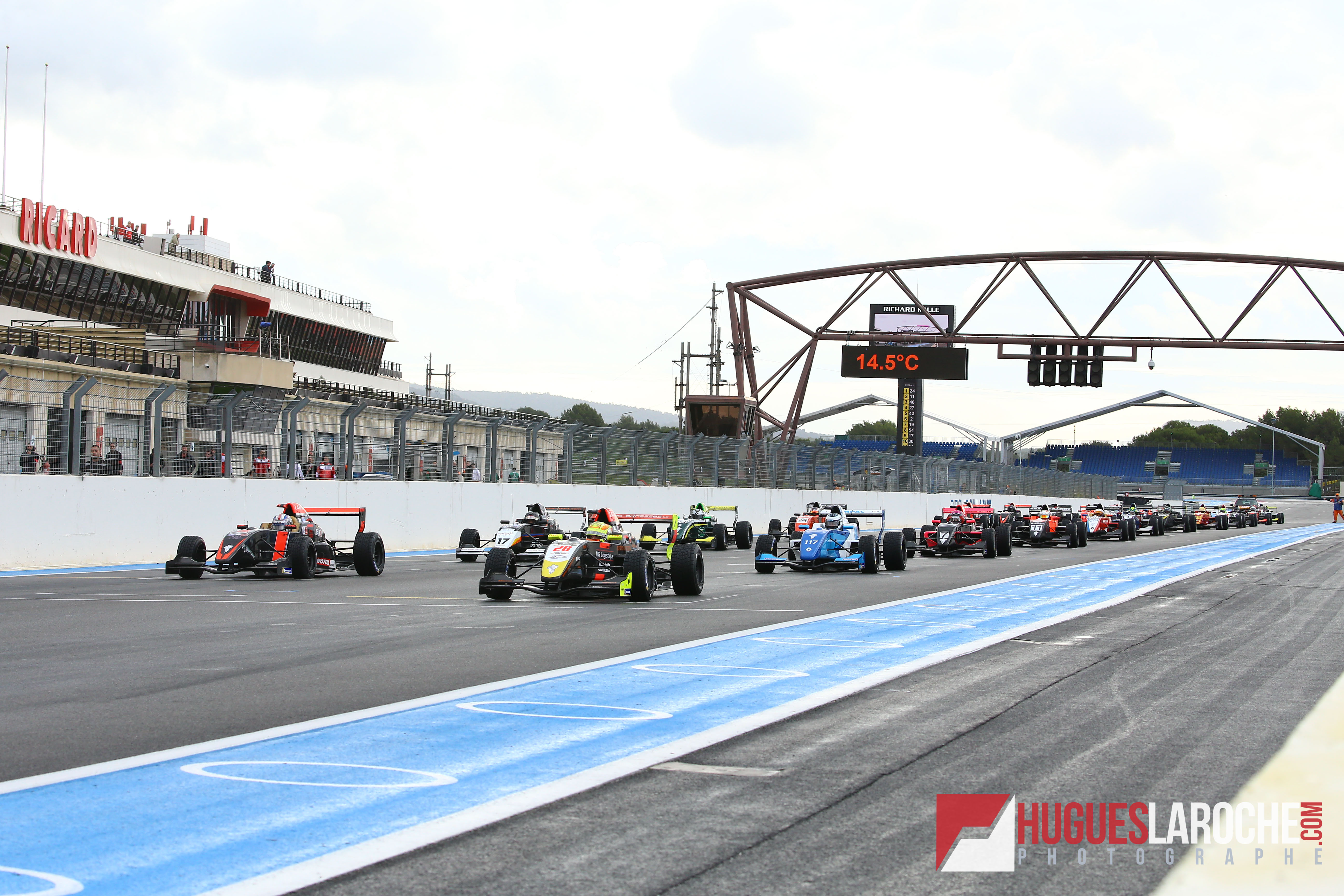 Race 3: With his two victories on Saturday, Amaury Bonduel started from pole position in the Sunday race, behind the wheel of the LAMO Racing Formula Renault 2.0 n°28. The track conditions are not optimal this morning and the start is given behind the safety car.

After seven minutes under the Safety Car regime, the green flag is finally raised and the pilots can fight each other. As usual, the Belgian pilot took off on a good take-off, widening a significant gap in a few corners. Second, Sacha Lehmann (LAMO) was not able to stay snuggled up in the leader’s aileron. After a few laps, the race was again neutralized after a collision between Sébastien Geny-Gros (LAMO) and Daniel Harout (Lycée Pro d’Artagnan).

The safety car faded away less than nine minutes before the finish and the debates resumed in style. Amaury Bonduel had to work once again to recreate the gap with his opponents, starting with Sacha Lehmann, still second. While the leader escaped, Julien Levray (Zig Zag) made the powder speak in third position to come back on Sacha Lehmann. On the penultimate lap of the race, Julien Levray managed to take second place but Sacha Lehman did not give up. 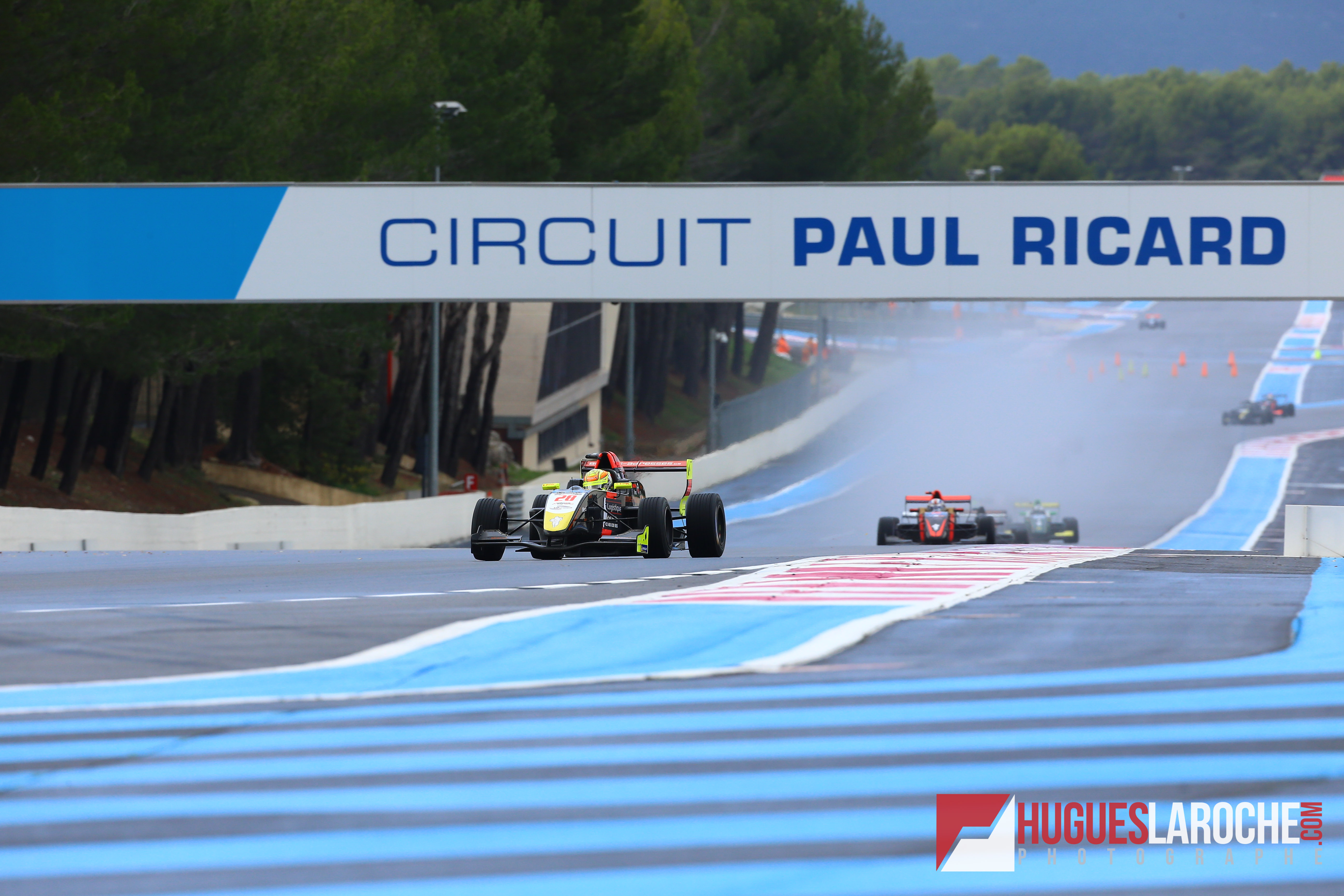 As Amaury Bonduel crossed the finish line with a 13th victory, the battle was close for second place on the podium. Sacha Lehmann was stuck to Baptiste Berthelot (CD Sport) in the last corner but he managed to keep the second position for only 373 thousandths!

What a fight also in the Gentlemen Drivers where Pietro Peccenini (TS Corse) finished the season in style, on the highest step of the podium, with only 2 tenths of a lead Michel Piroird (Formula Motorsport)! 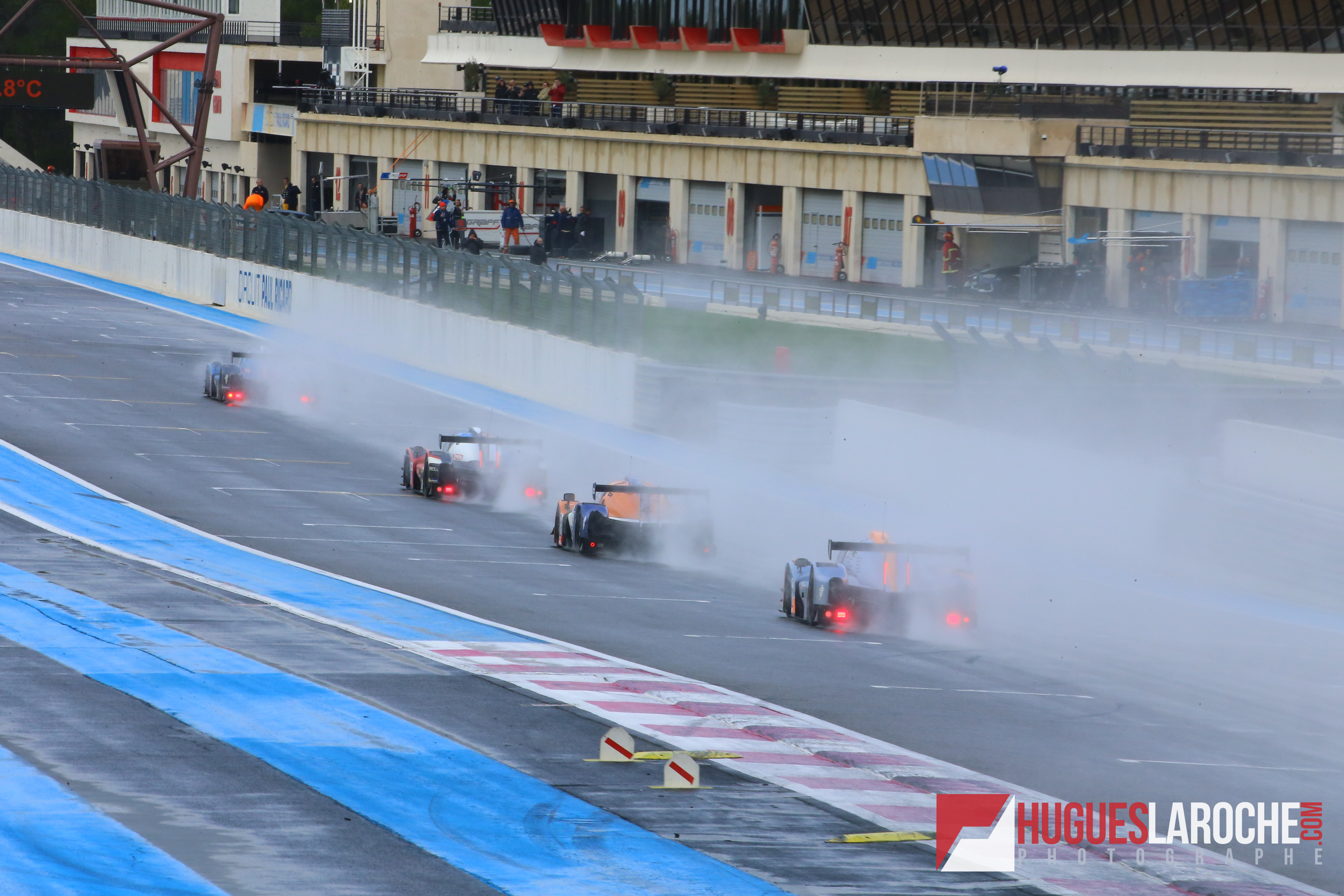 Fifteen prototypes are gathered on the starting grid for this last 4-hour race. The weather conditions are not there with rain and strong gusts of wind that are disrupting the start. It is therefore carried out behind the security car.

Several cars are taking the opportunity to carry out one of their penalties related to balancing the crews, starting with the poleman, Matthias Kaiser, on the Ligier JS P3 n°26 of the Wimmer Werk Motorsport. As for David Droux, second in the No. 7/7/Realteam Norma M30, we prefer to continue on the track and that still allows them to lead more than half of the race. 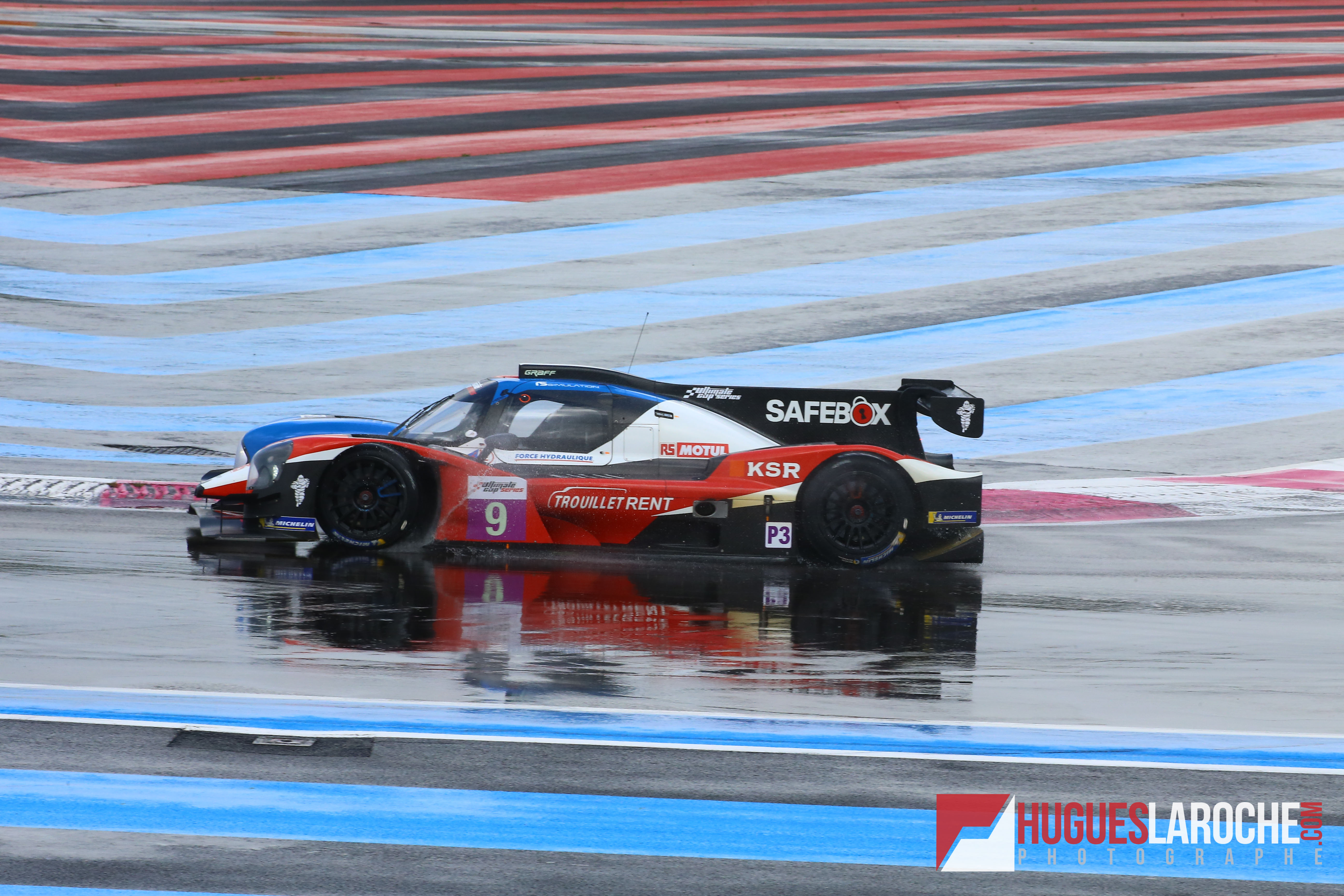 Among the teams that stopped during the first laps, Graff is doing very well since the crew of his Norma n°9, composed of Luis Sanjuan and Eric Trouillet, with less seconds to spend in the pits, is gradually moving up the hierarchy. The two men are in second place at mid-race. While the leading Norma n°7 refuels a second time, at the end of the second hour, Norma n°9 recovers the orders. 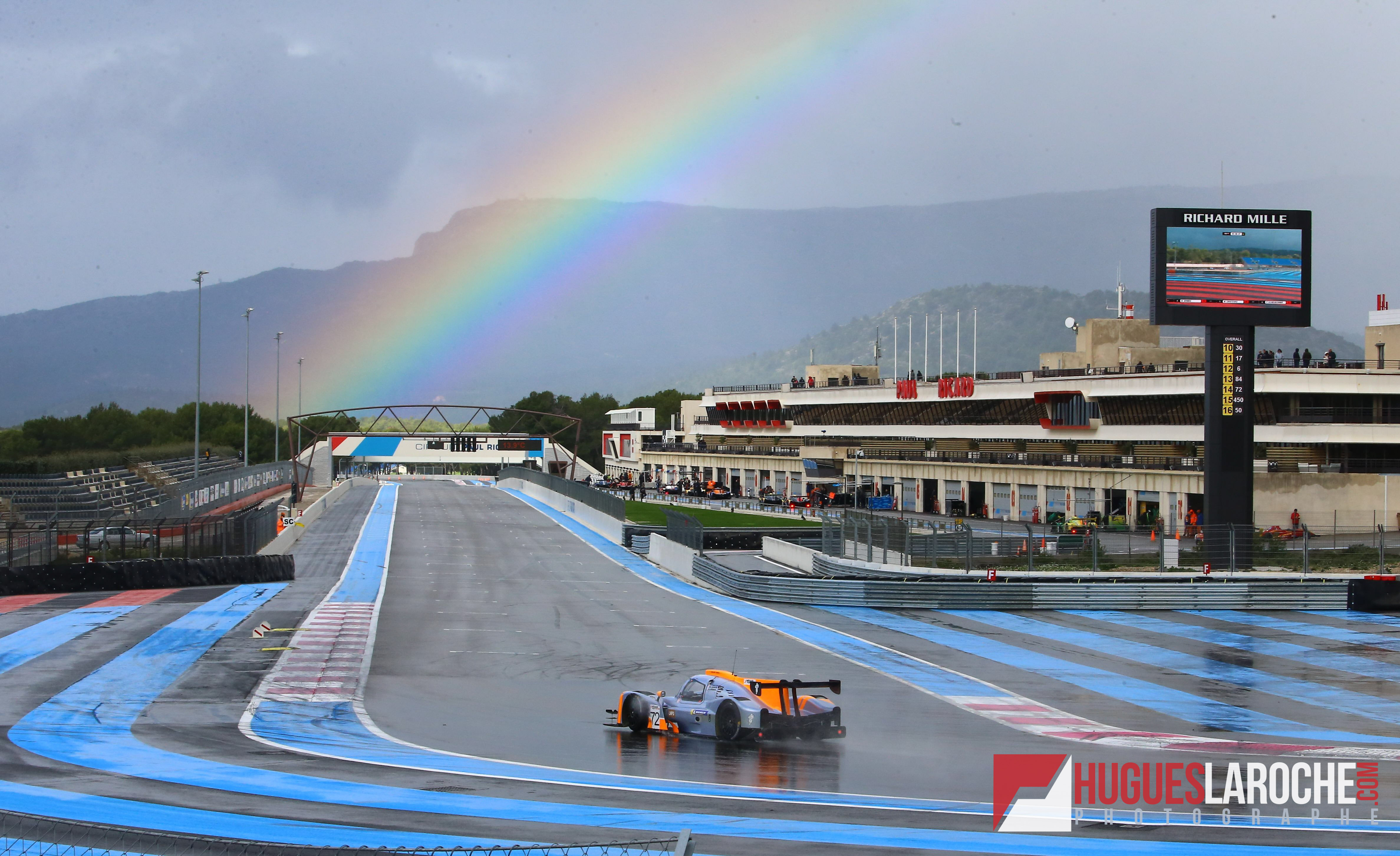 At the beginning of the last hour, Eric Trouillet is in the lead with a lead of more than 30 seconds over Sébastien Page. The latter is the victim of a mechanical problem that ruins the race of the Norma n°7. The end of the race is animated with Maxime Robin setting the excellent times, at the wheel of TFT’s Norma n°72. The young Sartheois has the leader in sight but the chequered flag drops on the Norma n°9 while the Norma n°72 fails at only 373 thousandths… what a finish! The 2019 Proto Challenge champions, Vincent Capillaire and Matthias Kaiser (Ligier n°26/Wimmer Werk Motorsport) finished on the third step of the podium. 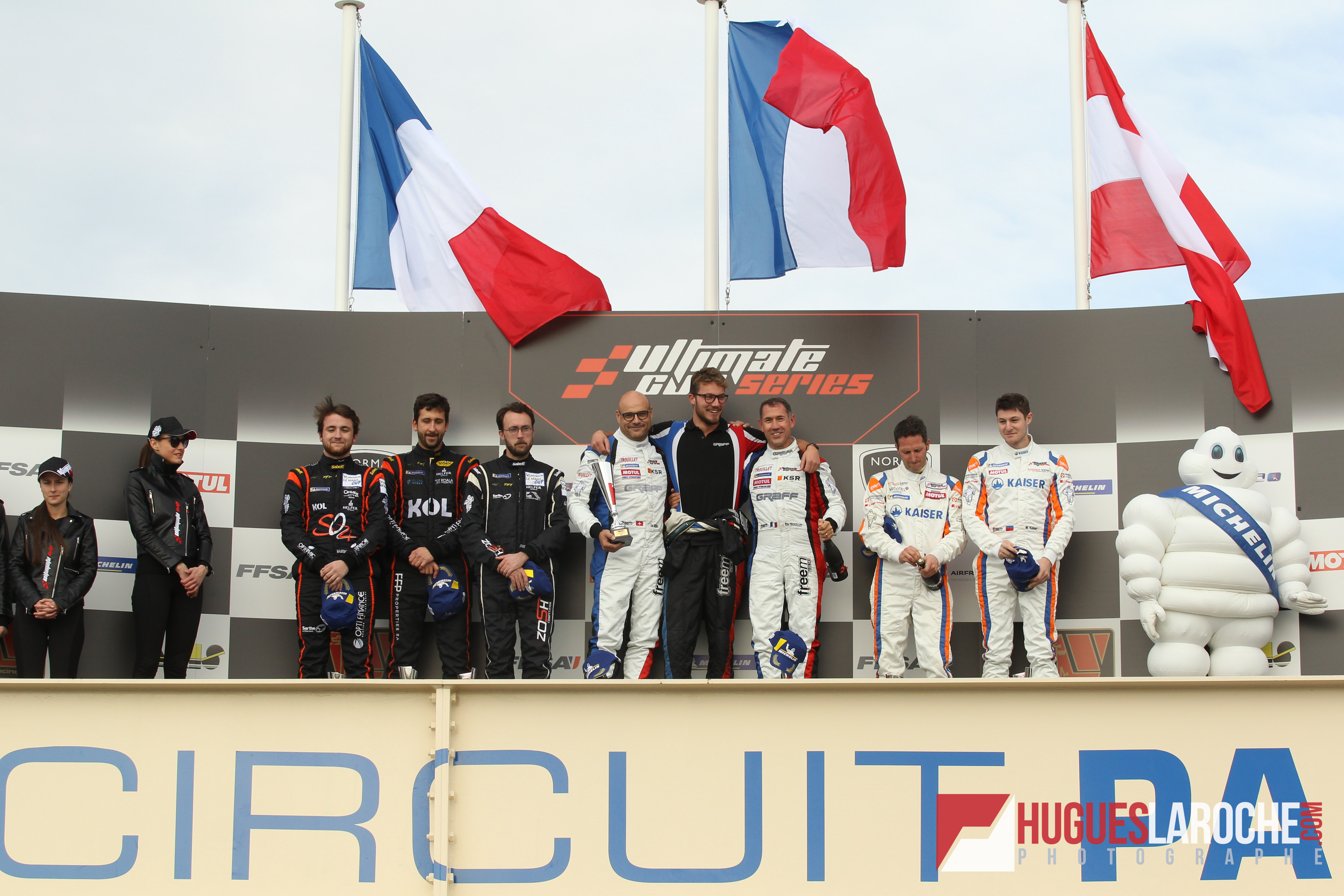 The victory of Eric Trouillet and Sébastien Page proves the effectiveness of the balancing of the crews since it is bels and well two Bronze pilots (Ultimate class) who win the overall classification. 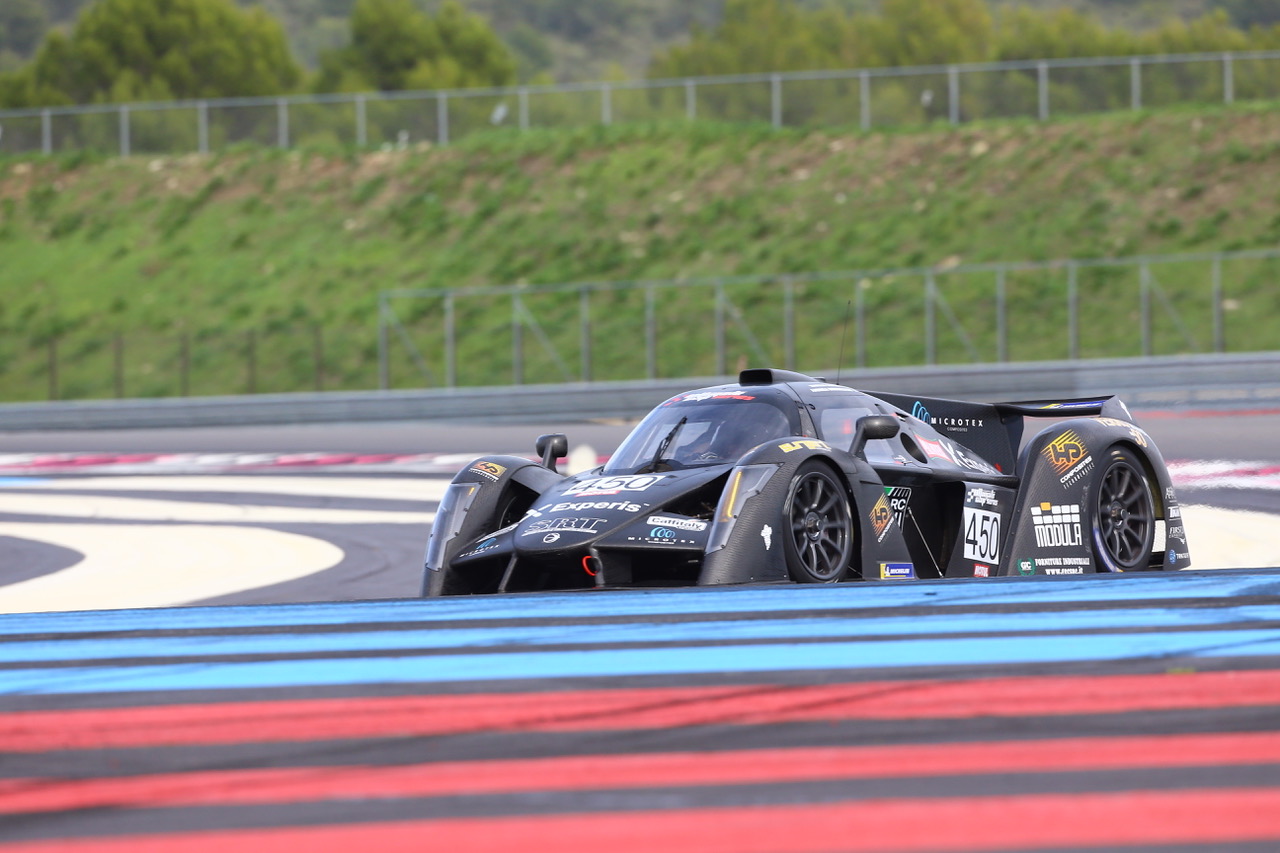 Andrea Dromedari and Marzio Moretti finished the 4 hours of racing, at the wheel of the HP Racing Team’s n°450 JS P4 Ligier. 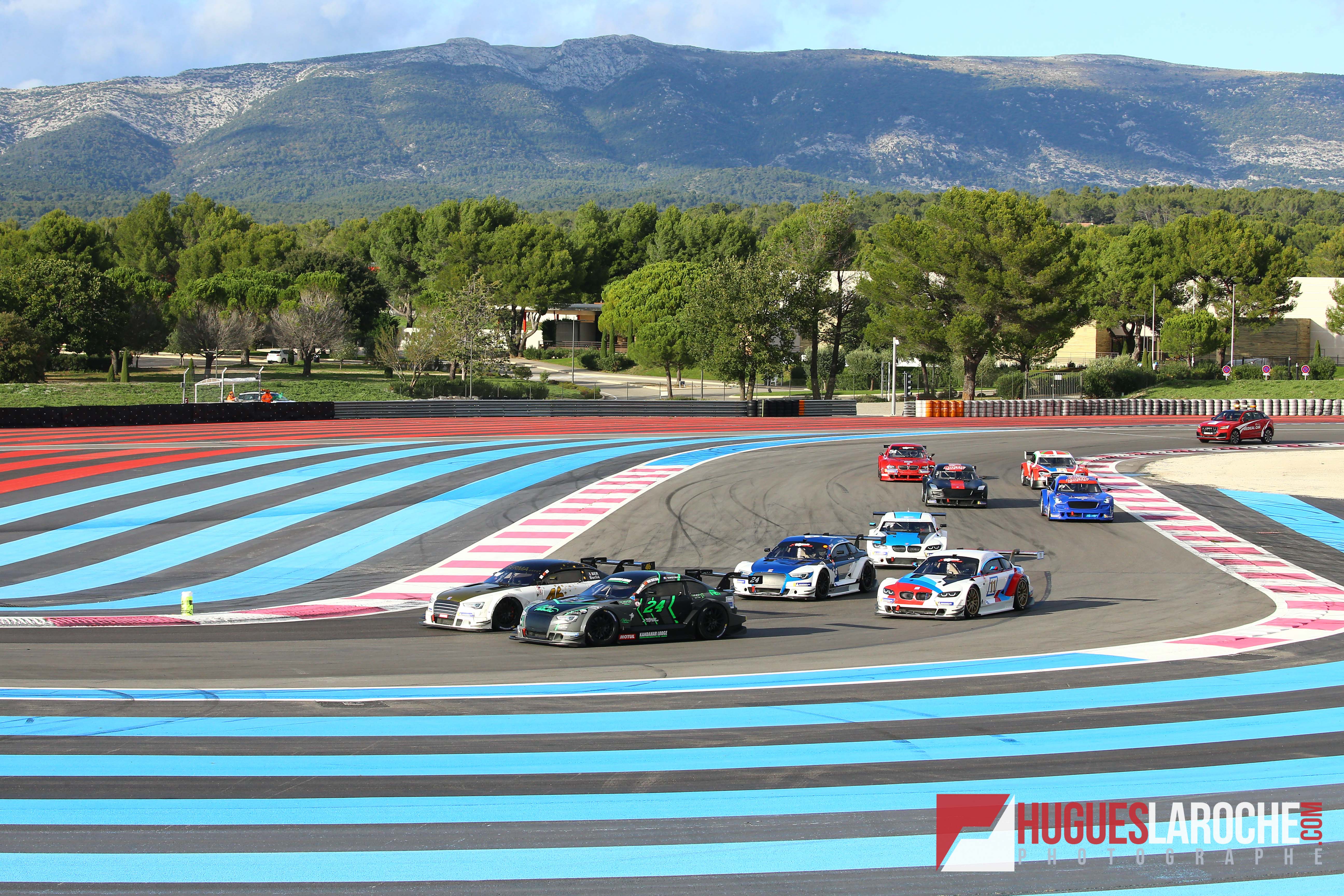 Race 3: The weather is capricious at the beginning of the day and the drivers engaged in Mitjet Sprint are setting up on the starting grid. Given the track conditions, the start is given behind the safety car. 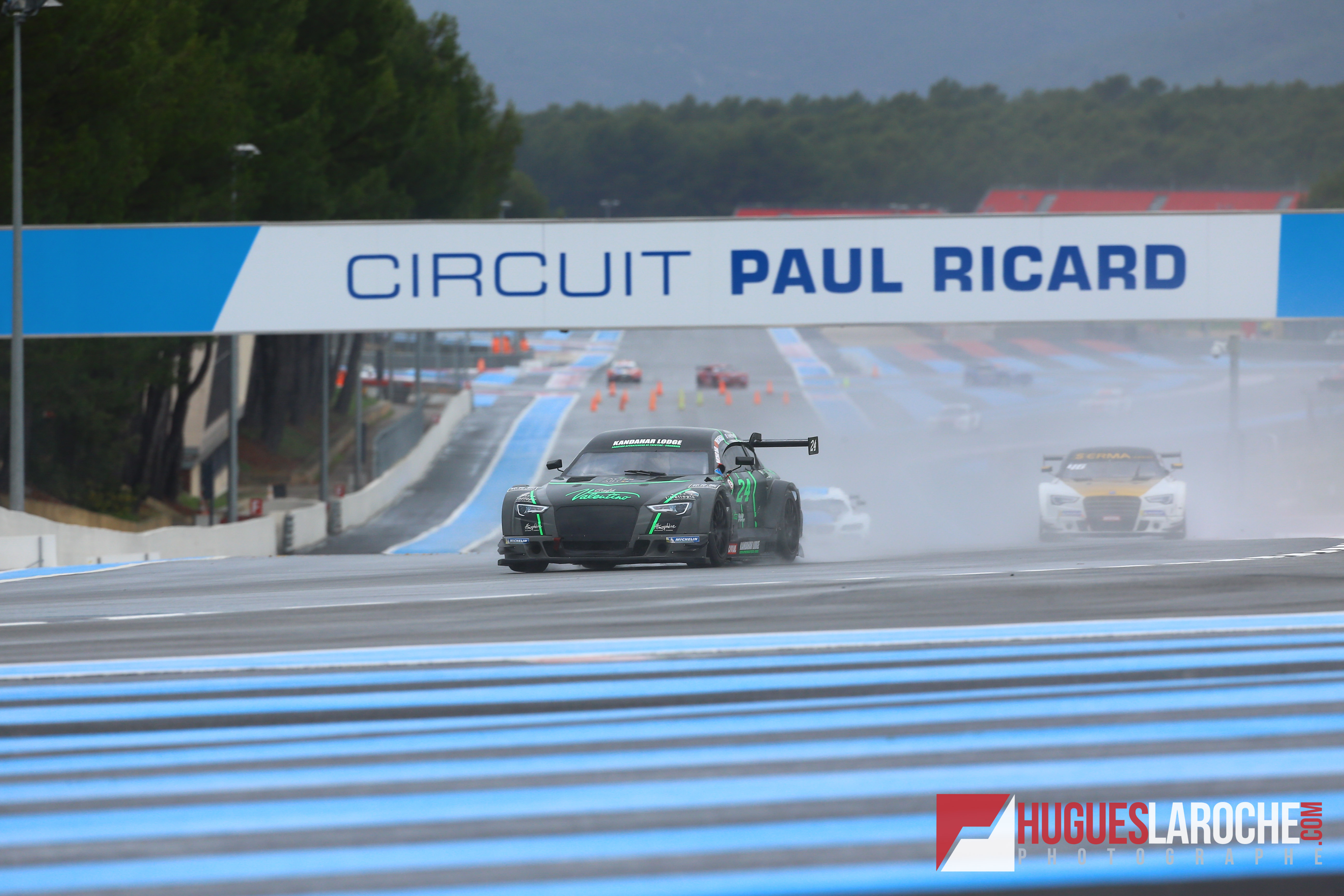 The victory in race 1 allowed Christophe Cresp (VIP Challenge) to start from pole position, while Victor Weyrich’s setbacks caused him to start from sixth place. The Cool Racing resident, leader of the championship but not yet in possession of the title, is particularly comfortable on this wet track. In addition to taking control of the race in the second lap, he created a considerable gap of 57 seconds at the finish of the race! Clément Berlié (VIP Challenge) once again took second place, ahead of Christophe Cresp.

Fourth of the Mitjet 2L on the grid, Thomas Humeau (MV2S Racing) gradually made up the deficit and finally won after the 8 laps of the race.

Race 4: This final race of the season, the 28th, will see a 2019 Mitjet Sprint champion driver. The poleman and favourite, Victor Weyrich, author of 16 victories, has everything to win but everything to lose. The driver of Mitjet ST n°24 (Cool Racing) is more than 30 points ahead of Clément Berlié (VIP Challenge), with whom he shares the front row. 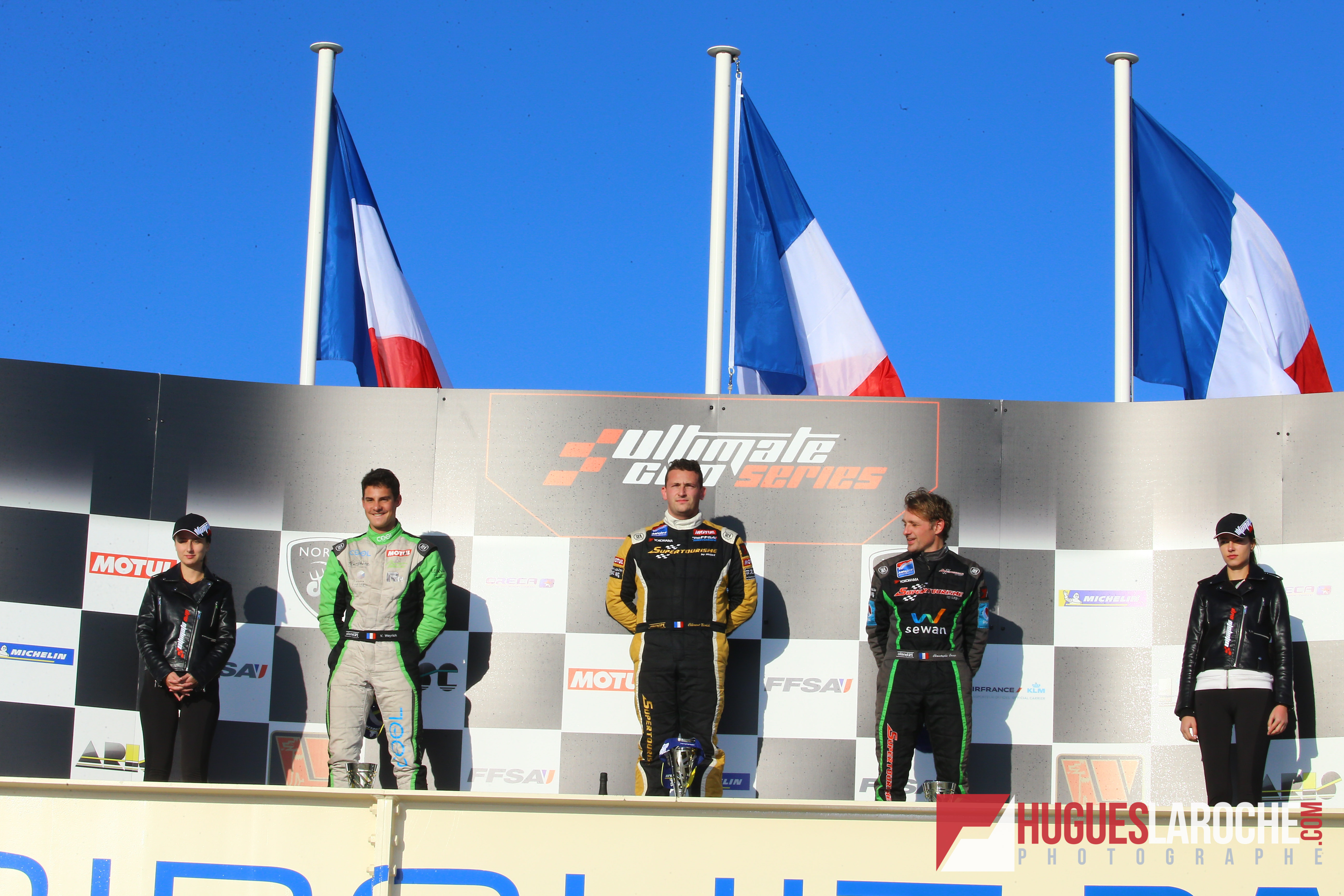 Without any pretention, Victor Weyrich, who is sure of the title if he finishes the race, leaves the door open to Clément Berlié who finishes all the laps at the front of the race, for the victory of a fourth victory this season. Christophe Cresp (VIP Challenge) rose from sixth to third place.

Povilas Jankavicius is the strong man of the second part of the season in 2L. The Lithuanian Arctic Energy rider, who is teaming up with Sergey Egorov, took advantage of the absence of Bruno Cosin and Milan Petelet to close the gap in the championship and win the title after winning this Sunday. 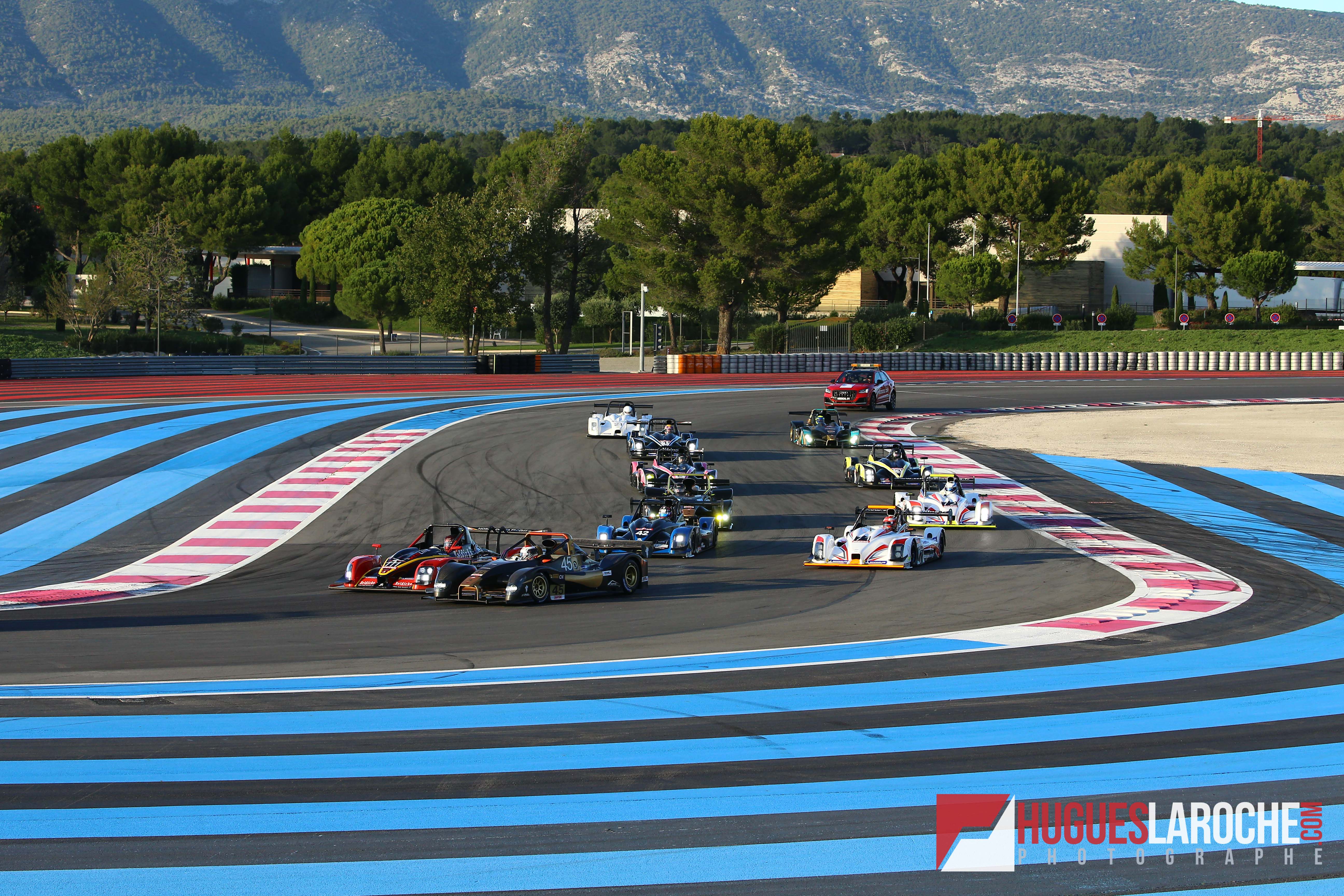 CN: After the cancellation of the Magny-Cours race due to heavy conditions, the drivers involved in the CN race were eager to get to grips with it, especially since the title is still at stake.

Guglielmo Belotti starts from pole position at the wheel of the No. 45 Avelon Formula Wolf GB08 Tornado. The team-mate of Ivan Nicola Bellarosa, the leader of the championship, was overtaken by Sam Dejonghe (Deldiche Racing) and the Norma M20 FC in the first lap. Since then, the Belgian rider, accompanied by Tom Boonen, four-time Paris-Roubaix winner, widened the gap and the two men were never threatened again. 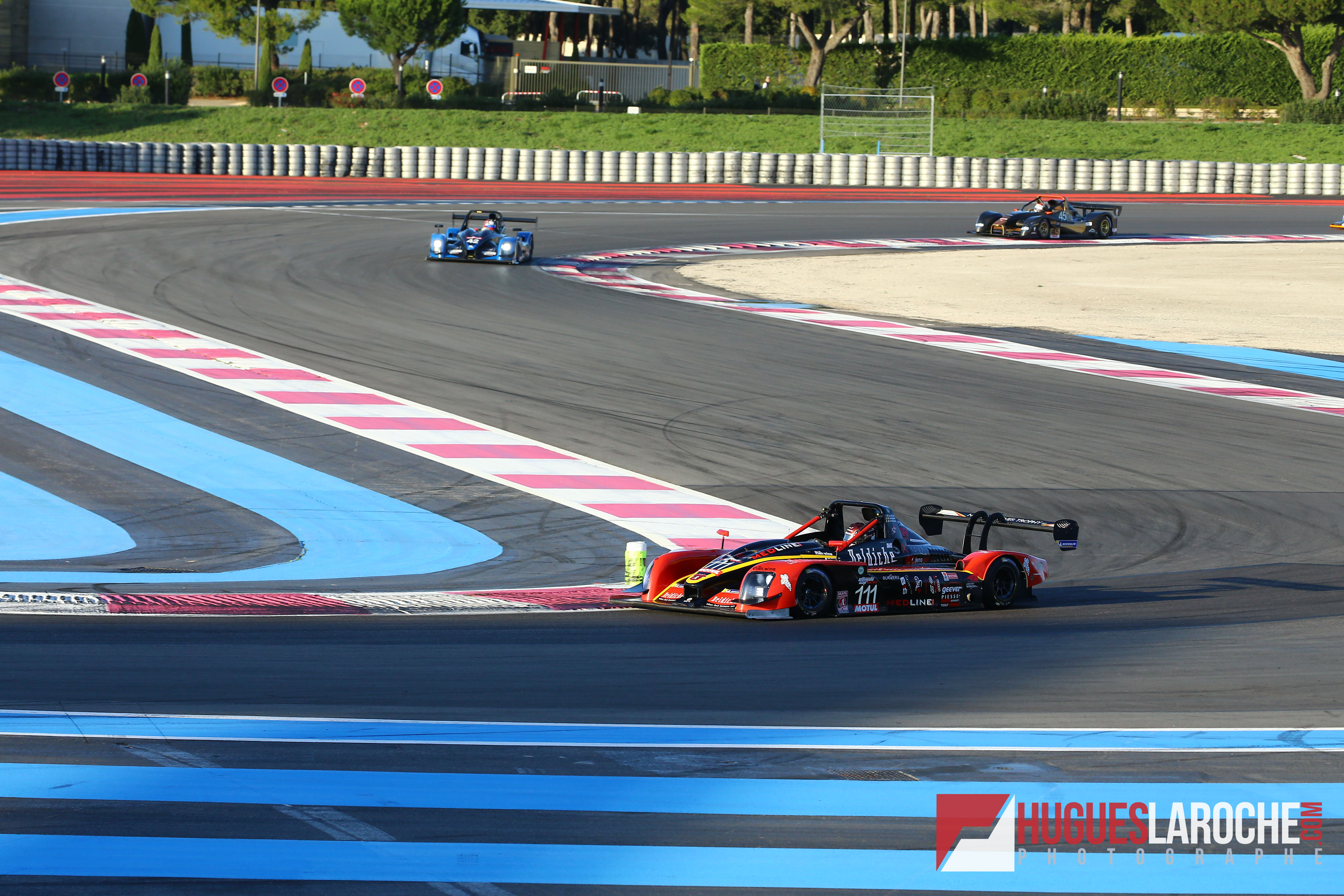 Sam Dejonghe and Tom Boonen won the race after 3 hours and 85 laps. Their domination is quite telling as the two men led 81 of the 85 laps! Timothé Buret and Christian Vaglio Giors (Norma n°42/Palmyr) also had the opportunity to make a name for themselves for their pigeon at Le Castellet, finishing second on the podium, taking advantage of the mechanical problems of the Wolf GB08 n°45. Nicolas Schatz and Jonathan Brossard were also the actors of a great battle at the front and complete the podium. 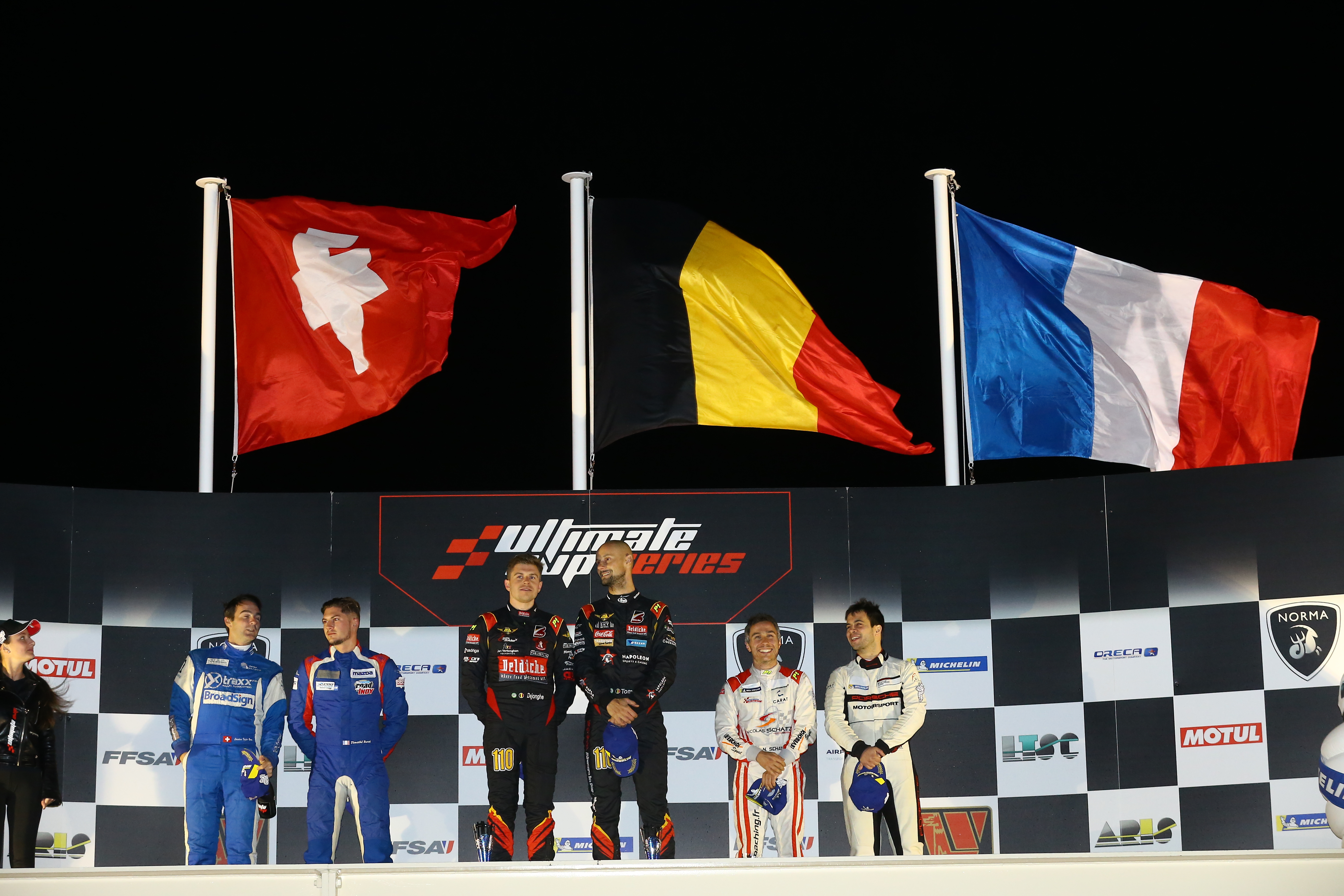 With four wins this season, Ivan Nicola Bellarosa, despite the day’s troubles, is crowned CN 2019 champion! 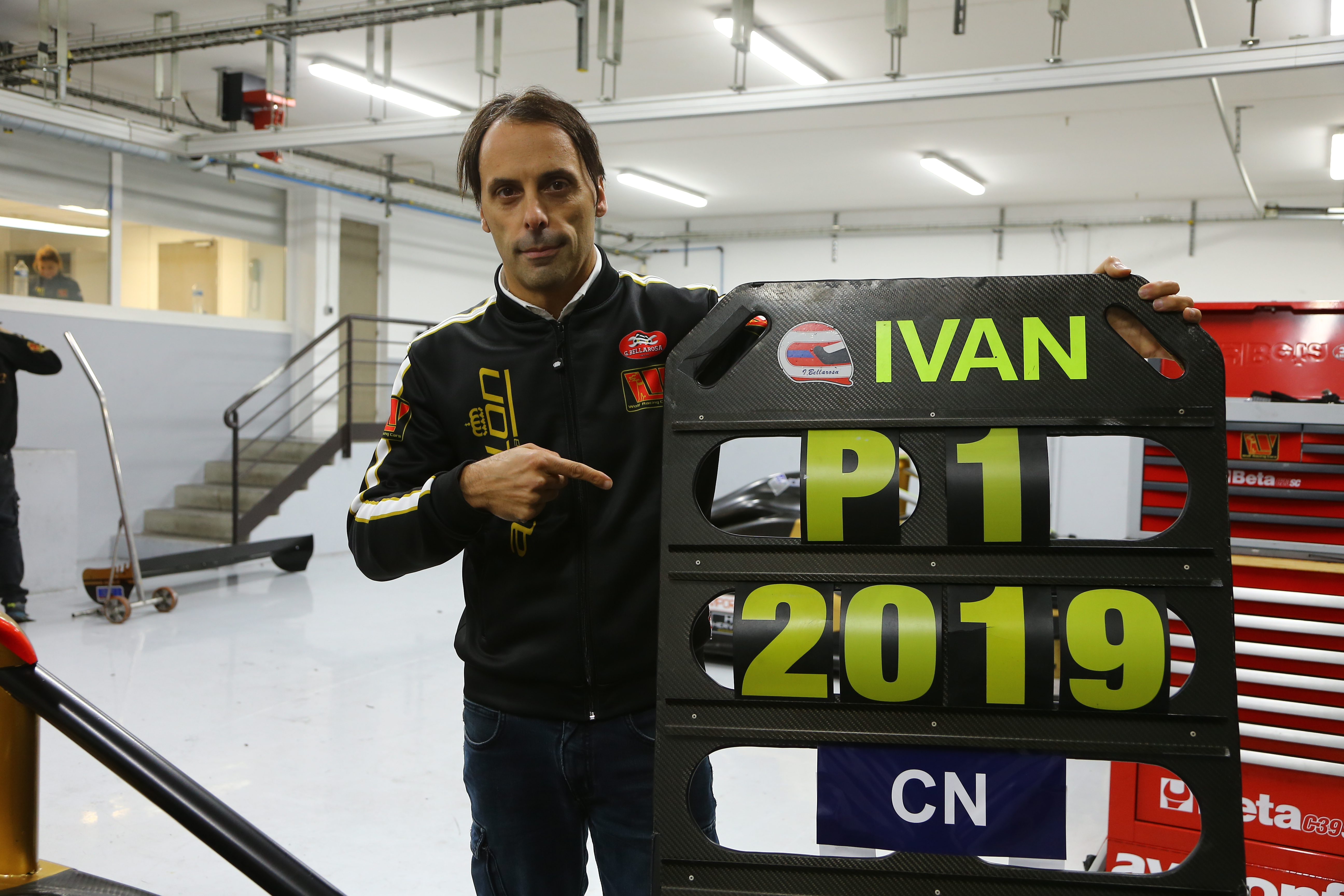 The 2019 season of the Ultimate Cup Series is now over and we look forward to seeing you in 2020 for Act 2!