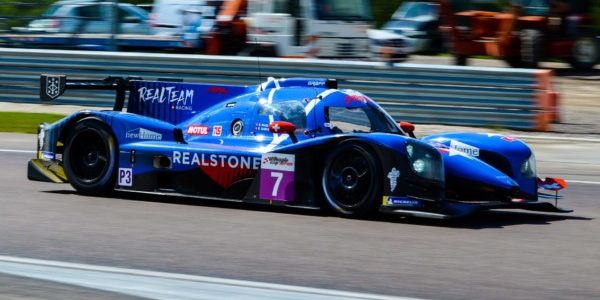 To the Italian track of Mugello, in the heart of Tuscany, for the fourth round of the Ultimate Cup Series. Before the summer break, the championship will continue on June 28, 29 and 30 with the five categories GT, Proto, CN, Mitjet and Monoplace.

Overall, the plateau is growing with more than 70 cars in the paddock. Twenty prototypes, LMP3 and P4 are expected. The Ligier JS P4 (HP Composites, Graff and Larbre Competition) make their debut in the championship. Besides the usual teams, Nielsen Racing will compete in a Norma M30 for Andrew and Jeremy Ferguson as well as Louis Hamilton Smith.

With two wins in three races, Vincent Capillaire and Matthias Kaiser lead the championship with a quota of 112 points. The Ligier JS P3 duo #26/Wimmer Werk Motorsport is now 45 points ahead of Thomas Padovani and Philippe Valenza on Ligier #94/Team Virage.

The GT category regains colours with four UGTFREE, two UGTX and one UGT. Jean-Paul Pagny, Thierry Perrier and Jean-Bernard Bouvet will be the men to beat with their Ferrari 488 GT3 #61/Visiom.

Formula Renault 2.0 will be the most numerous with 22 cars in the competition. The show is guaranteed, especially since the leaders of the championship, Amaury Bonduel and Sacha Lehmann, are only at a few points.

Ten CN and twenty Mitjet will also be there to compete in very seasonal weather conditions!

As we reach mid-season, it is time to take a first look at the situation with Vincent Vigier, promoter of the Ultimate Cup Series.

« Everything is fine.! » He told us. «We were able to establish a championship in just a few months and attract many teams. The assessment of the first part of the season is good and for the second part, we will consolidate the work done. We are listening the teams and drivers in order to prepare the 2020 season as well as possible. »

Any news by the end of the season?

« Yes, the Ligier JS P4 Ultimate Challenge starts at Mugello and we will have several P4 at the start in Italy. We have opened the rules to the Ligier JS2 R as well as to the TCR who can join us now. The Ligiers will compete in UGTX and will have their own Challenge. »

The complete program of the weekend is HERE.