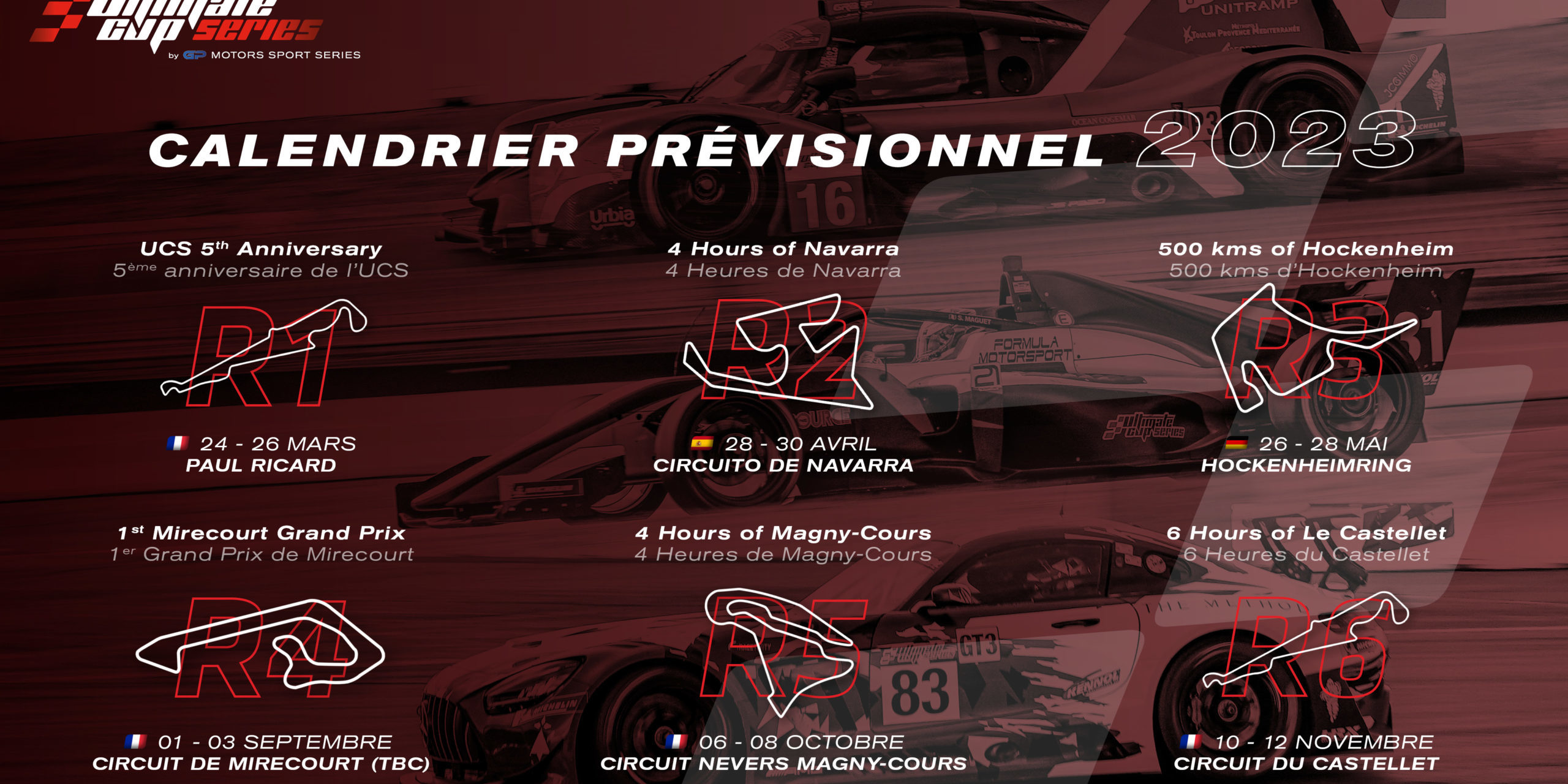 Revealed on Sunday 9 October at the penultimate round at the Circuit de Nevers Magny-Cours, the provisional 2023 calendar proposes six events, including two European destinations.

Next season will begin with pre-season testing on 2 and 3 March 2023 at the Magny-Cours circuit, then the Paul Ricard circuit, which will then open the festivities for the fifth anniversary of the championship launched in 2019 from 24 to 26 March 2023, with the first round.

One month later, the 4 Hours of Navarra will be held in Spain from 28 to 30 April, followed by the 500 kilometres of Hockenheim from 26 to 28 May, in the legendary German arena that has hosted Formula 1. These two tracks, which are already on the 2022 calendar, have attracted the drivers, particularly because of their unparalleled technical nature.

After a well-deserved three-month summer break, the paddock will move to the brand new Mirecourt track, which has just been built in the Vosges. The Ultimate Cup Series will be the first car competition to take place on this brand new circuit, from 1st to 3rd September.

The season will end on two of Europe’s most beautiful circuits, the Circuit de Nevers Magny-Cours from 6 to 8 October, and finally the Circuit Paul Ricard from 10 to 12 November.