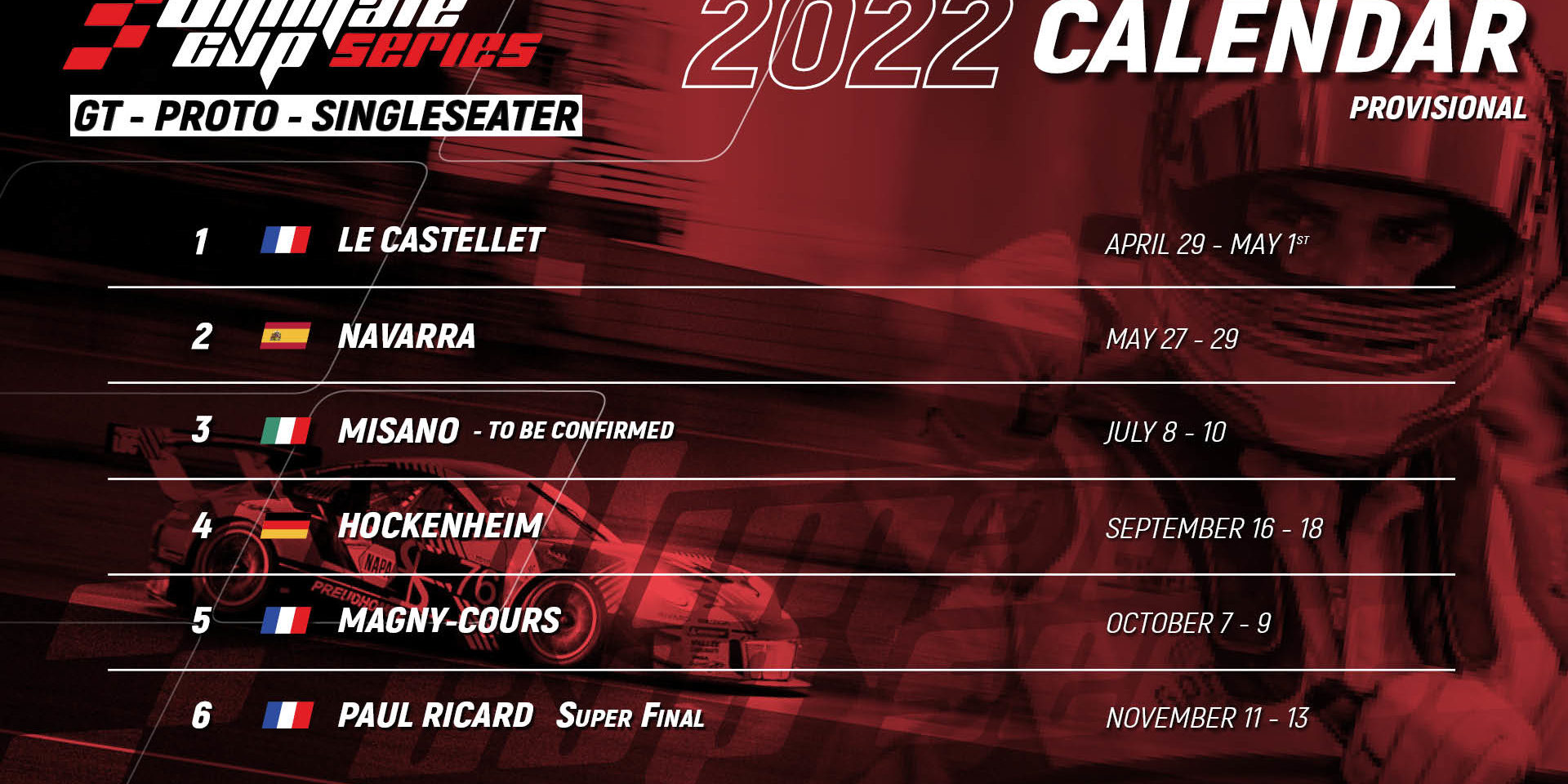 The 2022 Ultimate Cup Series calendar will feature six rounds on the most beautiful French and European circuits.

Three new European destinations will be added to the fourth season of the Vincent Vigier-initiated championship in 2019.  The Spanish circuit of Navarra, the renowned Italian track of Misano and the mythical German arena of Hockenheim will appear on the calendar for the first time.

The 2022 season will start in Le Castellet at the end of April and continue a month later in Navarra, where the Ultimate Cup Series will take up residence for the first time.

The paddock will then meet on the Adriatic coast, at Misano, in July, marking the return of the championship to Italian territory before a well-deserved break.

The return to action will take place in September, at the Hockenheim circuit, which hosted Formula 1 until 2019 and which will be a discovery for the Ultimate Cup Series, before the last two rounds at Nevers Magny-Cours, in October, and Paul Ricard, the scene of a Super Final in November.

It should be noted that a track day will be organised as a prelude to each weekend.

Following the success of the Peugeot Sport Meetings (208 Racing Cup and Relay 208) in their first year organised by Ultimate Cup Series, the 2022 season is looking even better. The calendar will be centred on France, with five French rounds and one in Spain, at Navarra. In addition to Paul Ricard and Nevers Magny-Cours, the Peugeot 208s will take to the Val de Vienne circuit at the end of July and Albi, the date of which will be confirmed in the coming weeks.