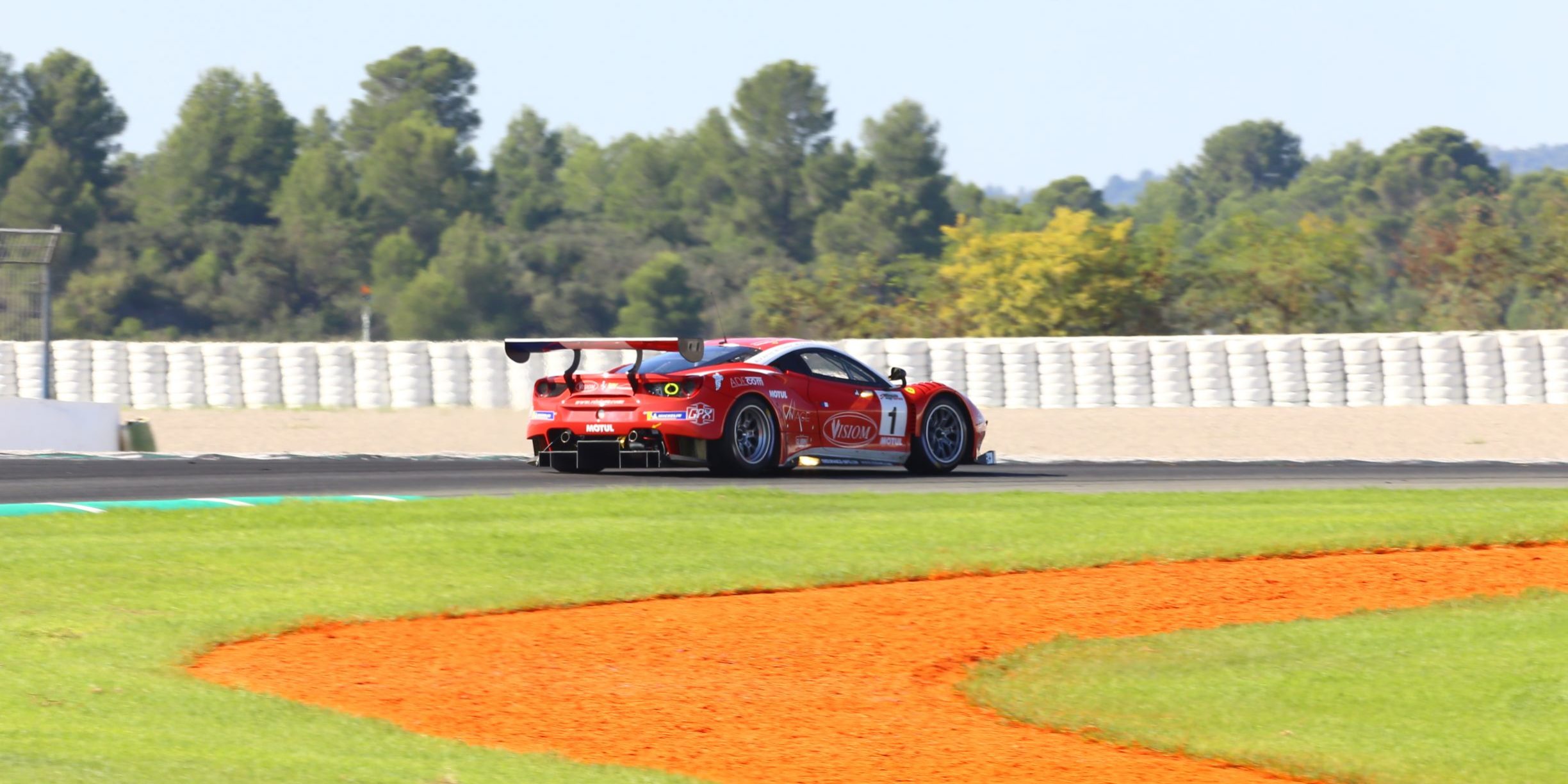 The penultimate round of the Ultimate Cup Series has concluded with a runner-up spot for the 488 GT3 of Visiom Racing, bringing their four-in-a-row winning steak to an end.

The French crew, made up of Thierry Perrier, Jean-Paul Pagny and Jean-Bernard Bouvet, finished the four-hour mini endurance marathon, held at the Magny-Cours circuit, behind the eventual winners Degremont-Petelet in the Renault R.S. 01. The result sees the French trio secure the UGTFree class title with one race of the season still to run.

At the start, Thierry Perrier, adopting a cautious approach in the early stages of the race, let Claude Degremont take the lead in the Renault R.S. 01, keeping the gap with his rival to within a minute. The rain, which began to fall in the second hour, with teams having already carried out their first pit-stops, did not pose major problems for Jean-Paul Pagny, having taken over at the wheel of the Visiom Racing car.

After a period of Full Course Yellow, needed to remove a car precariously shored up in the track-side gravel, Pagny was overtaken by Greg Segers. In the third hour, a second FCY was declared after another competitor went off into the sand, but Pagny failed to take advantage of the situation, choosing to stay out on track for a further lap at the precise moment that the track got doused with an even heavier downpour.

After the pit-stop, Jean-Bernard Bouvet muscled his way into second place, overtaking the #46 R.S. 01, who ended up going into a spin and causing a third FCY. When the race re-started, in spite of some fine laps, the Ferrari driver was unable to close the deficit and eventually finished a lap behind the winner.

Nevertheless, the result is enough for the Visiom Racing crew to seal the GT class title, with one race still to go. The final event – the seventh round of the season – takes place on November 2 at the Paul Ricard circuit and will see Thierry Perrier, Jean-Paul Pagny and Jean-Bernard Bouvet take the start-line as official champions.