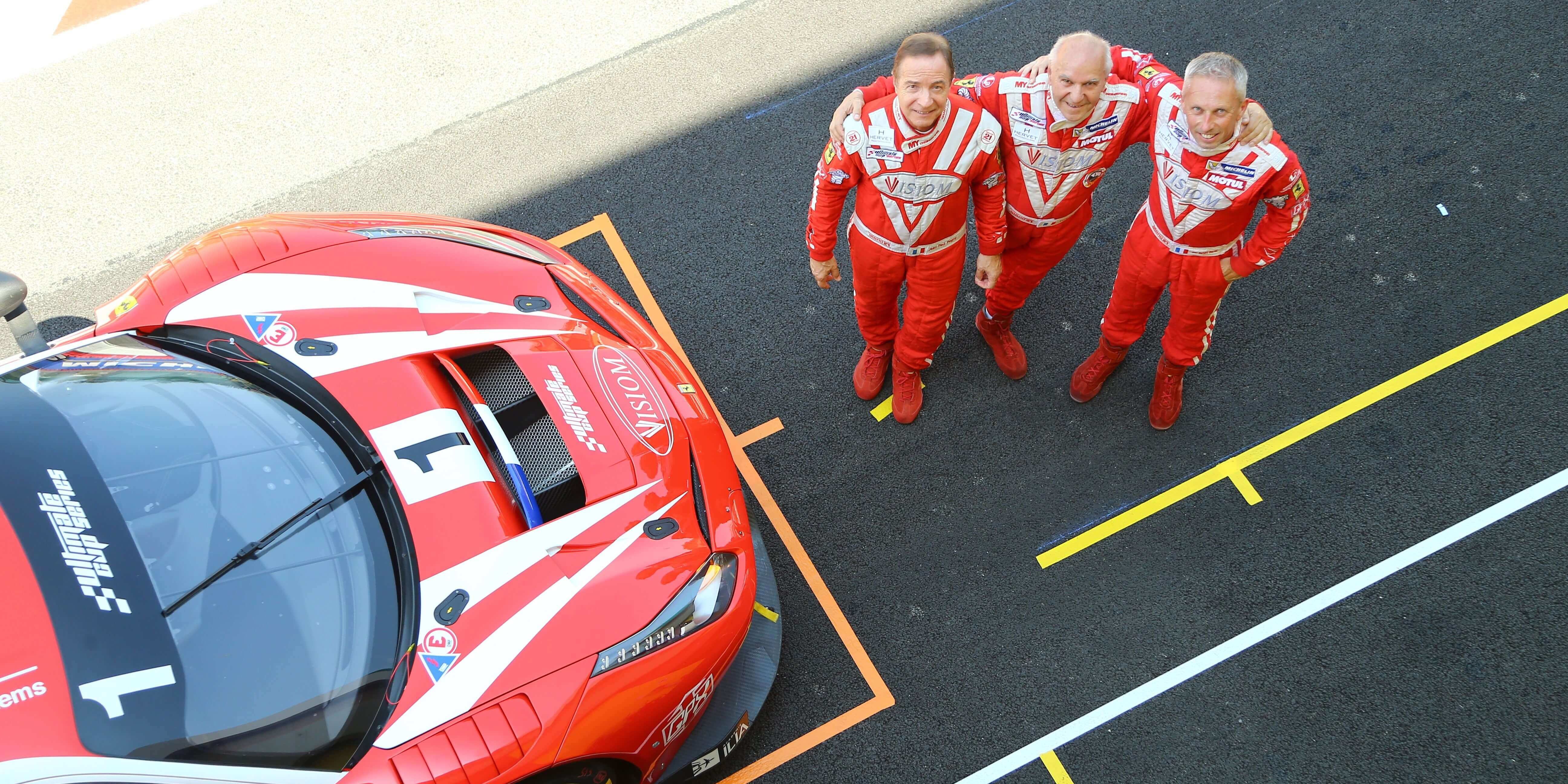 Fantastic showing from the 488 GT3 courtesy of Visiom Racing at the end of the fourth round of the Ultimate Cup Series. The crew, made up of Jean Paul Pagny, Thierry Perrier and Jean-Bernard Bouvet, dominated the 4 Hours held at the Mugello track, clinching a third consecutive victory in the series.

Cautious start. Starting out with Perrier at the wheel, the 488 GT3 dropped down to third spot ahead of the first pit stop which saw the crew take over at the head of the course. Paul Pagny’s stint consolidated the advantage over the adversaries before conceding the lead once again to the car of Perrier. The Frenchman saw his advantage fizzle with the entry of the Safety Car, losing the first position on being reached by Jean-Bernard Bouvet on the 91st lap.

Final obstacle. The Frenchman increased the margin to eventually sport a one-minute advantage over the nearest pursuer. Not even a final dramatic twist – which manifested itself in the form of a 16” Stop and Go for a pit lane infringement – was capable of souring the expert transalpine driver’s joy of victory.

As the chequered flag fell, the 488 GT3 of Visiom Racing came home ahead of the Renault RS01 at the hands of Tiziano Carugati, Nicolas Maunoir and Gregory Segers, with a 21”670 advantage.

Round 5. Next date for the Ultimate Cup Series is scheduled for 27th to 29th September in Valencia.