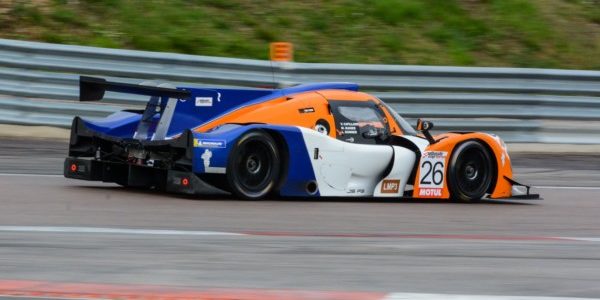 The two men, leading the championship since Estoril, are therefore maintaining their leadership and increasing their lead. They did not have an easy race and had to move up in the peloton. They even got a converted drive-through in 20.6 seconds after the race.

However, it was the Norma M30 #16/Red River Sport by Nielsen, led by Bonamy Grimes and Johnny Mowlen, that started from pole position. Grimes kept the lead in the first laps before leaving the lead to the Norma #7/Real Team driver.

It was only on lap 156 that the Austrian Kaiser took the lead and then headed for victory. Despite the penalty, Ligier #26 finished 33.9 seconds ahead of Norma #9/Graff Racing, driven by Sanjuan and Trouillet. New podium for Hugo Carini, Lionel and Antoine Robert for Norma #21/DB Autosport. The Ligier #14/Inter Europol Competition and the Norma #7/Real Team complete the top quinte.

Logical victory of the Ferrari 488 GT3 #1/Visiom of the trio Pagny, Perrier and Bouvet.

Next meeting at Mugello, at the end of June, where the plateau should be much larger.