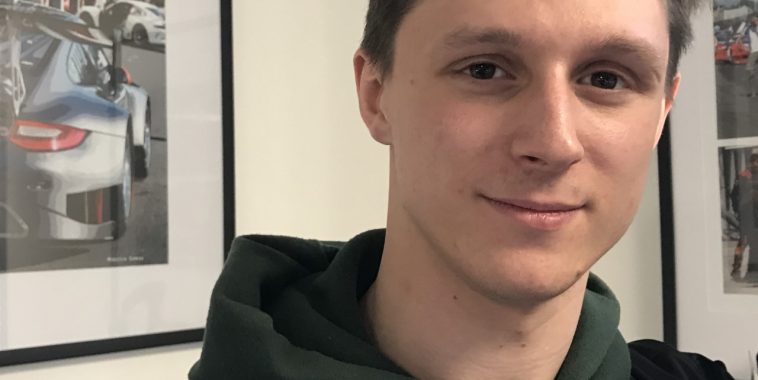 Forty years after the sensational and unforgettable victory of his father; Jean Pierre Jabouille, winner of the Formula 1 French Grand Prix on July 1st 1979 on the Bourguignon circuit of Dijon-Prenois, his son Victor starts his journey, just twenty years old!

Jabouille, a name forever carved in the tablets of the history of French car racing… 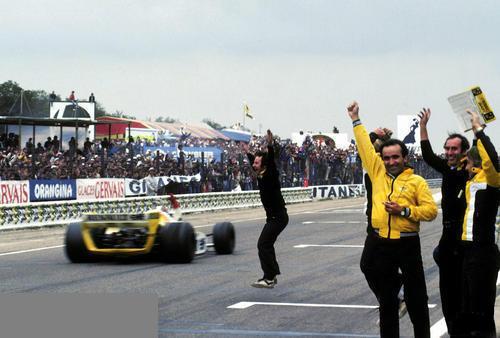 Jean-Pierre Jabouille has indeed entered the history of motor sport, after his victory on July 1, 1979 in Burgundy.

A French driver, victorious at the French Grand Prix, driving a French single seater, the Renault, with a French engine, the Renault turbo – the one that the late Ken Tyrrel and the English nicknamed before, the ‘ Yellow Tea Pot ‘following its successive abandonment engine in smoke– and French tyres: Michelin

Certainly a GREAT day, UNFORGETTABLE for France and also for  the Great, Jean-Pierre Jabouille. 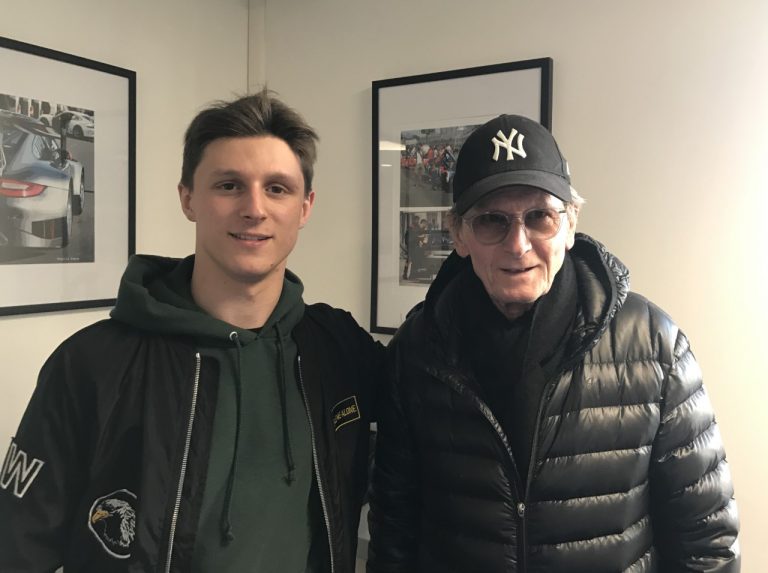 The years passed and in early 2019, our friend Jean-Pierre Jabouille, introduced us to his son, Victor Jabouille. Who is preparing to make his real debut in motorsport this season.

Indeed young Jabouille will finally compete for a full season in motorsport, driving a Formula Renault in the new Championship, the Ultimate Cup Series, whose opening round will take place in Portugal, in ten days, from March 22nd to 24th, on the Estoril Circuit at the gates of Lisbon. 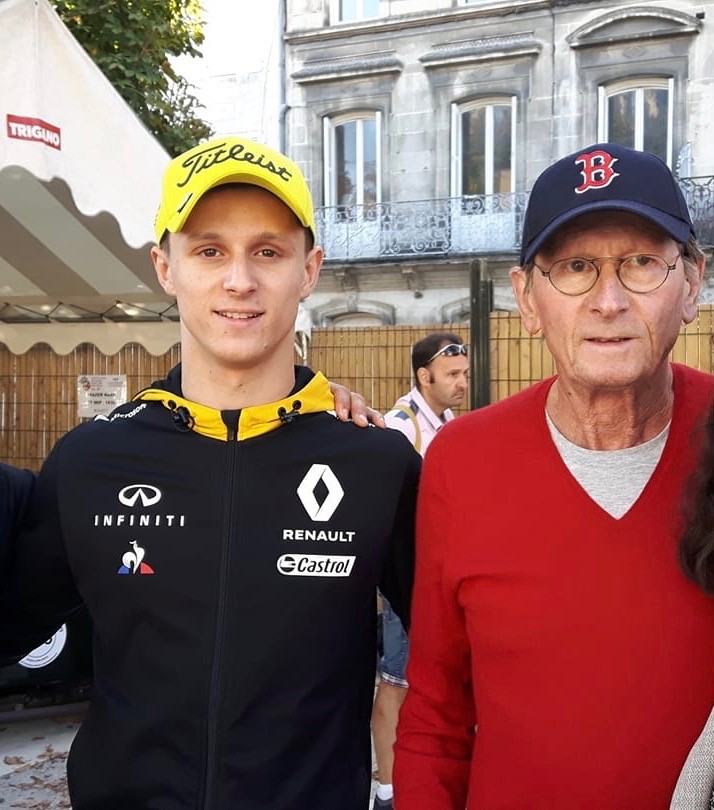 Born on September 29, 1998 in Neuilly, this new son of a great, unlike most of the others, has a totally atypical career! With such a talented father, having to live up to the name, it was indeed complicated for Victor to forge a successful career in car racing.

Starting with a little leisure Karting, between 6 and 8 years old thanks to his grandmother, at Magescq in the Landes, next to Dax, since the track was located close to the family home.

At age 14. I took the train one weekend a month, in Paris for Limoges to go on the circuit of Mornay in the Creuse and drive with Paul Petit who coached me and showed me how to drive a Formula Ford car. I had to drive a good fifteen hours.

Next step. The former driver Pierre Petit and father of Paul, after having observed on the track, that he had a good handling of the wheel, suggested to his friend Jean-Pierre, that he enter his son in the F4 Auto Sport Academy. This was in 2016.

Papa did not wish to take this route. We chose another channel and I trained with Mathieu Vaxivirère and CD Sport. Two days of training in Formula Renault, first on the Circuit of Pau Arnos, then in Lédenon, at the end of 2017.

Mathieu in his turn suggested that he starts racing, because he thought, as did Pierre Petit, that Jabouille Junior had real skills behind a wheel!

And, advised him to start –as he did himself a few years ago – in Mitjet 2 L.

And in 2018, it was done. An endurance race at Dijon with Dominique Lecru’s team MT Racing, recommended by the promoter of the series, Benoît Abdelatif. Result? … P5

Subsequently, Victor Jabouille, went to Italy for the Griiip G1 Series. A class with tubular chassis equipped with an Aprilia engine, more powerful than a F3 block!

He competed in Varanno and got the fifth fastest time in qualifying. In the race, he got back to second place, before the engine went: DNF

An opportunity was presented when a sponsor, HPA Motors, a major car dealership in Montauban contacted him through social networks and introduced him to Laurent Lamolinairie, the boss of Team LAMO!

The latter offered him a drive at Paul Ricard VdeV FR. Victor finished P11 of 22.

It was very, very complicated because of my name. I felt a big promotional weight. My helmet has the same colors as my father’s – blue and orange – and everyone knew that I was the son of JPJ! It disturbed me and especially since I had very little experience in racing, having no past in Karting or F4!

At the end of the summer of 2018,he found his way in VdeV for the Spanish test of Navarra at the wheel of a FR. He had a good lap time, where he scored the sixth time in the race in the fourth row and despite a ‘drive though’

I had anticipated the start because of a clutch fault. I did not want to stop, in order to make the most of the drive, given my lack of driving and I did not think because I imagined that this tiny mistake would cost me a few seconds penalty and especially since I needed to drive to improve myself and give me even more experience.

And this winter, he received an offer to continue his career and to race a Formula Renault car, still with Team Lamo, after an interview with Robert Peyrano and Vincent Vigier in order to race in the brand new Championship, the Ultimate Cup Series.

Everything is presently well for Victor Jabouille. But, by the way, does he have a goal, an objective:

Yes, absolutely, I have a dream … to drive one day in F1 and as my father did in a Renault! And also a goal, to become a professional racing driver like my father was. And I would like to add that Endurance racing interests me a lot.

That the young career of Victor Jabouille really starts this season!

AutoNewsInfo will follow the course of this apprentice-champion, after having followed that of GREAT Jean-Pierre.