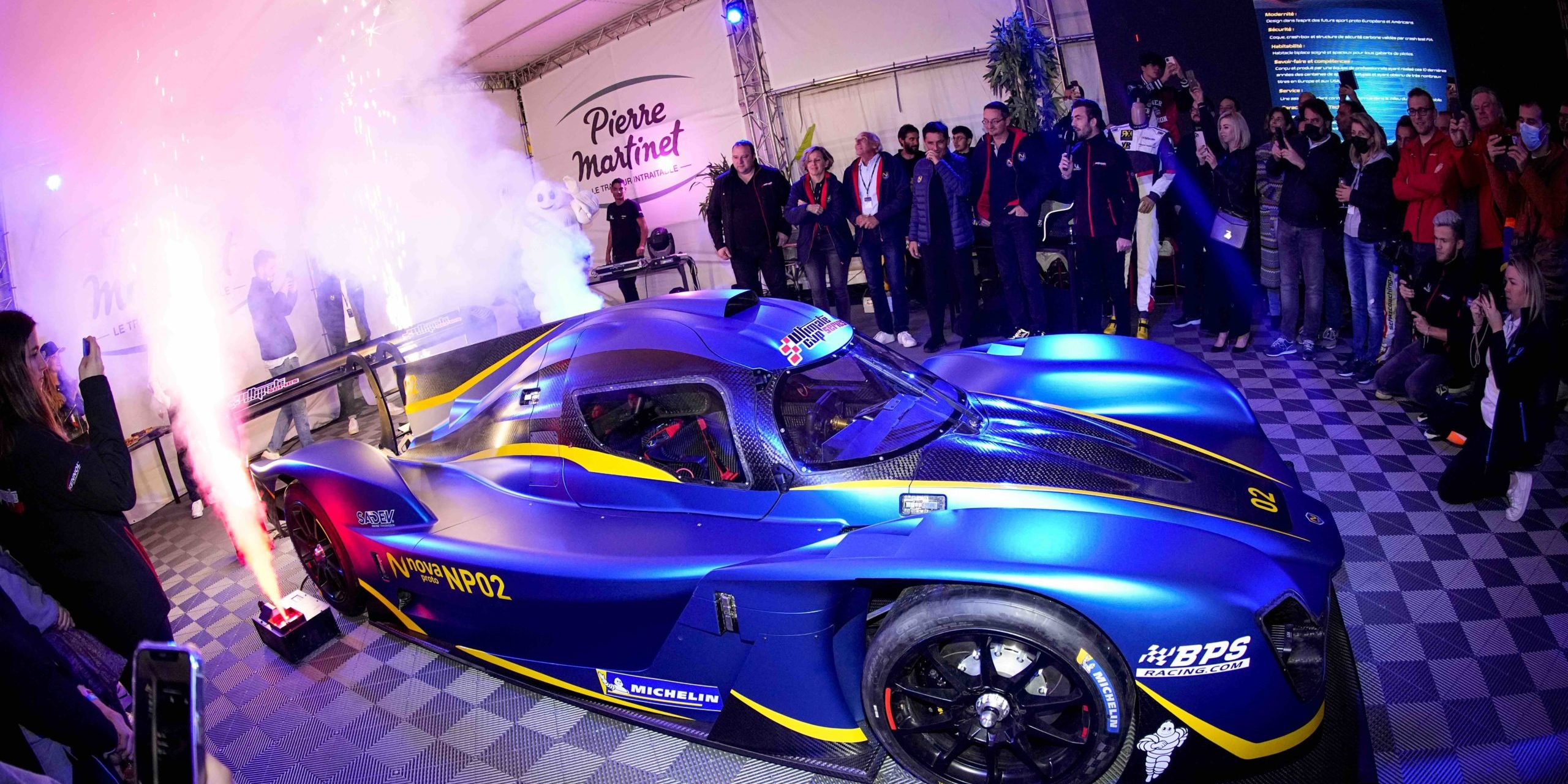 Car manufacturer Nova Proto unveiled its brand new sport-prototype on Friday evening in the paddock of the Estoril circuit, the scene of the Ultimate Cup Series Final.

Since the launch of the Ultimate Cup Series in 2019, sport-prototypes have had a prominent place in the Endurance Proto field, mixing CN, Proto Evo and LMP3.

In 2022, the new NP02 proto will be homologated to run alongside these three other categories, with a specific classification.

Nova Proto and the Ultimate Cup Series have a common desire to initiate an additional rung in the sport-prototype pyramid, between CN and LMP. With its characteristics – standard V8 engine at 7,500 rpm, approximately 400 horsepower, 765 kg, carbon hull, etc. – but also its very attractive price, the Nova Proto is the perfect candidate for the Ultimate Cup Series. – But also its very attractive price, its very low maintenance cost and its aggressive design, this NP02 will give a new impetus to the prototype championship.

The Nova NP02 has not yet been driven, but the first tests are planned for the beginning of 2022 and will be ready for the kick-off of the next season, at Le Castellet (29 April – 1 May).

During the presentation, BPS Racing and the Ultimate Cup Series announced a new agreement, symbolising the new dynamics of the series, which will be renamed BPS Endurance Proto.

Guillem Roux, President of Nova Proto: “With the arrival of the NP02 in 2022, I think that this will mark the renewal of the enthusiasm around the sport-prototype as we have known it in the past. When Vincent Vigier launched this championship, he was keen to promote this Proto championship and to make it a long-lasting event. I think this prototype should help him. The Ultimate Cup Series will be our showcase to demonstrate all the qualities of this car. The Norma M20 is now a reference and we hope that the NP02 will become one too.”

Stéphane Krafft, sporting coordinator of the Ultimate Cup Series: “We are already looking forward to welcoming these beautiful Nova NP02s into the BPS Endurance Proto 2022. With this new car and this new partnership with BPS Racing, we demonstrate our will to continue to be a real springboard to the highest level of endurance racing.”

A great start to the weekend in Estoril!
13 November 2021