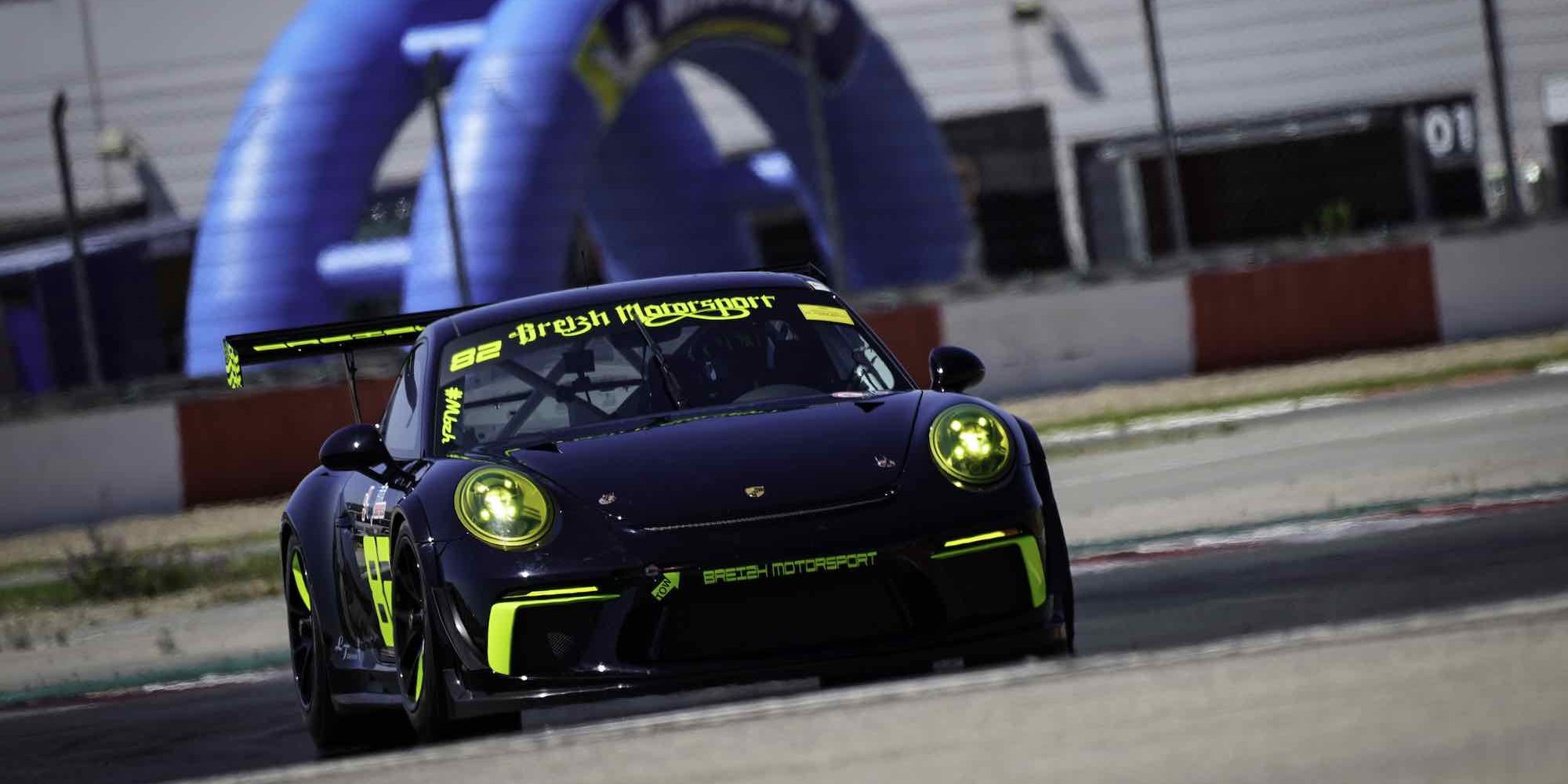 The first of the three races of the Coupe Pièces Auto GT Hyper Sprint, on the Navarra circuit, was dominated from start to finish by Maxime Mainguy. The driver of the #82 Breizh Motorsport Porsche 991 Cup started from pole position and went on to win his first race after 25 minutes. It is also a new victory for him in the Porsche Cup category.

The Vortex driven by Lucas Sugliano followed in the hierarchy by winning the UGT3B category, while the UGT3A honours went to Eric Mouez in the #88 CMR Bentley Continental GT3.

The mechanical problems of Scuderia Ravetto and Ruberti were also of note. The n°3 Ferrari 488 GT3 suffered a turbo problem earlier in the day, preventing it from taking part in qualifying and in this first race.

All the competitors will meet on Saturday for the second sprint race and the 50-minute long race.

ULTIMATE CUP SERIES: THE TOP DEPARTURE WAS GIVEN THIS 29 NOVEMBER AT THE CCFA IN PARIS
29 November 2018
Go to Top