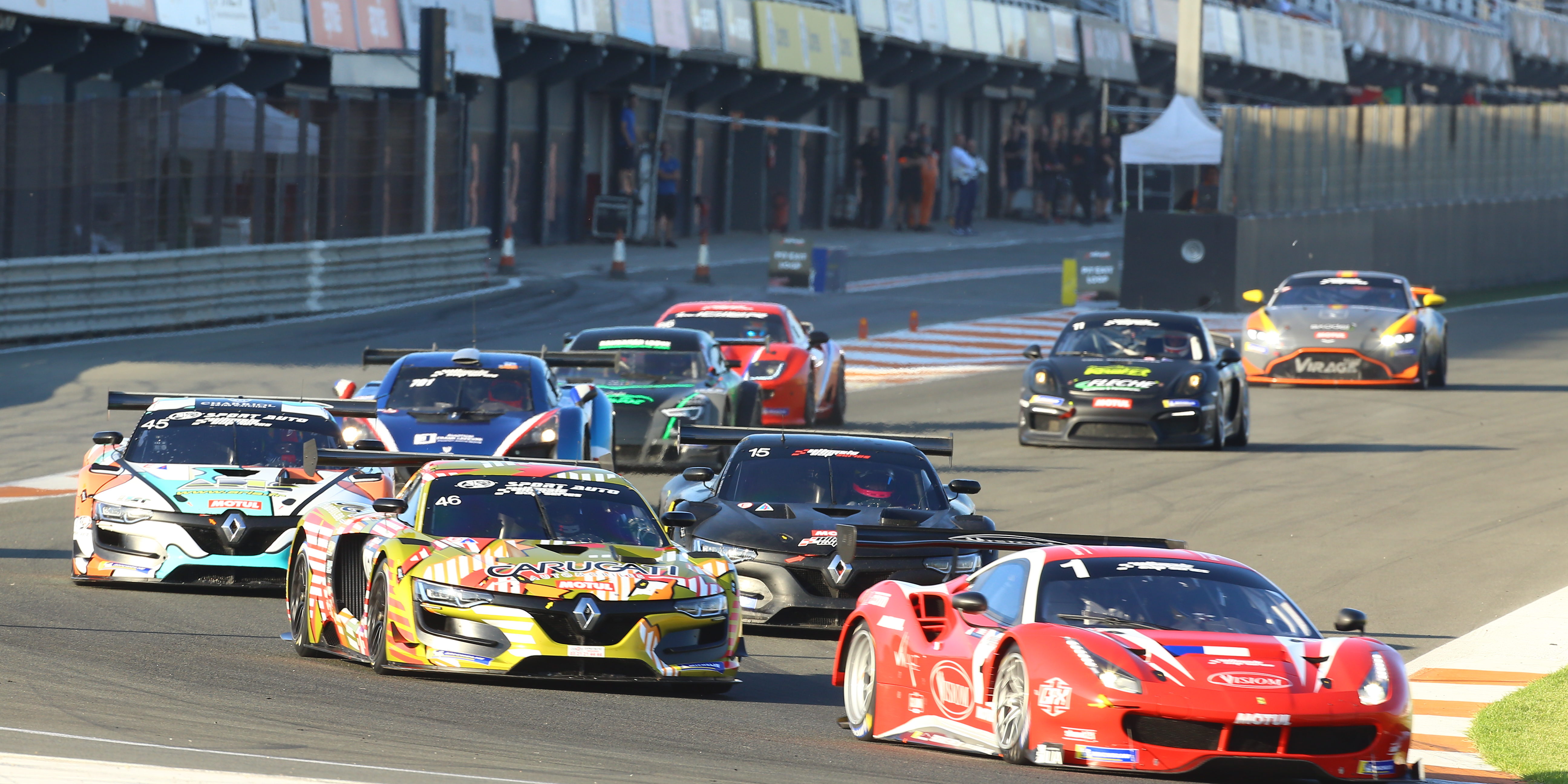 The fifth round of the Ultimate Cup Series ends this Sunday with the last two races on the schedule, on the Ricardo Tormo circuit in Valencia.

GT: Thierry Perrier starts from pole position, behind the wheel of the Ferrari 488 GT3 n°1 of Visiom, with Sébastien Chardonnet and the Renault R.S. 01 n°45/AB Sport Auto at his side on the first line of the starting grid. The poleman manages to maintain the advantage in the first corner, as well as at the end of the first lap. The following lap, the battle raged with his chaser and Chardonnet took the opportunity to raise the Renault n°45 to the top of the hierarchy. Immediately, the gap increased, the leader took the lead while the Ferrari driver maintained his pace in second position. 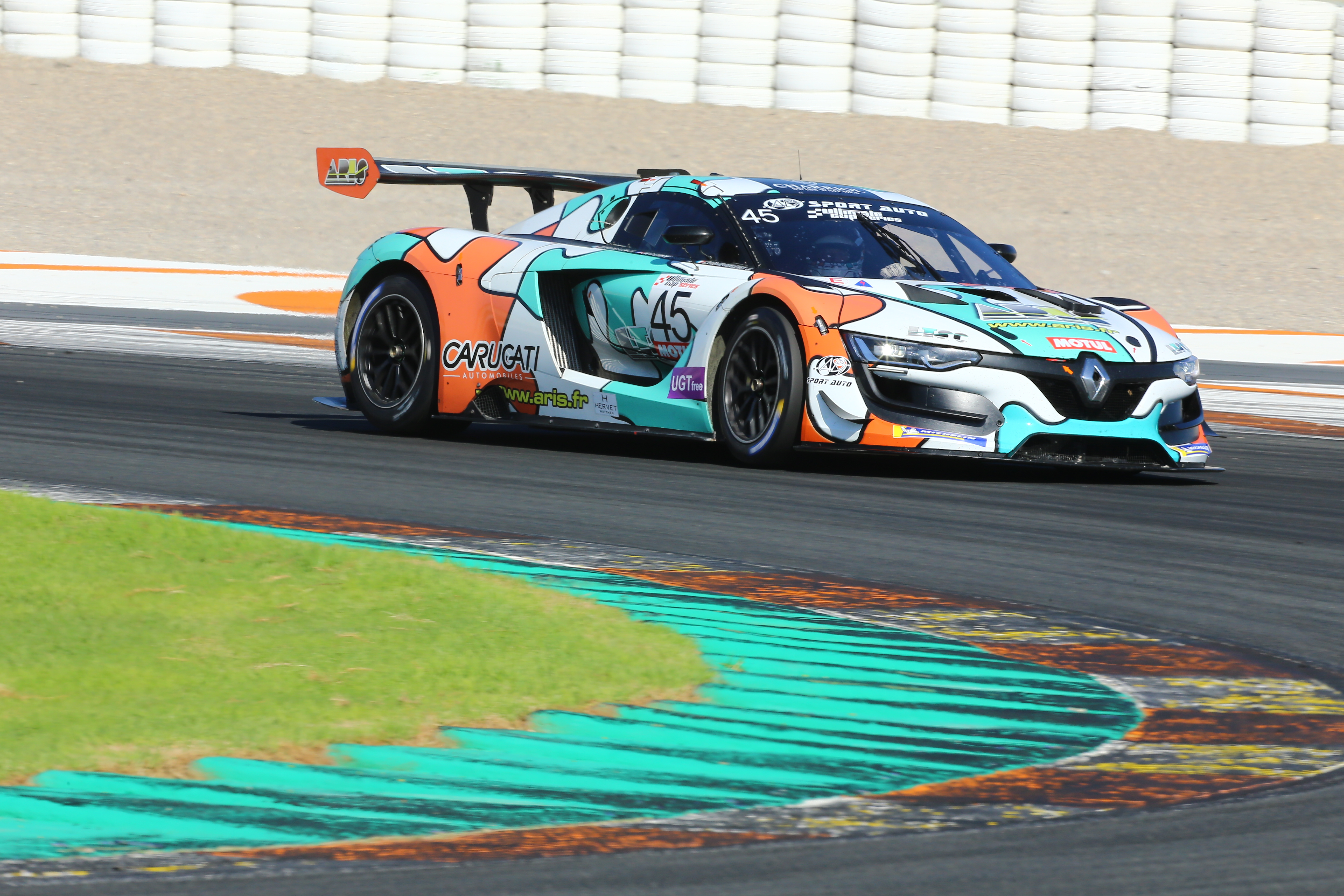 The first break in the pits comes after an hour of racing, the different teams pay their balancing penalty to the crews and then go back to the attack. Perrier leaves the wheel to Jean-Paul Pagny who shows an excellent rhythm allowing him to reach the leader, Franck Thybaud on the Renault n°45, then to overtake him in the second hour. Once in the lead, the driver of the n°1 Ferrari took off while behind, the n°45 Renault saw the n°46 sister car returns, with Tiziano Carugati at the wheel. After the second stop, he came in second but a few laps later, suddenly, the Frenchman was forced to take the car back to his stand due to a gearbox problem. Greg Segers was unable to drive. These events continue to benefit the crew of Ferrari n°1, which is racing alone. 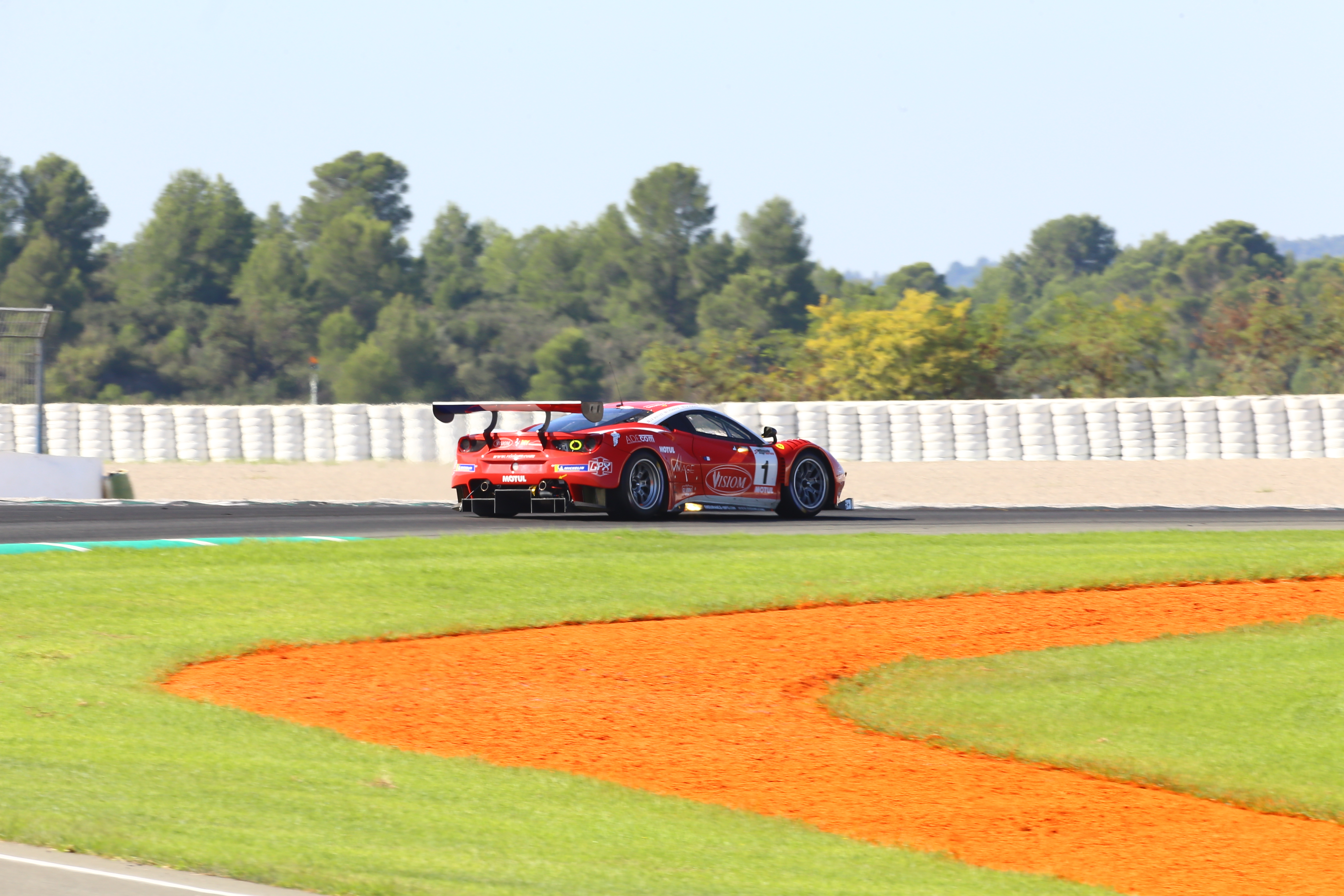 Jean-Bernard Bouvet crossed the finish line and won for the fourth time in a row with his teammates Thierry Perrier and Jean-Paul Pagny. The trio finished the race more than four laps ahead of the drivers of the Renault n°45/AB Sport Auto, Sébastien Chardonnet and Franck Thybaud. The podium is completed by Renault n°15/Krafft Racing, which also scored one lap and 1 min 40s for non-compliance with the minimum driving time. 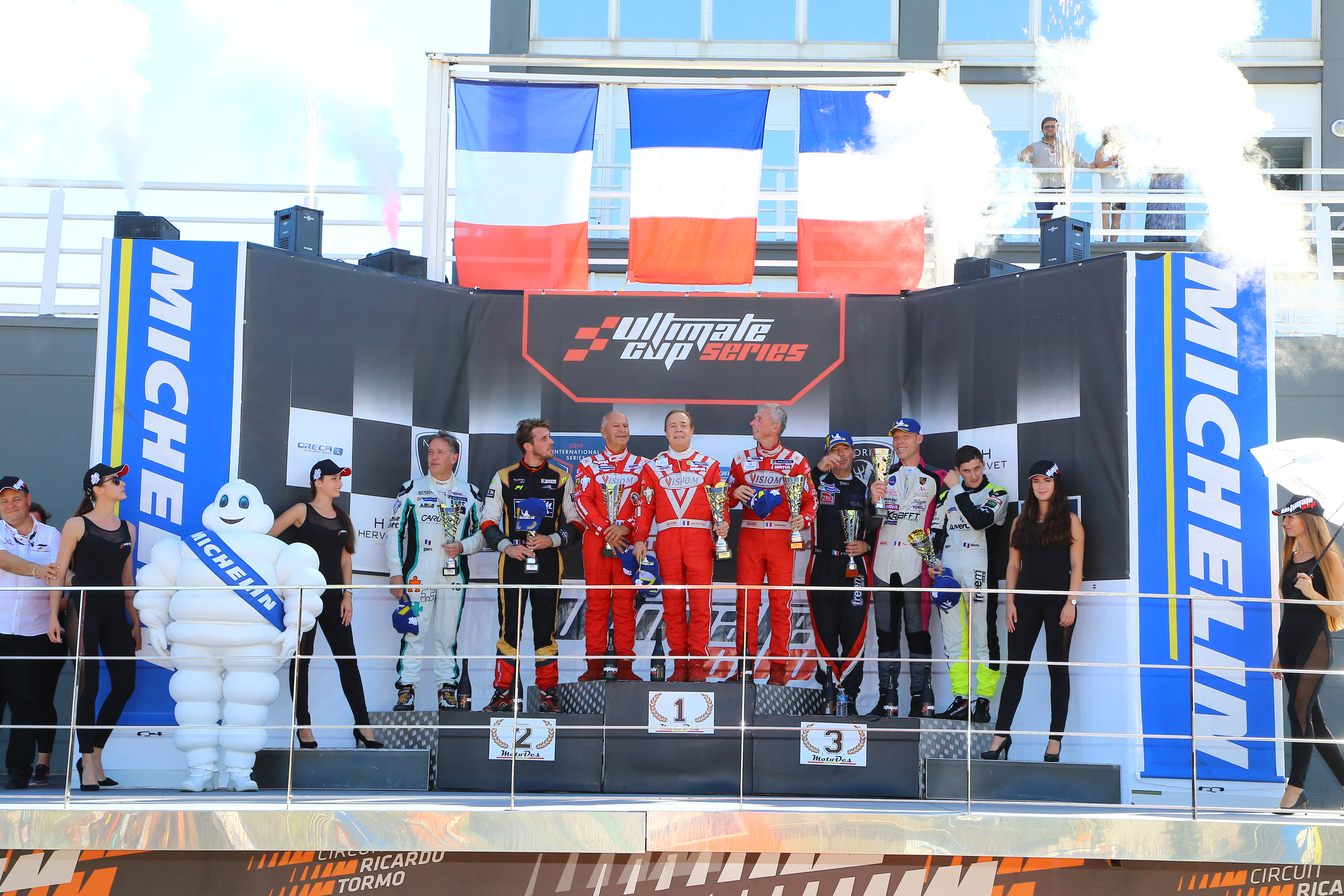 The UGTC category was won by the AB Sport Auto Ligier JS2 R n°56, which started in the Ultimate Cup Series, with Jorge Domingues and Julien De Miguel onboard. 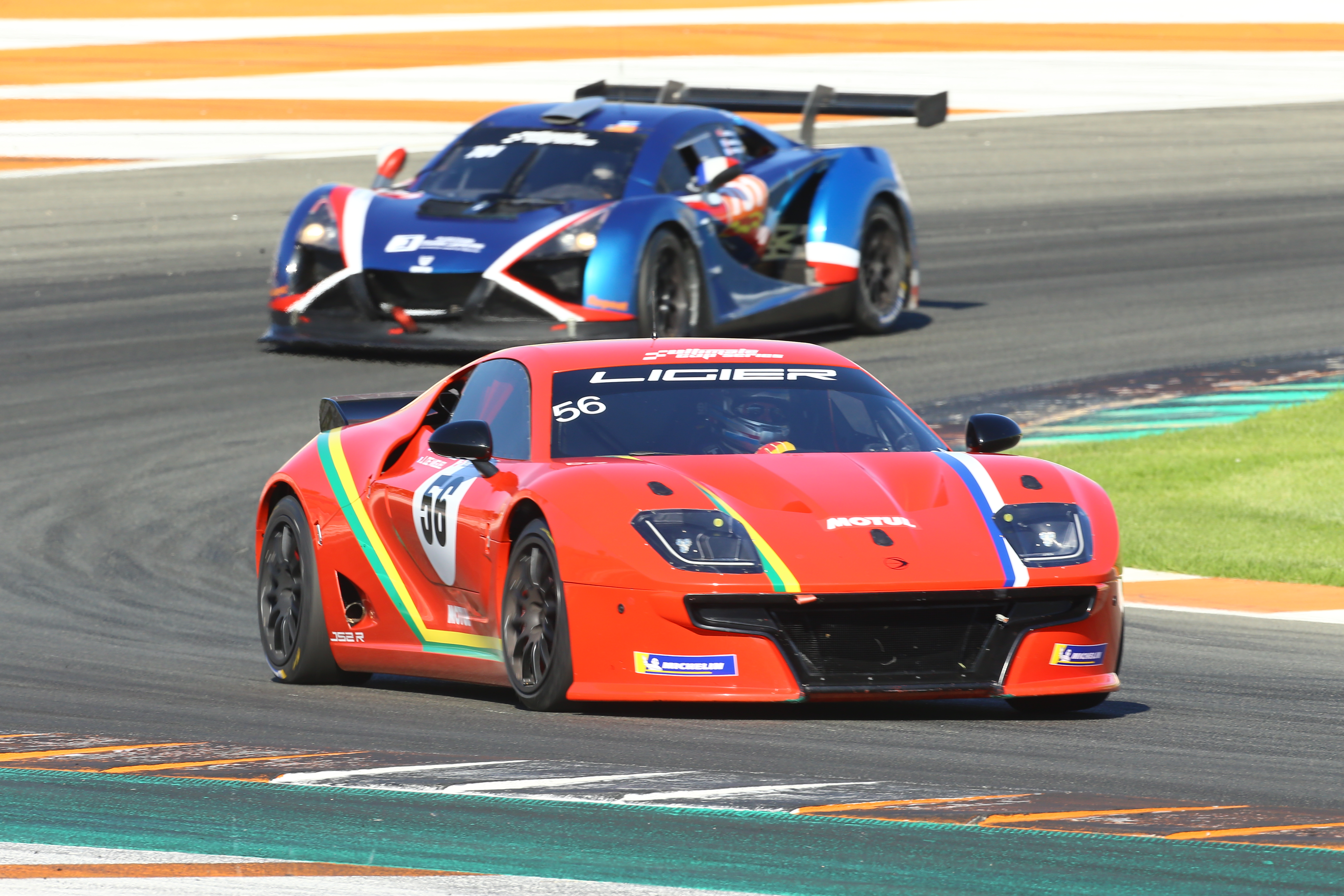 Also for its debut in the championship, the Aston Martin Vantage n°94 of Team Virage won the UGTX race. A very beautiful victory for Julien Gerbi, who shares the management of the team with Philippe Gautheron, and who was making his comeback in competition for the first time in ten years! Julien Gerbi thus climbed the highest step, accompanied by José Antonio Ledesma and Marcini Fedyna. 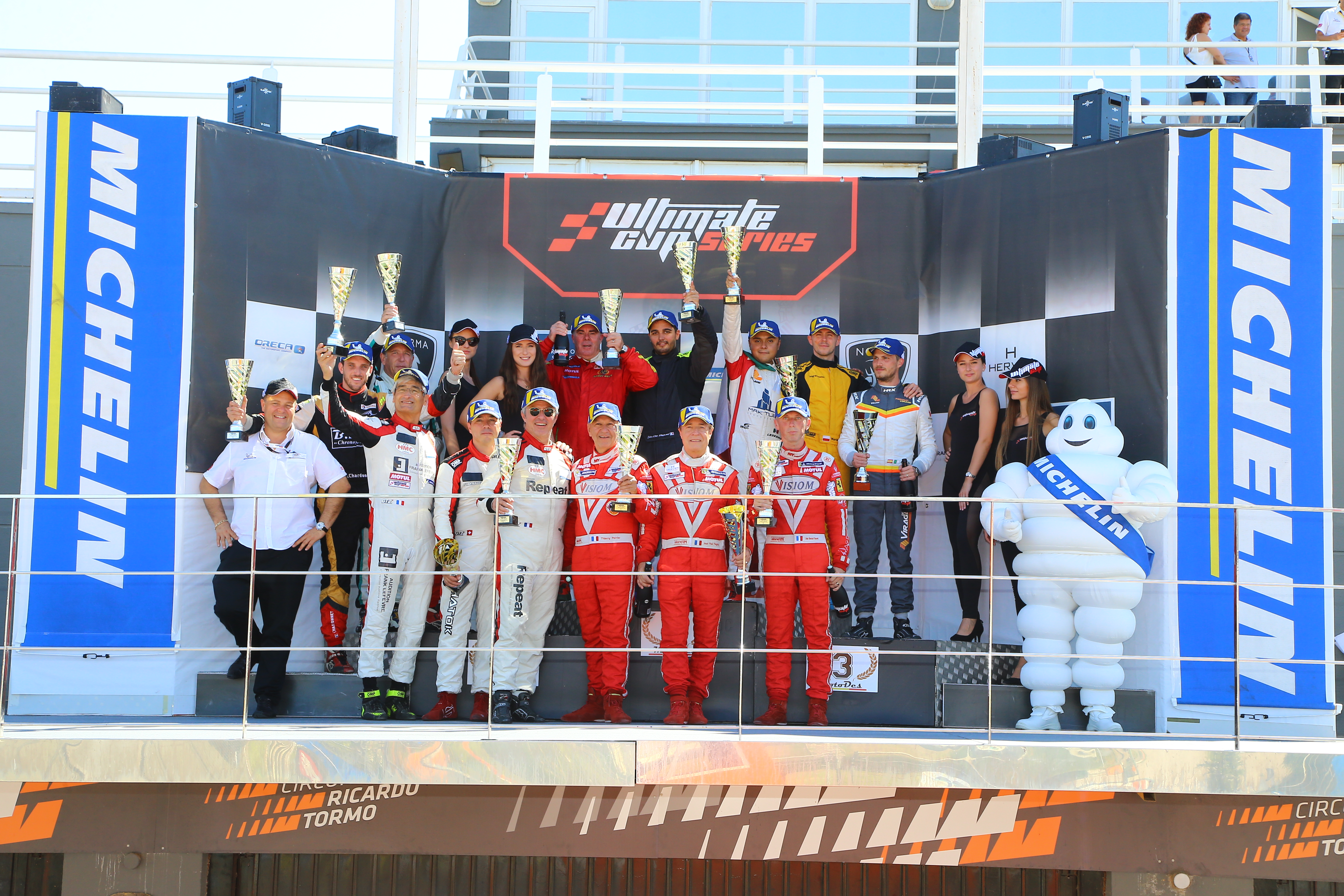 The Vortex V8 n°701 finished fourth in the overall ranking, first of the UGT.

Prototipo Endurance Spain: CN drivers are the last to compete this Sunday. Ivan Nicola Bellarosa took pole position the day before in the Wolf GB 08 Tornado n°45 of Avelon Formula. The Italian driver took off well to protect his position against Frédéric Croullet on the Norma M20 FC n°18/TFT. The leader breaks away and the battle rages behind him for second place. Marc Antoine Danielou, on Norma n°3/Krafft, gradually moves up the hierarchy, just like Matteo Pollini, on Wolf n°44/Avelon Formula. The gap between the two was very slight and Danielou managed to overcome it. In front, the leader made no mistakes whereas his rival, Antoine Miguel, second in Wolf n°44, left the track in turn 12. While the mid-race milestone has been reached in recent minutes, the safety car intervenes. 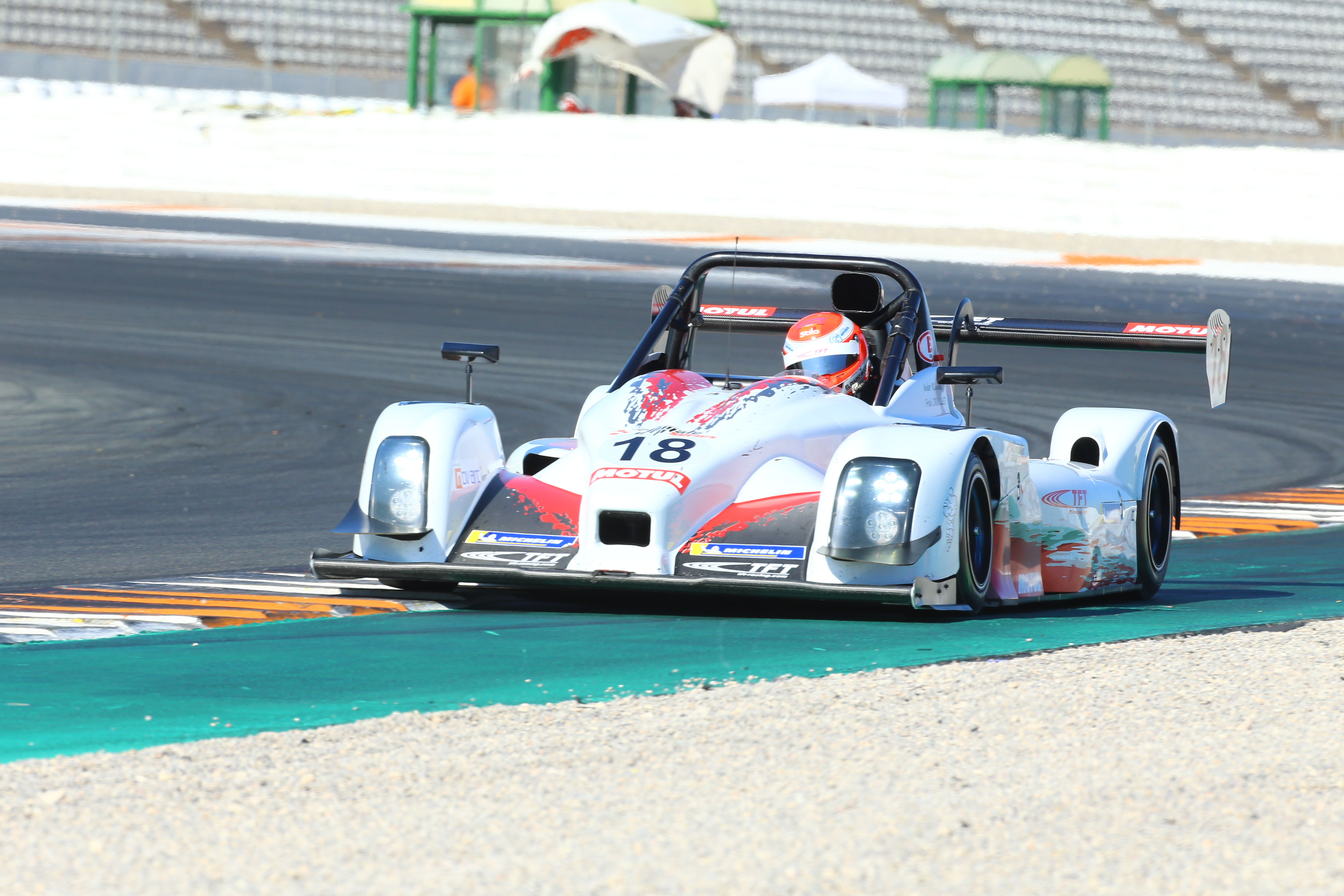 The drivers at the front of the fleet then rushed into the pits but the leadership was still held by Bellarosa. No one will be able to pick him up and the Avelon Formula driver is winning for the third time this season in the overall ranking. Great performance by TFT for its return to competition in this category thanks to the second place of Ander Vilarino and Frédéric Croullet, who won the thermics race. The second team to make its comeback, Palmyra, is also on the podium as Philippe Mondolot, Marc Faggionato and Christophe Kubryk finish in third place.

The leader of the championship, David Cristini, accompanied by Max Bortolami, lost huge this Sunday by not seeing the finish. The Norma n°1 was damaged at the rear while this crew had a real chance of a podium finish.